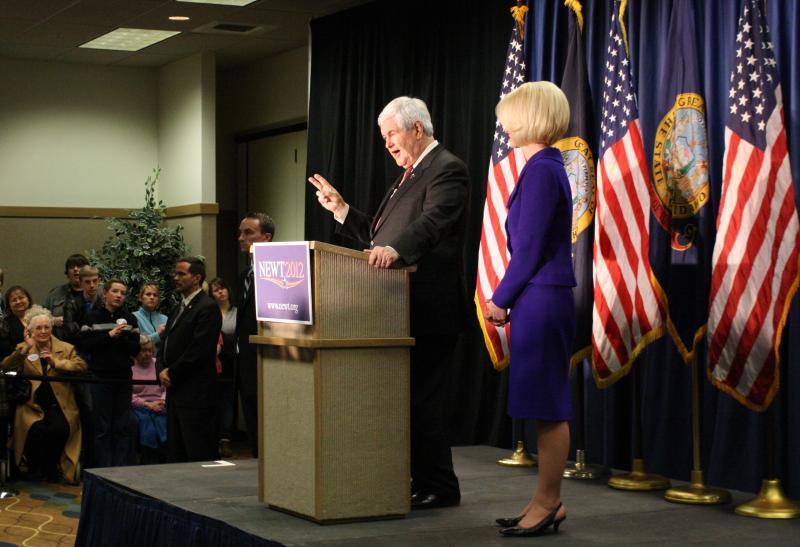 Newt Gingrich: “Barack Obama is, in national security terms, the most dangerous president in our lifetime.”

Gingrich called it “disgraceful” that President Obama apologized to Afghan authorities for Qurans accidentally burned on a U.S. military base.

Correspondent Jessica Robinson talked to voters at the north Idaho event … and found that for many, the race for the Republican presidential nomination is between two candidates.

Cheryl Brock says she came to the Gingrich event undecided. But after hearing the former House Speaker talk about axing the EPA, her mind is made up:

Brock: “It was between Newt and Santorum. I just think Newt can win.”

But Gingrich didn’t quite have Brock’s husband, Travis, convinced.

Lisa Hunter likes former Pennsylvania senator Rick Santorum. He home-schools his kids just like she does. But she’s also drawn to Gingrich.

“I think this is for me probably the toughest election that I’ve ever had to make a decision on.”

One candidate Hunter is not torn about: Mitt Romney. This north Idaho Republican voter says she wants what she calls a “true” conservative to run against President Obama.