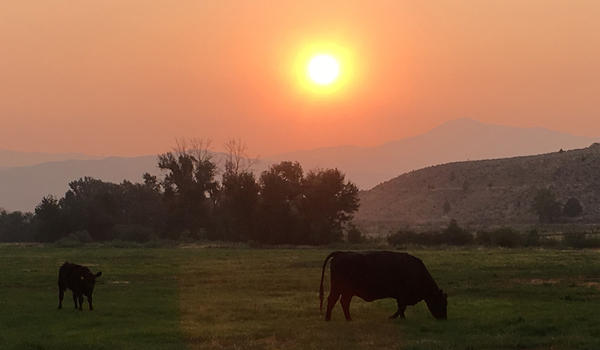 If You Build An Eclipse Camp Will They Really Come?

Ranchers in eastern Oregon are trying to cash in on eclipse visitors by opening their spreads to campers. Some have already signed on hundreds of visitors while others are hoping for a rush of last-minute eclipse-ers.

Ken Bain is hoping this windfall of an eclipse will help buy him some dirt. That’s right: dirt.

It turns out the natural soil around the Haines rodeo grounds where he has worked at for the past 26 years gets way too packed down for fleet-footed rodeo horses. Bain wants to score a bit of eclipse cash to buy truckloads of softer sand.

So he’s organizing an eclipse camp at the rodeo grounds.

“If you pay for three nights you get free with that up to three tickets for breakfast for the cowboy breakfast style—dutch oven,” Bain said. “There will be biscuits and gravy, ham and eggs and pancakes.” 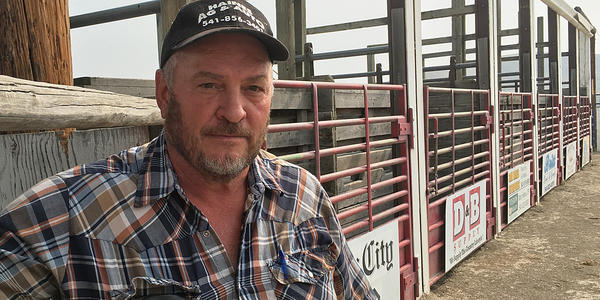 Ken Bain, who runs the Haines Rodeo Grounds, hopes he can get enough eclipse campers to buy some soft sand for his arena and the fleet-footed rodeo horses who run there. Credit Anna King / Northwest News Network

Only problem: Not a lot of takers.

“We’re pretty good at last minute, but I’d love to see more people calling ahead of time,” Bain said. “Anybody interested please do.”

He said they only have a few campers lined up so far.

‘We had higher expectations than probably what was reality’

Kirk Scilacci’s 14,000-acre ranch lies outside of Haines, Oregon. The soft, ankle-high grass and clover is somewhat hard to wade through. But he considers that a selling point.

“I mean you don’t even need a sleeping bag to lay down there,” Scilacci said. “It’s that nice.” 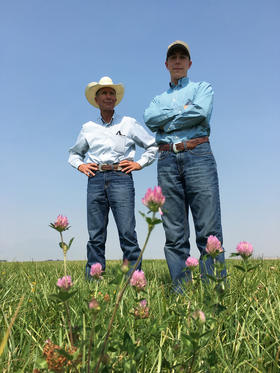 For the eclipse, he’s done his best to set up his own $2,500 website, advertise on Google and place ads on the radio to attract campers.

But so far they have 100 takers on this 40-acre grassy haymeadow that could hold up to 1,000 campsites. Most have signed up just in the last week.

But not knowing how many people are coming presents really tough problems for planning. Scilacci wanted to hire more music bands, food trucks and even bring in portable showers.

“I guess we were pretty enthusiastic, and we still are,” Scilacci said. “I guess we had a lot of, I don’t know what you want to call it. Just higher expectations than probably what was reality.”

He and his family have printed immense posters to line the highway and road with so they might pick up a few stray souls.

“There is no real way to do any demographic research — you’re just shootin’ from the hip. Eventually, we hope it will pay off.”

‘We have something really special here’

But way up in the deep canyon community of Durkee, Oregon, Raeann Van Arsdall’s family is expecting a sold-out crowd. They are setting up a cow pasture for guests. Several hundred visitors and lots of staff are showing up for the four-day party.

To help plan everything, Van Arsdall went with a professional event organizer — from New York City.

“Atlas Obscura is the event company. And they have been planning this for quite a while,” Van Arsdall said. “The eclipse being a huge event for spectators is a huge surprise to us, not to them. They’ve been planning for it.”

Some of what’s being set up includes a huge stage, mega screens, truckloads of imported sand for a beach and beer garden along this creek. Bands are coming in. Astronomers too.

“And all of that will be very exciting for our cow pasture,” Van Arsdall said with a laugh. 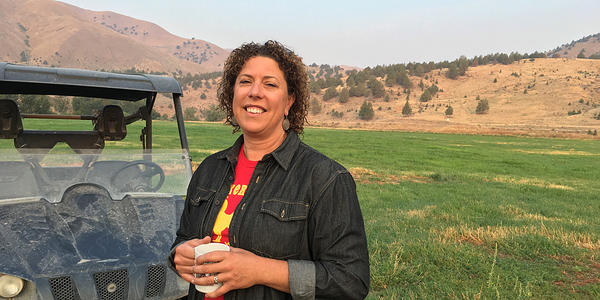 Raeann Van Arsdall and her family are all sold out for a massive festival that will take over their cow meadow. Credit Anna King / Northwest News Network

Running a ranch in modern times is expensive. Although she wouldn’t say what the payment to rent her meadow out will be, Van Arsdall said it’ll help her three-generation family a lot.

Perhaps the best part of all this clamor, is seeing her ranch through fresh eyes.

“We look out over the pasture—we see the fences that need to be fixed and the irrigation that needs to be moved,” Van Arsdall said. “And when someone is here to visit, they don’t see those things.”

Then Van Arsdall spoke about two hired-on Portland artists who came to visit in preparation for the encampment.

“She, on the way out of the pasture, she picked up a great big stick that had washed in from the river and the irrigation,” Van Arsdall said. “She’s like, ‘Can I keep this stick?’ I was like ‘Yes you can definitely keep that stick.’ We have something really special here. We get kind of mired down by all the work that needs to be done. We forget that this is really different from a lot of places in most of the world.”

Van Arsdall said her guests are probably primed for the shadow-show — but her hundreds of angus mother cows don’t know what’s coming.