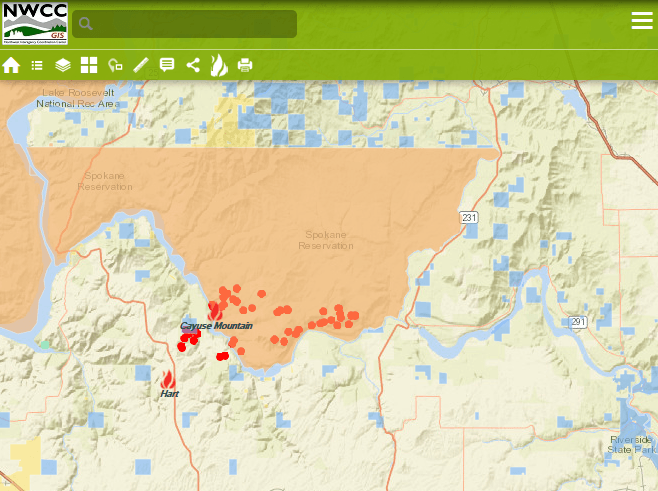 As of 2:47PM Tuesday, August 23rd,  the Hart Road Fire had split into two fires separated by the Spokane River.

The town of Wellpinit, also on the reservation, remains under a Level 2 evacuation order.