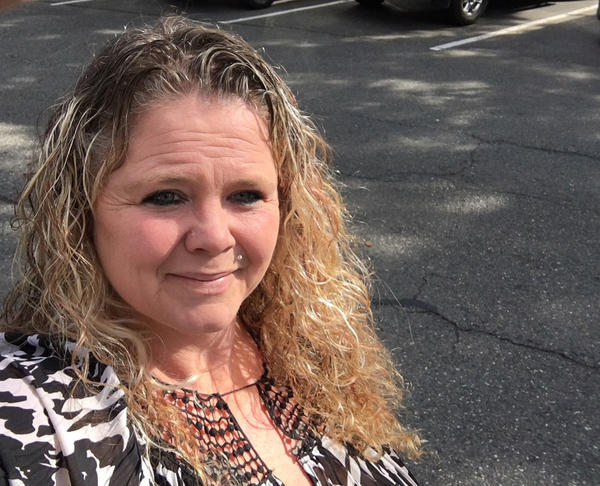 A 911 Call, A Werewolf At The Door And A Family’s Quest To Involuntarily Commit A Loved One

On a recent Wednesday morning, Denise Vermillion stood outside the Thurston County Courthouse and expressed the frustration that had been building inside her for days. 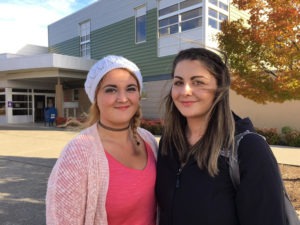 “I have a loved one who’s having some mental issues and we’re trying to get some help for him and it’s been very difficult,” Vermillion said.

Vermillion was talking about her stepson from a previous marriage. His erratic behavior over the last month had resulted in eight calls to 911 from neighbors. Vermillion had the log sheets from the sheriff’s office to prove it.

“We’re just concerned that he’s going to hurt himself or hurt someone else,” she said.

It wasn’t just neighbors who witnessed concerning behavior. So did family members. Vermillion described a disturbing encounter she had had with her stepson, whom we are not naming, a few days earlier when she tried to bring him a cake on his birthday.

The day after that encounter a neighbor called the police to report the stepson was driving recklessly in their cul-de-sac. The sheriff’s deputy who responded made contact with him, but couldn’t get him to engage in a conversation or identify himself. The deputy later wrote in her report that he told her he was “never born” and that he was “a vampire and a werewolf.”

The deputy took him to the hospital for an evaluation. Once there, a Designated Mental Health Professional (DMHP) met with him but determined he didn’t meet the criteria for involuntary civil commitment. He was allowed to go home.

That’s why Vermillion was at the courthouse getting information about filing a Joel’s Law petition. The Washington legislature passed Joel’s Law in 2015 to allow families to ask a judge to involuntarily commit someone. But it’s a hard case to win.

Washington’s Involuntary Treatment Act says that a person can only be detained if they pose a threat to themselves or others or are gravely disabled.

“Civil commitment is the most invasive thing we can do to a person,” said Ian Harrel, Chief Operating Officer of Behavioral Health Resources in Olympia which employs the DMHP who evaluated the stepson.

Harrel wouldn’t speak to this specific case, but said in general the DMHP must weigh the behaviors the person is exhibiting against that person’s civil rights.

That tension is what brought about Joel’s Law—named after Joel Reuter, a mentally ill man who was shot and killed by Seattle police in 2013. The law, which his parents lobbied for, gives immediate family members, guardians and conservators the right to petition a judge to overturn the decision of a DMHP not to detain someone for a 72-hour evaluation.

But since the law took effect in 2015, it hasn’t resulted in a lot of satisfaction for families. Records from the Administrative Office of the Courts show that between July 2015 and March 2017, judges sided with families in Joel’s Law cases only about 13 percent of the time.

So what would happen in the case of Denise Vermillion’s stepson? After she submitted her petition, a judge scheduled a hearing for the following day. Vermillion arrived at the Friday afternoon hearing at Thurston County Family Court with her two daughters.

“[We’re] just hoping that they actually give him the help he needs instead of blowing it off,” said Ashley Nedrow, who described her own upsetting encounter with her brother a few days earlier.

The court hearing was closed to the public. It lasted about 20 minutes. When Vermillion and her daughters walked out of the courtroom, they weren’t smiling.

“So basically the judge denied it because nobody’s had contact with him since he was released,” Nedrow explained.

Nedrow said the judge was sympathetic to the family, but sided with the DMHP because he was the last person to see her brother.

Her mom wasn’t surprised by the outcome.

“I think Joel’s Law has good intentions, but I think the criteria is a bit much,” Vermillion said.

The judge told them they could file another Joel’s Law petition if the situation got worse. But as the family left the courthouse, they said they were concerned that by then it would be too late.