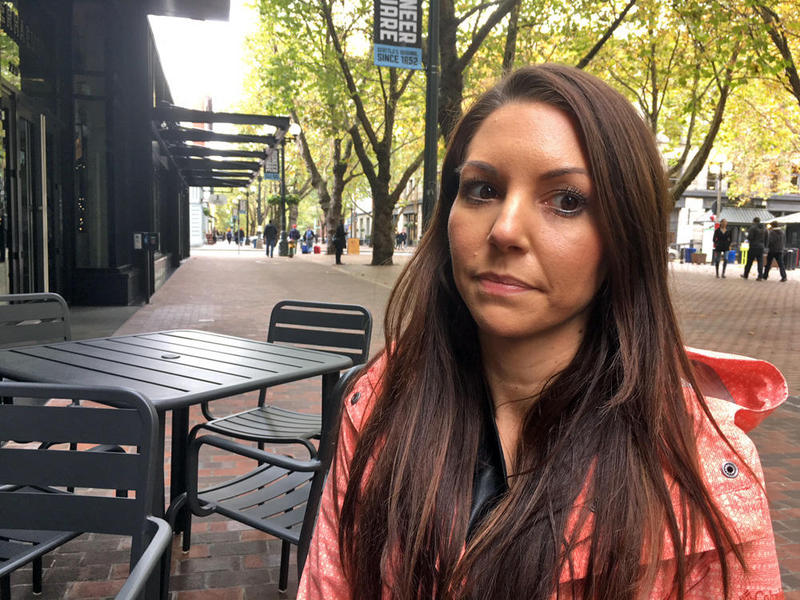 More than 170 women who work or have worked at the state Capitol have signed onto a letter urging sweeping change at the Legislature to end inappropriate behavior and misconduct women say they face on the job.

The “Stand With Us” letter, released Monday, comes after a turbulent last week in Olympia where two former lawmakers faced accusations of sexual misconduct, and a host of women at the Capitol said they often experience sexist or inappropriate behavior, ranging from unwanted comments and touching to groping or harassment.

Often, the women said, they believe the current structure for reporting issues is inadequate, prompting legislators and others to call for change. The letter was delivered to legislative leadership Monday afternoon.

The letter is the broadest call yet for reform following a story last week by The News Tribune, The Olympian and Northwest News Network about the atmosphere for women at the Legislature. Organizers say they started circulating the letter on Friday. So far 42 women lawmakers, dozens of women lobbyists, and some former legislative staffers have signed onto the letter.

There was a bipartisan mix of legislators, including at 32 Democratic women lawmakers and 10 Republicans.

“As women serving and working in the legislative and political realm, we add our voices to the chorus of ‘enough,’” the letter says: “At some point in our lives, every one of us has experienced, witnessed and counseled others through unwanted advances or a range of dehumanizing behavior–from innuendo to groping, from inappropriate comments and jokes to unwanted touching and assault.”

Women at legislatures in at least two other states, California and Illinois, have signed similar letters. Reports of misconduct at statehouses also have emerged in Oregon, Rhode Island, Tennessee and elsewhere in recent weeks.

Many were prompted by the “Me Too” social-media campaign that exploded this year following reports of sexual misconduct by men such as Hollywood producer Harvey Weinstein and cable news host Bill O’Reilly.

The letter in Washington describes an environment at the Capitol where inherent power differentials make coming forward with complaints tricky. Lawmakers control the work – and sometimes the future – of lobbyists and staffers, making women concerned if they report behavior it could harm their careers or legislation they care about.

The House and Senate administrators who run the process are appointed by partisan leaders, compounding the issue, many women say.

The letter states the point explicitly: “We have no safe, neutral place to report our experiences.”

The House and Senate have a zero-tolerance policy for sexual harassment and prohibit behavior such as unwelcome compliments and verbal or physical expressions that are sexual in nature or gender-based. The two chambers have a range of options for addressing violations of harassment policy.

In the Senate, these include engaging a facilitator, raising the issue with an immediate supervisor or requesting a formal investigation by the Senate leadership.

The House has a two-step process that begins with “informal” problem resolution. The next step is a more formal grievance procedure that results in an investigation.

The House is currently reviewing its policies and procedures with the help of an outside consultant. House Majority Leader Pat Sullivan, a Democrat from Covington, said he expects to convene lawmakers, staffers and others to discuss recommendations from the review and decide how best to press forward with policy shifts.

Other legislative leaders have urged change as well or expressed a willingness to examine existing policies to see if there is room for improvement.

Sen. Randi Becker, a Republican from Eatonville and caucus chairwoman, said in a statement: “If there’s anything we can do to improve the Senate’s grievance process so that those who have been subjected to sexual harassment trust the system more and come forward, we owe it to them to do so.”

“It’s clear that many feel there is a need to look into it more deeply,” she said.

Becker signed onto the letter.

Jaime Smith and Tara Lee, spokeswomen for Democratic Gov. Jay Inslee, also signed the letter. Meanwhile Monday, Lee said the governor sent his own letter to all state agency secretaries and directors addressing the issue of sexual harassment and hostile behavior in the workplace.

In his letter, which Inslee asked the agencies to share with their employees, he said his administration is taking a “serious look” at the training it offers employees and the options they have to report inappropriate behavior. Inslee has also asked his agency secretaries and directors to renew their commitment to creating a safe workplace for their employees.

Rep. Laurie Jinkins, a Tacoma Democrat who sent the “Stand With Us” letter to legislative leaders on behalf of its supporters, said Monday she didn’t ask current legislative staff to sign on out of concern they would feel pressured to do so. Jinkins said she is working on a more neutral way for staffers to sign the letter if they choose to.

Senate Minority Leader Sharon Nelson, a Democrat, said in an interview with The News Tribune/Olympian Monday that she had seen the letter and that she wants to work with other leaders in the Senate and House to boost harassment training and reform the reporting process in the Legislature with input from lobbyists and staff.

The letter has no specific policy recommendations. Rebecca Johnson, a lobbyist instrumental in compiling the letter, said those details must be hashed out with legislative leaders after input from a wide range of women who work at the Legislature.

“I think the process of developing what those actual policies look like, what a safe space for reporting looks like, what appropriate consequences look like really have to be developed by all of us there,” Johnson said. “In part because it’s such a unique environment there.”

Johnson said women are urging a cultural shift, too. The letter says signatories are making a commitment to help women who face misconduct, and Johnson said the letter challenges legislative leadership and everyone at the Capitol to help “change an institution and environment that really has failed women for decades.”

Johnson said women have long spoken privately about these issues. But she said now is the first time there has been anything “even remotely resembling a safe space” for women to speak publicly about their experiences with sexual harassment and unwanted attention at the Legislature.

“For those of us who have felt comfortable signing on, that is a huge public step forward,” she said.