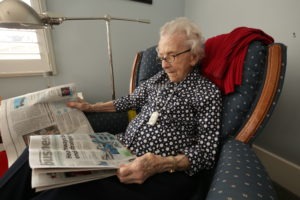 The NWPB-produced forum discussion brings together knowledgeable representatives from: the Washington Department of Social and Health Services, the Alzheimer’s Association, and Southeast WA Aging and Long-Term Care and an attorney specializing in elder law. The forum will take place January 25th, recorded at NWPB’s Tri-Cities studio before a live audience; members of the public can RSVP to join the studio audience.

Sueann Ramella will moderate the discussion, which will be broadcast on NWPB’s television stations KWSU in Pullman and KTNW in the Tri-Cities on Sunday, February 11 and on Tuesday, February 13.