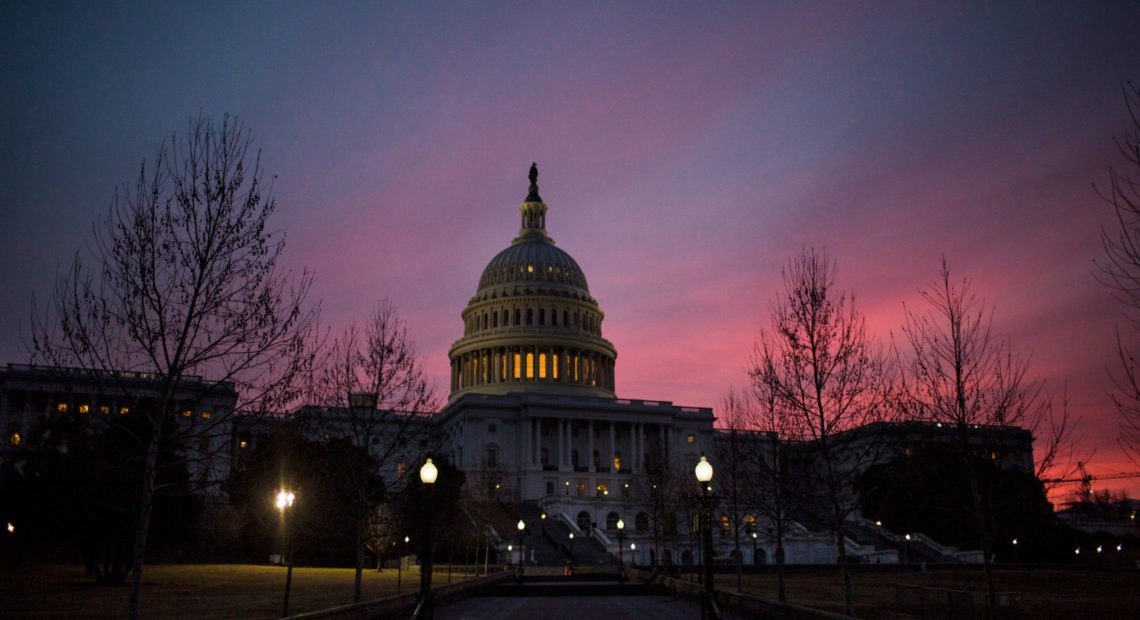 The deal suspends a 2011 budget law championed by conservatives that set hard caps on discretionary spending and included an automatic trigger known as “sequester” cuts if Congress attempted to bust those spending caps.

The bill also included a one-time emergency influx of about $90 billion to help with ongoing recovery efforts for the hurricanes and wildfires that have hit the U.S. in recent months. All told, the bill hikes federal spending about $400 billion through September 2019.

Fiscal conservatives squawked at new spending levels. Sen. Rand Paul, R-Ky., delayed the vote on the bipartisan measure to rail against his fellow Republicans for acquiescing to more spending than they ever did under President Barack Obama. The delays forced a partial government shutdown after midnight, to minimal impact.

The bill was equally delayed in the House after Minority Leader Nancy Pelosi, D-Calif., made an impassioned case to her colleagues this week to vote against a bipartisan measure negotiated by her Senate counterpart, Minority Leader Chuck Schumer.

Many Democrats support the budget deal, but were unhappy with the compromise because it doesn’t tackle immigration — specifically addressing the plight of DREAMers, including the roughly 700,000 immigrants who are in the U.S. illegally after being brought to the country as children and who are enrolled in the Deferred Action for Childhood Arrivals (DACA) program, which is set to expire on March 5.

In the end, however, Democrats declined to hold the spending bill hostage over immigration.

The House ultimately passed the measure on a bipartisan 240-186 vote just after 5:30 a.m. Only 73 Democrats voted for the bill; 67 Republicans voted against it.

The bill faced similar opposition in the House from fiscal conservatives who saw it as a broken promise to their base.

“My commitment to working together on an immigration measure that we can make law is a sincere commitment. We will solve this DACA problem,” he said.