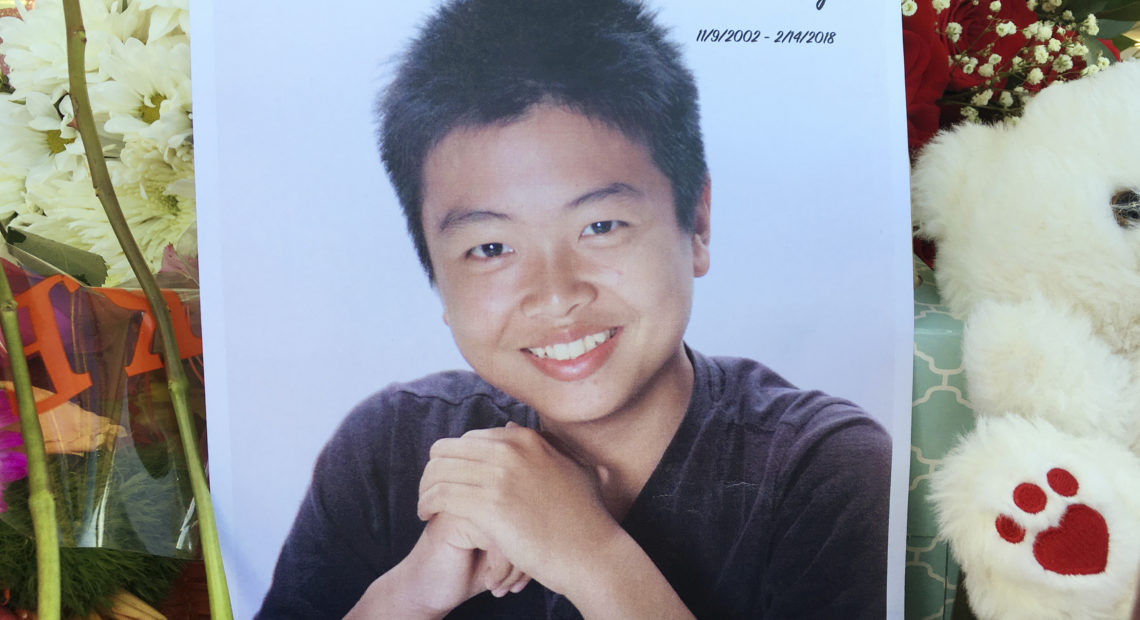 Peter Wang, a 15-year-old member of the Junior ROTC who was killed as he tried to help fellow students escape a mass shooting in Parkland, Fla., last week, has been posthumously admitted to the U.S. Military Academy.

Wang and two other freshmen cadets, Martin Duque and Alaina Petty, both 14, were also awarded the Medal of Heroism – the highest medal given to Junior Army Reserve Officers’ Training Corps cadets.

Classmates and family said that Wang dreamed of attending West Point. The admission to the academy came on the same day as his funeral.

“It was an appropriate way for USMA to honor this brave young man,” the academy said in a statement. “West Point has given posthumous offers of admissions in very rare instances for those candidates or potential candidates whose actions exemplified the tenets of duty, honor and country.”

Wang was reportedly wearing his gray Junior ROTC shirt when he was killed while holding the door open so others could escape a gunman who fatally shot 17 people at Marjory Stoneman Douglas High School last Wednesday.

“He saved people’s lives,” Victoria Downing, one of Peter’s classmates, said at his funeral service, according to The Sun Sentinel. “He deserves it.”

“Wang was buried Tuesday in uniform, at his family’s request, and the JROTC Heroism Medal was on his uniform, said Lt. Col. Christopher Belcher, spokesman for Army Cadet Command. A second medal was given to the family as a keepsake, he said.

A medal was presented to Petty’s family at her service Monday morning.

On Saturday, Duque’s family will receive the medal at his service.”