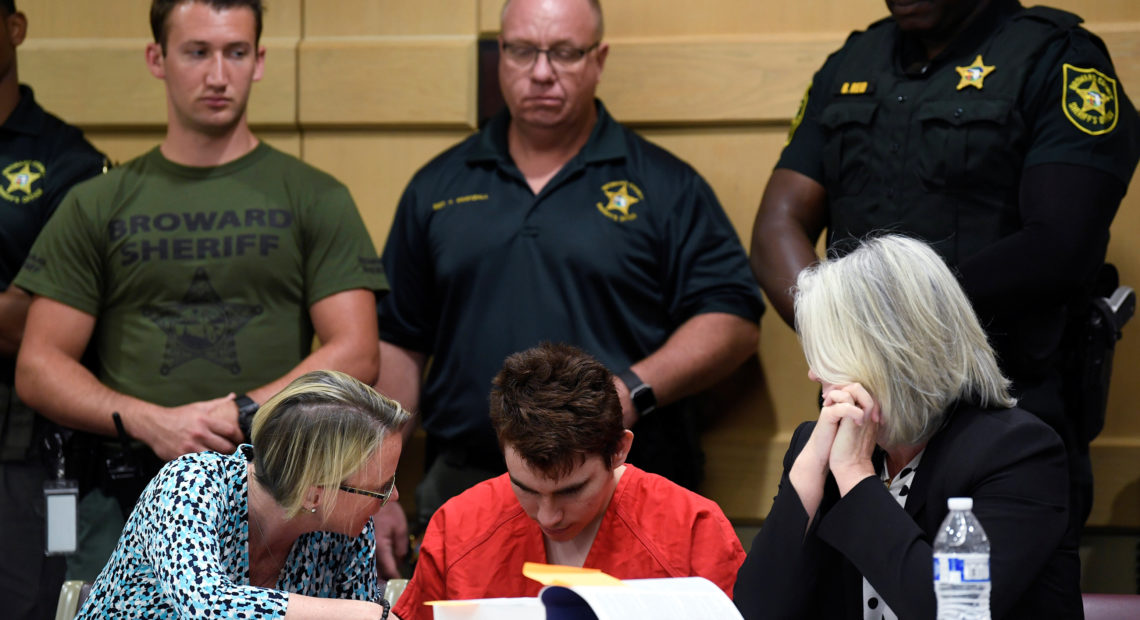 PHOTO: Nikolas Cruz has been represented by attorneys appointed by the Broward Public Defender’s Office — but a judge is now weighing whether he can afford his own legal team. Cruz stands to inherit thousands of dollars. CREDIT: SUN-SENTINEL

Facing a potential death penalty over a school shooting in Parkland, Fla., and standing to receive $25,000 from his mother’s life insurance policy — and possibly much more than that from her estate — Nikolas Cruz wants the money to go to a group named by the victims, his attorneys say.

That news emerged from a recent court hearing about Cruz’s finances, which included the question of whether the 19-year-old can afford to hire a lawyer. Cruz has confessed to killing 17 people at Marjory Stoneman Douglas High School in February.

“Broward County’s Public Defender’s Office has represented Cruz since he was charged with the shootings in Parkland. Since then, the court has learned Cruz stands to receive $25,000 from his mother’s life insurance policy. She died last year. The court is also trying to determine the value of Cruz’s mother’s estate, now tied up in probate.

“Public Defender Howard Finkelstein said Cruz is willing to donate any available funds to a group named by the victims and over the objections of prosecutors, once again said his client wants to plead guilty as part of a deal to avoid the death penalty.”

Cruz and his younger brother lived in the affluent Fort Lauderdale suburb of Parkland, Fla., after they were adopted by Roger and Lynda Cruz. As NPR has previously reported, Roger Cruz died when the boys were young. The size of Nikolas Cruz’s potential inheritance from his mother’s estate has been reported to be as high as $800,000.

A fund that was set up to receive donations for the victims of the shooting and their families has raised more than $7 million, with a goal of reaching $10 million by June 30, according to the GoFundMe page for the Stoneman Douglas Victims’ Fund.