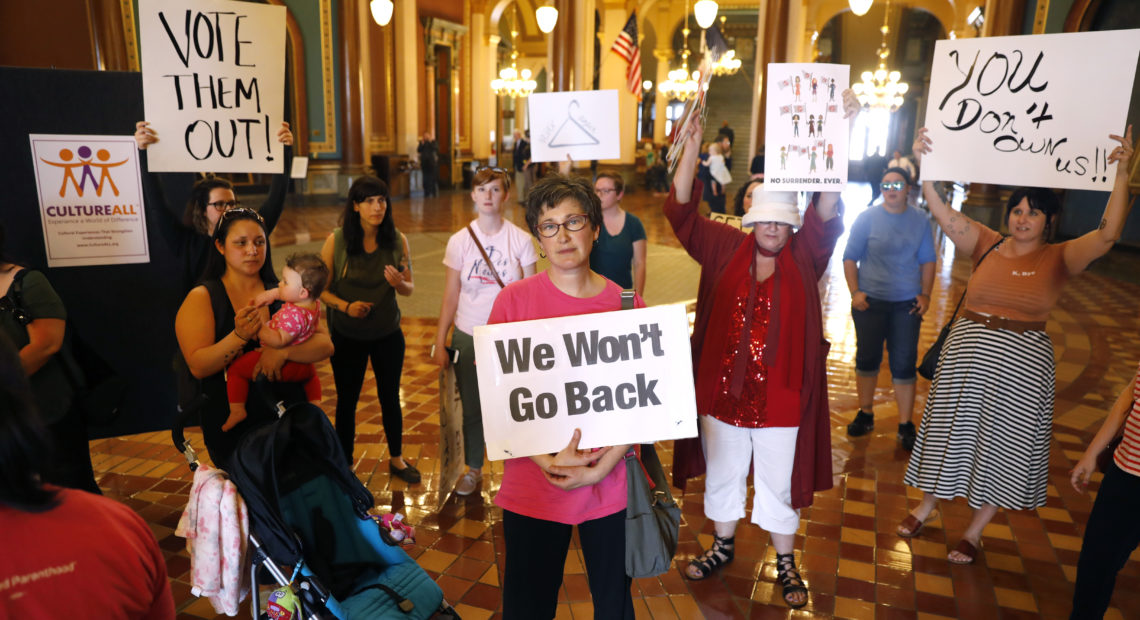 Less than two weeks after Iowa adopted a law banning most abortions after about six weeks of pregnancy, Planned Parenthood and the ACLU of Iowa have filed suit, seeking to prevent the law from taking effect.

Scheduled to take effect on July 1, Iowa’s law is one of the most restrictive abortion measures in the U.S. The measure was signed by Iowa Gov. Kim Reynolds on May 4, days after it was approved by the state legislature.

As member station Iowa Public Radio has reported, the legislation imposes a ban on “most abortions after about six weeks into a pregnancy, with some exceptions for rape, incest, fetal abnormalities, and to save the life of the mother.”

Critics say that the law would make abortions illegal in cases where women may not yet have realized that they’re pregnant. Iowa’s current law allows most abortions up to 20 weeks into a pregnancy. The lawsuit was filed in Iowa state court.

“Not only is this law blatantly unconstitutional — it’s extremely harmful to women,” Planned Parenthood said in a statement about the lawsuit. The group says that Iowa’s legislature ignored the legal rights guaranteed in the Supreme Court’s Roe v. Wade decision, as well as Iowa’s own constitution.

“Enough is enough,” said Dawn Laguens, executive vice president, Planned Parenthood Federation of America. “Gov. Kim Reynolds has no right to impose her beliefs on Iowa women. We will not back down until every person has the freedom and opportunity to make the health care decisions that are best for them and their families.”

When she signed the bill into law, Reynolds acknowledged that it would likely start a court battle.

“I understand and anticipate that this will likely be challenged in court, and that courts may even put a hold on the law until it reaches the Supreme Court,” the governor said “However, this is bigger than just a law. This is about life. I am not going to back down from who I am or what I believe in.”