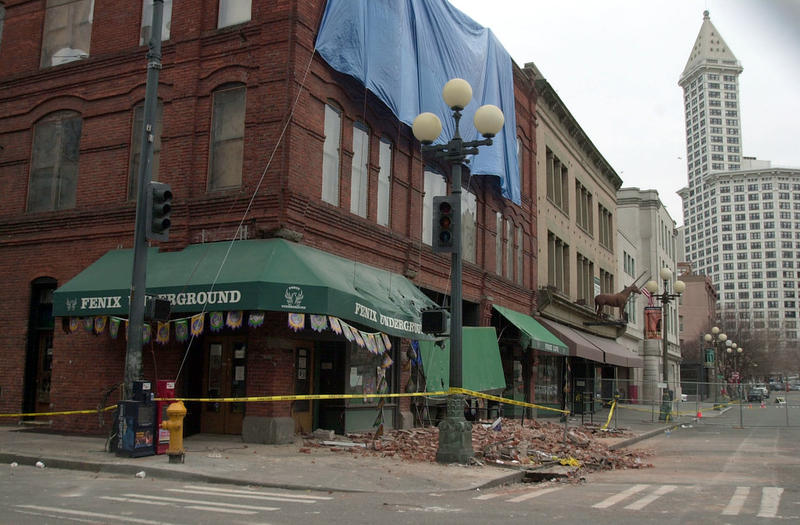 After years of debate, the Portland City Council took a big step this week toward making the city’s old brick buildings more earthquake-safe.

The Council voted unanimously for a resolution that would require owners of unreinforced masonry buildings to retrofit their properties. Those buildings, nicknamed URM’s, are at high risk of collapse in an earthquake.

The resolution leaves most of the details to be worked out. City staff would develop new language for the building code that would be “substantially similar” to a set of earlier recommendations submitted to the Council. Staff would report back to the Council within one year.

That gives the city time to work with the community and bring people together around a new ordinance, according to Mayor Wheeler.

But the timeline did not sit well with Commissioner Dan Saltzman. Although he voted in favor of the resolution, he expressed his misgivings.

“I fundamentally think we are allowing too much time to make changes that will save lives in a major seismic event,” he said. “It’s postponing the day of reckoning.”

The recommendations to the Council target critical structures like hospitals, police and fire stations and utilities for the most extensive retrofits to be completed within ten years. Schools, theaters, churches and other high occupancy buildings are next on the list. They would have up to 20 years to complete retrofits that would allow the building to survive an earthquake with only minor damage.

Portland city planners identified more than 1,600 old brick or unreinforced concrete buildings that would crumble in an earthquake. Seattle is close behind with 1,150 vulnerable buildings. Most are apartments or commercial buildings built before 1950 or so, and you can find them in pretty much every historic downtown district in the Pacific Northwest.

Policymakers in Seattle are closely following the developments in Portland as well as in California. Seattle’s Office of Emergency Management is working on a revised earthquake retrofit proposal that probably won’t come before its city council until next year.

In Portland, owners of URM’s organized a vigorous opposition to the proposed mandates, warning the council that its actions could increase rents and lead to the loss of affordable housing.

At Wednesday’s council meeting in Portland, several African-American church leaders testified the requirements would put a huge financial burden on their congregations.

“We are concerned about safety, safety is our number one thing,” said Pastor Roy Tate of Christ Memorial Church. “But we want to make sure that our places of worship, places where we have put our sweat and tears, and people before us have invested….that somehow or another because we cannot afford to have our houses of worship to be earthquake-proof that the city ends up taking over our property,” he said.

In response to those concerns, the Council approved an amendment that directs staff to come up with funding and financing options specifically for churches and other non-profits.

The Council also moved to require building owners to post large notices to inform residents and visitors that their properties are potentially dangerous in an earthquake. The language of the proposed notice was copied from San Francisco, a city which does require the seismic retrofit of URM buildings.