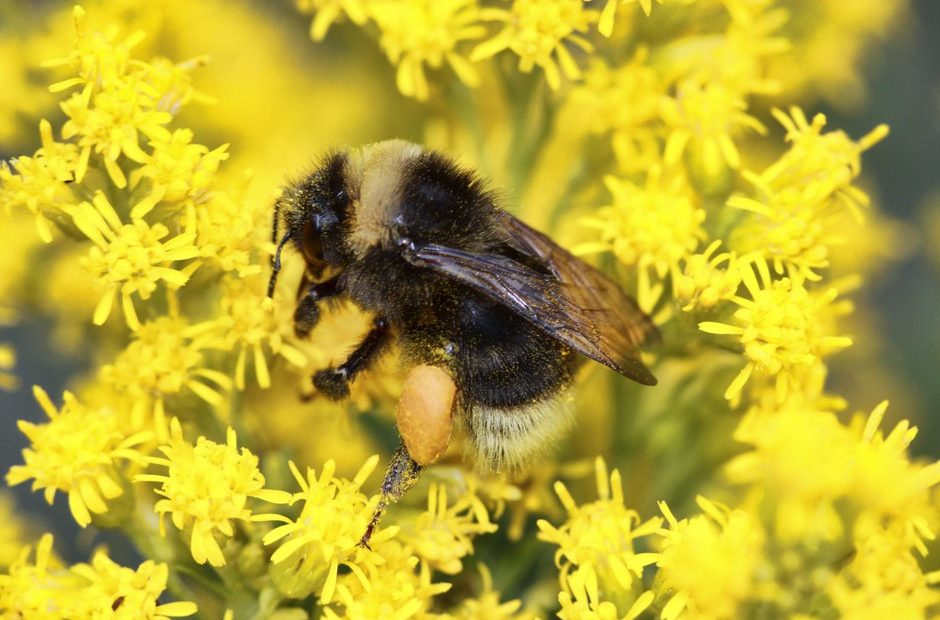 Hundreds of citizen scientists have begun buzzing through locations across the Pacific Northwest seeking a better understanding about nearly 30 bumblebee species.

Bumblebees, experts say, are important pollinators for both wild and agricultural plants, but some species have disappeared from places where they were once common, possibly because of the same factors that have been killing honeybees.

“It’s really important for us as humans to study these species systems for animals that are the little guys that make the world go around,” said Ann Potter of the Washington Department of Fish and Wildlife, one of the entities in three states — Oregon and Idaho are the others — participating in the three-year Pacific Northwest Bumble Bee Atlas project.

Researchers hope to accumulate enough information to recommend ways to conserve bumblebees and their habitat.

“There’s more and more interest in restoring habitat for pollinators,” said Rich Hatfield of the conservation group, the Xerces Society.

Citizen scientists are being dispatched to selected 2.5-acre (1-hectare) sites with insect nets, plant and bee guides, and an app for smartphones so findings can be recorded, photographed, mapped and sent to a central database. Researchers say just more than 200 have signed on to visit 400 sites through the end of August. More volunteers are needed, Hatfield said, especially to work in more remote areas.

Bees are captured and put in a chilled cooler so they go into a state of lethargy. Diagnostic photos are taken, and the bees are released unharmed when they warm up.

Bumblebees, unlike honeybees, don’t overwinter in a hive. Bumblebees build nests, typically in holes in the ground, and generally only number a few hundred individuals by the time fall arrives. Any honey they produce they consume.

With the arrival of winter, all bumblebees die except a few fertilized queen bees that in the spring head out alone to start a new nest and produce worker bees, beginning the cycle over.

“Here’s a species that spends a big part of its life as a vulnerable queen,” said Andony Melathopoulos of Oregon State University. Bumblebees have “this really fascinating solitary phase.”

Honeybees are imports from Europe brought in as agricultural workers to pollinate crops. Native bumblebees also help pollinate crops. But when it comes to native North American plants and some crops, the more robust bumblebee with its ability to “buzz” pollinate by grabbing onto an entire flower and shaking the pollen loose is for some plant species the only insect up to the task.

The Western bumblebee, once considered common and widespread, has disappeared from much of its former range. Clues as to why Western bumblebee populations have plummeted are being sought in the current study.

“We really don’t know a lot about them,” said Ross Winton of Idaho Fish and Game. “The more we learn, the more concerned we get.”

The Pacific Northwest Bumble Bee Atlas could ultimately be an example for other states interested in learning more about how bumblebees are doing.

“It is a model for other states,” Melathopoulos said. “I think everyone is looking at the Pacific Northwest and this initiative as a test case.”

The study is being paid for by the U.S. Fish and Wildlife Service in Idaho and Washington, and in Oregon by another government entity called the Foundation for Food and Agricultural Research.

Collaborators include the Washington Department of Fish and Wildlife, Idaho Fish and Game, Oregon State University, The Oregon Bee Project, the Oregon Department of Agriculture and the Xerces Society, an environmental group that works to conserve invertebrates.