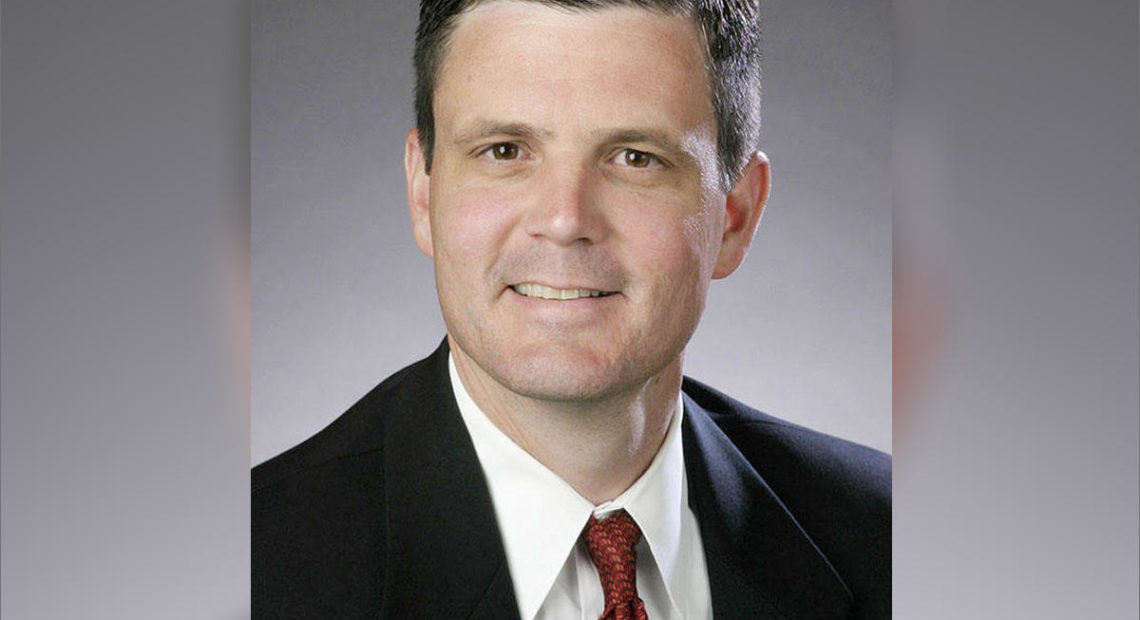 Calling former Washington State Auditor Troy Kelley “as unrepentant as any defendant in memory,” federal prosecutors are asking that a judge sentence him to more than seven years in federal prison when he is sentenced Friday in U.S. District Court in Tacoma.

By contrast, Kelley’s defense lawyer—describing his client as a person of “high character”—is proposing Kelley receive a sentence of five years’ of probation, including six months of home detention.

The dueling requests are contained in lengthy memos submitted to the court by both sides in advance of the sentencing later this week.

Kelley, a Democrat, was convicted in December 2017, following his second trial, of possession of stolen funds, making false declarations and filing false tax returns. He was acquitted of five money laundering charges and a conviction for tax obstruction was later dismissed.

Kelley’s first trial, in 2016, ended with the jury acquitting him of making false statements to the Internal Revenue Service and deadlocking on all other counts.

“As evidenced by the nine acquittals and dismissals of charges in this case, and the hung jury at the first trial … reasonable persons might dispute whether Troy Kelley committed any crime,” wrote Kelley’s attorney Angelo Calfo in his pre-sentencing memo.

In the memo, Calfo seeks to portray Kelley as an honorable man—husband, father, attorney, public servant, member of the National Guard–who was unfairly targeted by the federal government in a “politically-charged” prosecution that turned a breach of contract matter into a criminal case. He cites an unsolicited letter from a juror in the first trial that urges the judge in the case, Ronald Leighton, to “exhibit mercy” when he sentences Kelley.

“I do not believe incarcerating Mr. Kelley is merited by the case brought against him,” wrote the former juror, Mark Messigner of Olympia, in the June 14 letter. “I argued and voted for guilty verdicts on some of the charges brought against Mr. Kelley. However, I was and continue to be perplexed as to how any of the charges found their way to your court.”

By contrast, in its memo, the government describes Kelley as someone who “presents himself to the world as the consummate rule follower,” but who engaged in “a sprawling, ten-year course of criminal conduct.”

Specifically, prosecutors say Kelley stole $3 million from escrow company clients, sought to hide the money through a series of bank transfers and destroyed records to cover his tracks. Later, they say, he lied about his actions and then, “in a stunning display of audacity” ran for state auditor “knowing he had stolen millions of dollars from Washingtonians—and used some of that stolen money to finance his campaign.”

In arguing for an 87-month sentence, prosecutors say the judge should consider Kelley’s background as the state’s former “chief fraud watchdog,” as well as his unwillingness to “accept responsibility” for his actions.

“Kelley, of all people, should understand the seriousness of theft, perjury, and tax fraud,” wrote prosecutors.

The case against Kelley stemmed from his work in the real estate services industry during the pre-Great Recession bubble prior to his election as state auditor in 2012. From the early-to-late 2000s, Kelley also ran a small real estate services firm called the Post Closing Department that tracked property closings to ensure that banks cleared their lien after a loan was paid off. This is known as a reconveyance.

Kelley’s clients were title and escrow firms. They would collect a reconveyance fee of between $100 and $150 at closings and then forward that fee to Kelley’s company.

According to federal prosecutors, Kelley was entitled to regain a $15 to $20 tracking fee, but was obligated to refund the remaining funds to borrowers if they weren’t needed to complete the reconveyance. In most cases, the banks cleared their interest in a property without the Post Closing Department having to intervene.

But prosecutors said Kelley often retained the entire fee unless customers complained, in which case he would issue a refund.

Kelley’s defense argued that home sellers agreed to pay the fees and got a service in return, and therefore no theft or possession of stolen money occurred.

“In short, there is no basis for concluding that escrow customers are victims for purposes of sentencing,” the defense’s pre-sentence memo says.

Kelley, who did not testify at his trials, also maintained he was entitled to keep the fees and that his conduct was consistent with industry practices at the time.

In 2008, class-action lawsuits were filed on behalf of borrowers against several of the nation’s title and escrow company clients operating in Washington, alleging they charged consumers duplicate reconveyance fees. Kelley wasn’t named as a defendant in the lawsuits, but two of his escrow company clients were.

Two days after the lawsuits were filed, prosecutor said Kelley sent a refund to the lead plaintiff in one of the lawsuits along with a letter falsely claiming it was the second attempt to refund him.

A month after the lawsuits were filed, Kelley moved approximately $3.6 million in reconveyance fees he had amassed over the years through a series of bank transfers. He eventually parked the money in an account that was linked to an offshore trust in Belize. Prosecutors alleged this was an effort to hide stolen money. Kelley’s defense later argued this was a legal asset protection strategy.

The class-action lawsuits were ultimately dismissed, but one of Kelley’s clients—Old Republic Title—sued him for breach of contract. Kelley later settled that lawsuit for more than $1 million and no admission of wrongdoing. Kelley’s convictions for making false declarations stem from his testimony in civil depositions related to that lawsuit.

Kelley’s actions came to light during his 2012 campaign for state auditor when his opponent published some of the court documents on a website called www.factchecktroykelley.com. This triggered media reports and questions about his past business practices.

Kelley responded by accusing his opponent, Republican James Watkins, of playing dirty politics. He called the allegations against him in the civil litigation “completely absurd.” At the time Kelley said he’d never even been audited by the IRS. “If half the stuff was true, yeah, you’d think I’d have an audit, right … we’re 100 percent above board,” Kelley said at a news conference in 2012.

Despite the questions about his past business practices, Kelley won the auditor’s race and took office in 2013. However, just three months into his term Kelley was interviewed by special agents from the IRS. It was the first indication that he was under federal investigation—although the public wouldn’t know until about it until two years later. In March of 2015, federal agents searched Kelley’s Tacoma home while he was out of town with his family. The next month, a federal grand jury indicted him.

In his pre-sentencing memo, Calfo says his client is ready to start life “anew after the wreckage of fierce civil litigation, a lengthy grand jury investigation, and two criminal trials, all of which have devastated Troy financially, emotionally, and even physically.”

The defense has also submitted to the judge more than 40 letters of support for Kelley.

Prosecutors insist that Kelley should spend time in prison and they maintain the 87 month sentence they’re asking for is on the low end of the sentencing range that’s applicable in the case.

“A guideline sentence is necessary to promote respect for the law in light of Kelley’s repeated and continuing display of contempt for the law,” the government writes in its memo.

In addition to seeking prison time, federal prosecutors are asking the court to order Kelley to forfeit $1.4 million.

Kelley is scheduled to be sentenced at 9 a.m. on Friday. His attorneys have indicated they plan to appeal his conviction following sentencing.