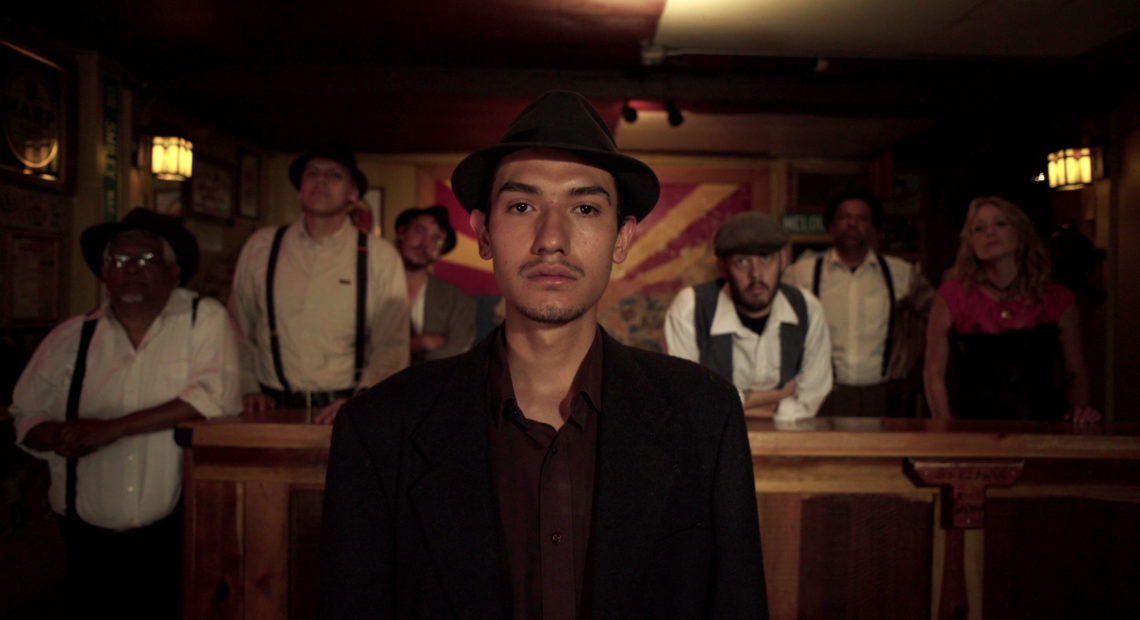 “This town could keep a secret,” says one of the small-town Arizonans who appears in Bisbee ’17. But the people who most wanted Bisbee’s secret kept — the executives of a copper-mining company — are long-gone. And a centennial is a fine opportunity to discuss events of the past, however unspeakable they once were.

The not-quite-secret history told in Robert Greene’s thematically rich, narratively canny film involves the 1917 roundup and banishment of some 1,300 striking miners. A century ago, brother literally turned against brother when Bisbee’s copper baron mobilized a compliant sheriff and more than 2,000 deputized vigilantes against men organized by the International Workers of the World (a union then considered the country’s most radical).

The primary issues were, as usual, money and control. But there was something else, Bisbee’s civic chroniclers reveal. About 90 percent of the workers who were expelled (to New Mexico, not from the country) were foreign-born. Most were Mexican and Eastern European in origin, and doubts about their allegiance to their new country were intensified by World War I fervor.

The episode is pertinent today, since the town is just seven miles from the still-contested U.S. southern border. “The word ‘deportation’ is alive with meaning” in Bisbee, a local commentator explains.

Like many arty contemporary documentaries, Bisbee ’17 is rather theatrical. But that’s reasonable in this case, since Greene organized a 2017 reenactment of the 1917 incident in collaboration with residents of the town (where his mother-in-law lives). The resulting film recalls both Spettacolo, in which Italian villagers prepare an annual play about their own lives, and The Act of Killing, in which participants in Indonesia’s 1965 massacres are encouraged to simulate their crimes.

Another example of historical pageantry is much closer to Bisbee. To mount the centennial production, the town imports actors from nearby Tombstone, which 100 years ago provided deputies for the roundup. Tombstone is well-supplied with performers, since today one of its principal businesses is entertaining tourists with restagings of the gunfight at the OK Corral. Both Tombstone and Bisbee 17, which was shot in widescreen format to emulate Hollywood epics, trade in Wild West imagery.

Now that most of the copper has been extracted, history is among the scarce remaining natural resources of southern Arizona. Bisbee itself doesn’t market cowboy lore, but it does offer hardhat tours of an abandoned mine.

Bisbee’s version of its past is less of a crowd-pleaser than Tombstone’s, but it does culminate in a sweeping crowd scene, complete with guns, banners, and a mock-up of one of the cattle-cars in which strikers were sent away. Yet the movie’s overall vibe is subdued and the principal song — there are a couple — turns “Solidarity Forever” into a mournful lament.

Several of the on-screen players have personal links to the proceedings. Two siblings play their ancestors, a striker and the brother who helped arrest and eject him from Bisbee. An even more evocative figure is a young man of Mexican descent, Fernando Serrano, whose life story is scarred by his mother’s deportation. Less successfully, Greene attempts to connect Bisbee’s past with the sort of ghost stories people like to tell about vintage buildings and venerable personages. These predictable yarns aren’t nearly so compelling as the movie’s essential story.

Yet the filmmakers do make effective use of Serrano’s ethereal presence, holding the camera on him as he walks through local sites both deserted and lively. If Bisbee ’17 is a ghost story, it’s haunted less by the events of 1917 than the way century-old conflicts play out today.