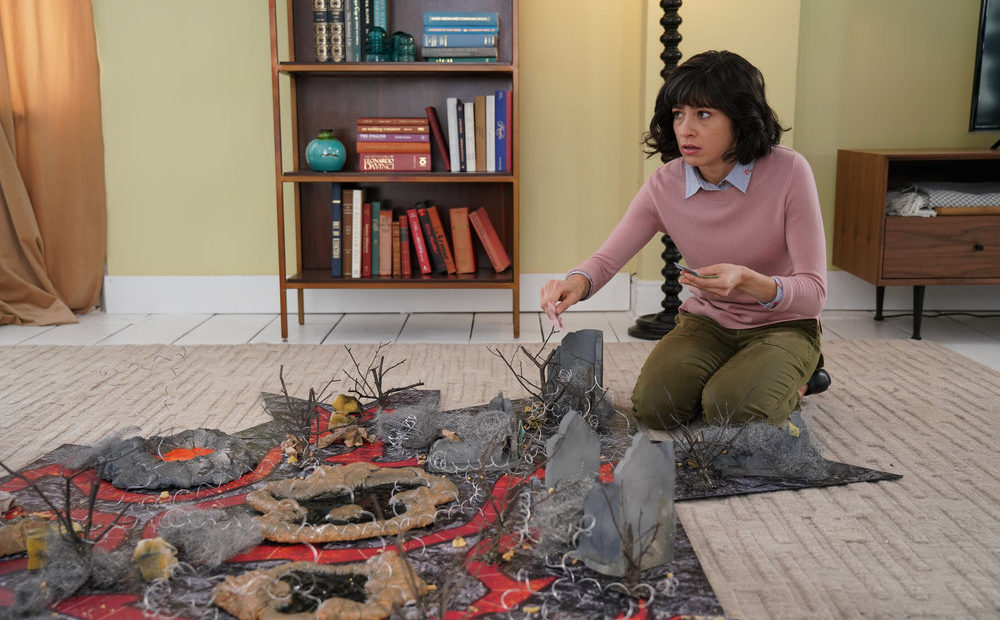 A Top Impressionist, Melissa Villaseñor Is Finding Her Own Voice On ‘SNL’

PHOTO: Melissa Villaseñor’s talent for impersonation has helped to earn her appearances on Saturday Night Live, like this sketch from April 2018. She joins the show as a full cast member this fall. CREDIT: Alison Hale/NBC

In her stand-up comedy, Melissa Villaseñor often begins her shows with a warning.

“I hope you know what you’re getting into,” she tells an audience at this summer’s Just For Laughs festival in Montreal. “This is my voice.”

Villaseñor is very proud of what she describes as her Kermit the Frog voice, or sometimes a Mickey Mouse voice.

“I love it,” she says on stage in Montreal. “It makes me laugh. It makes me happy. I like waking up in the morning and hearing it, and going, ‘Oh yeah. It’s gonna be a good day.'”

But Villaseñor’s voice is unrecognizable when she inhabits the sounds and mannerisms of famous figures, whether it’s the charming eccentricity of Bjork or the hearty laugh of Hillary Clinton. From Gwen Stefani to Pokémon’s Ash Ketchum, Wanda Sykes to Steve Buscemi, her output of celebrity imitations is vast and varied.

Her talent for impressions helped to earn her a spot as a featured player on Saturday Night Live. And when SNL‘s new season premieres tonight, Sept. 29, this will be Villaseñor’s first as a full cast member.

Villaseñor is Mexican-American. Her parents own a fencing company in Whittier, Calif., outside Los Angeles. It was her dad who turned her on to comedy: Rodney Dangerfield, Steve Martin, Jim Carrey.

When she was 12, Villaseñor remembers making her friends laugh by imitating singers such as Christina Aguilera, Britney Spears and Mandy Moore. (“All the pop divas,” she says.) She performed in her high school talent show and attended The Laugh Factory’s summer comedy camp in Los Angeles.

There’s now a seemingly endless catalog of Villaseñor’s impressions online: homemade videos, stand-up clips, her breakthrough performance on America’s Got Talent, and a series from the Latino comedy studio Más Mejor called Daily Itineraries, where she imagines the personal schedules of various celebrities including Jennifer Lopez and Sarah Silverman.

“She’s just got really amazing range,” says Ian Jones-Quartey, creator of the Cartoon Network series OK K.O.! Let’s Be Heroes. Villaseñor voices a number of characters for the show, including a bunny rabbit, a teenage strawberry and a football. “We can kind of just throw her at a situation and she can create something really hilarious.”

Jones-Quartey first saw Villaseñor at a comedy club in LA a few years ago. Then he started watching her videos online. He calls her impression of Owen Wilson “legendary.”

Villaseñor says she has affection for all of the celebrities she chooses to mimic.

“They really inspire me and I would say help me feel less alone and make me feel like they’re my friend,” she says in an interview. “Like, Owen Wilson — he’s so soothing and silly and peaceful, and that makes me feel comfort.”

After it was announced Villaseñor would be joining SNL, the triumph was somewhat diminished. Online commentators noticed she had deleted some old tweets they considered racist.

Other comedians have had their Twitter pasts scrutinized. Old jokes by Trevor Noah and Sarah Silverman, for example, were deemed offensive when they resurfaced years later.

Villaseñor says those old Tweets were her “trying to be edgy.” But she doesn’t regret deleting them.

“I’m flawed like everyone else, and yeah, I just wanted to make sure I was perfect,” she says.

The online attacks left her “numb,” so she got some advice from more seasoned SNL cast members.

“And they’re just like, ‘You got to get tough and get used to it,'” she says.

It’s one lesson among many Villaseñor says she’s learned since joining SNL. She says when writers like Mikey Day and Streeter Seidell have worked with her on sketches, they’ll do impressions of her, froggy voice and all.

“Comedians, we just love picking on each other, and it just makes me feel at home,” she says.

Melissa Villaseñor is trying to develop original characters for SNL. She says that’s much harder than doing impressions — but that we might see one this season.