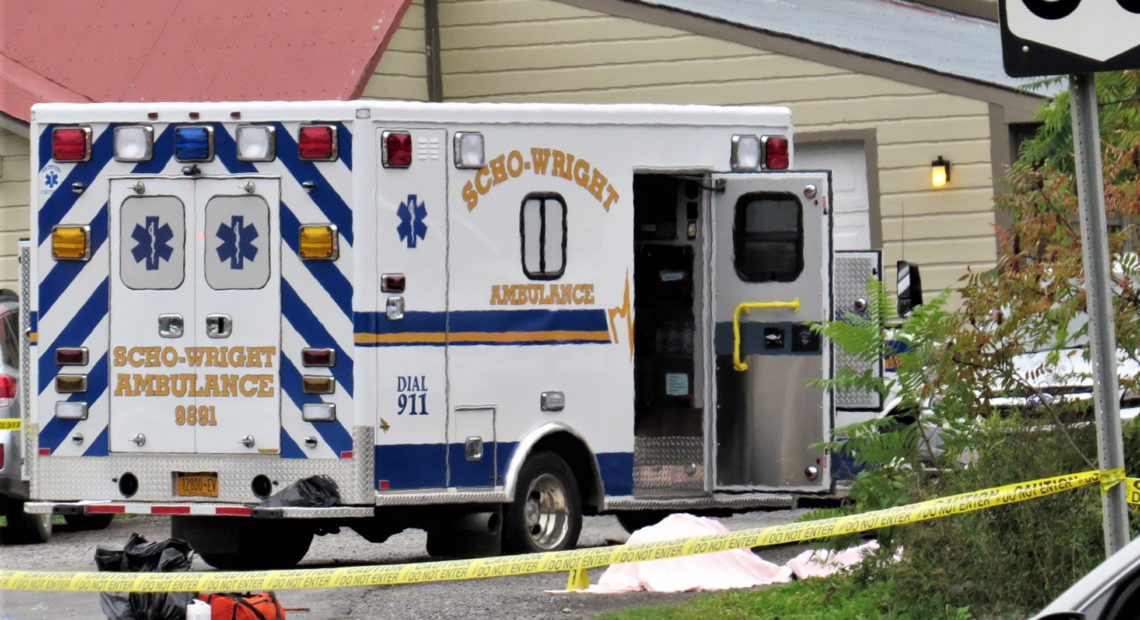 Twenty people died on Saturday after a limousine crashed in upstate New York, in what safety officials are calling the nation’s worst road acA two-vehicle crash in Schoharie, N.Y., on Saturday has left 20 people dead.

The crash occurred when a 2001 Ford Excursion limousine, carrying people through the historic town of Schoharie, about 45 minutes west of Albany, failed to stop at an intersection with State Route 30, said Christopher Fiore, first deputy superintendent of the New York State Police.

The limousine crashed into a 2015 Toyota Highlander parked near the Apple Barrel Country Store. All 18 people in the limo, including the driver, died. Two pedestrians who were struck also lost their lives.

“This is the most deadly transportation accident in this country since February of 2009,” National Transportation Safety Board Chairman Robert Sumwalt told reporters.

The names of the victims have not been released because next of kin were being notified, the New York State Police said in a statement. Their bodies were transported to the Albany Medical Center, where autopsies were being conducted on each person.

Investigators were trying to identify victims based on the license plates of cars parked in front of the home of a couple that reportedly rented the limousine, according to The New York Times.

Schoharie County’s emergency line received calls about the accident around 1:55 p.m., the police said. State and county officers, as well as fire and EMS agencies, rushed to the scene.

“I heard some screaming. It looked serious because people were running back and forth,” local resident Bridey Finegan told WNYT NewsChannel 13.

“That limo was coming down that hill probably over 60 miles per hour,” Jessica Kirby, manager of the Apple Barrel Country Store, told the New York Times.

Photos from the scene bore the signs of a bad collision; the ground was torn up, debris was strewn on the grass and nearby trees were frayed.

“The intersection is a very dangerous intersection,” Schoharie Town Supervisor Alan Tavenner told WAMC. He added that there had been “at least two instances where tractor trailers lost their brakes and went through the intersection,” leading the New York State Department of Transportation to ban them from Route 30.

Two investigations are underway — one by the National Transportation Safety Board and another by the New York State Police. Federal investigators are expected to be on the scene for about five days, reconstructing what happened.

As part of their investigation, officials plan to look into the condition of the roadway, the driver, the vehicle and the company, Sumwalt of the NTSB said at the press conference.

Authorities did not say where the limo was headed or coming from.

The driver and front seat passengers were required to wear seat belts but those in the back would not have been, Fiore said.

The small town is known to attract tourists in the autumn as leaves change. The Apple Barrel Country Store, which was open when the crash happened, posted a message on Facebook about the “horrific accident in front of our business today.”

The store asked for people to “come and share your smiles, love, friendship and hugs with us.” It said it was collecting donations for local volunteer emergency services.

“My heart breaks for the 20 people who lost their lives in this horrific accident on Saturday in Schoharie,” the state’s Democratic governor, Andrew Cuomo, said in a statement. He directed state agencies to provide “every resource necessary” to aid in New York’s investigation.

“May God bless the families who lost loved ones, as well as my dear friends from Schoharie emergency service agencies who responded,” Sen. Chuck Schumer, D-N.Y., said on Twitter.