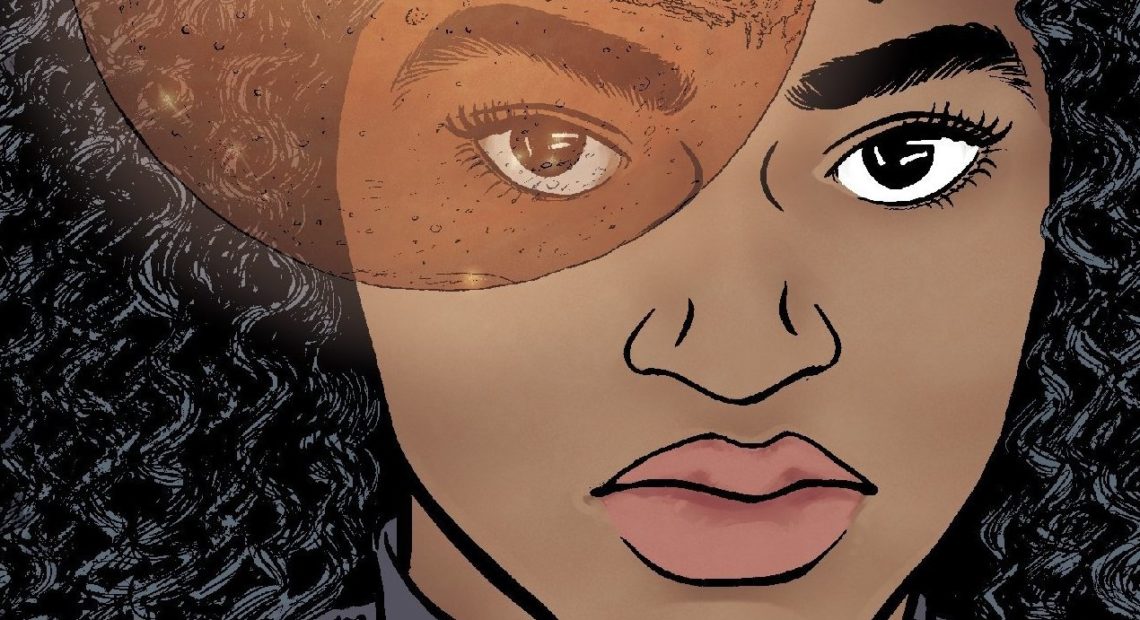 BOOK REVIEW: In ‘Trish Trash,’ Roller Derby Gets On Track In A Martian Landscape

Science fiction always perches on a tightrope of believability, and that tightrope is no fun place to stand. It’s ill-defined (what makes something believable, anyway?), badly designed (it changes according to the perceptions of each individual reader, notoriously flaky though such perceptions may be) and invisible to the walker (who must intuit its arc from clues).

And yet the penalty for a single stumble is horrifying: Beneath that wavering rope lies the quicksand of readerly scorn. It’s a miracle, really, that any would-be worldbuilder ever places a trembling foot on the line. 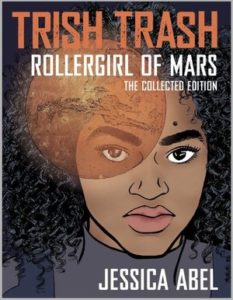 Jessica Abel treads assuredly in Trish Trash: Rollergirl of Mars. Her years of experience as a visual storyteller serve her well in this young-adult saga about a Martian girl who competes in her planet’s version of roller derby. What’s really amazing about Abel’s performance, though, is that she pulls it off while juggling a few different agendas. Trish Trash isn’t just a sports story and a coming-of-age tale; it’s also a masterful critique of capitalism. Abel manages to make this economic parable consistently engaging, even if its basic elements are familiar. If she bobbles a ball occasionally, at least she doesn’t slip off the tightrope.

Trish’s world is instantly relatable — no wonder, since its economics replicate those on earth. After massive numbers of people fled Earth in the wake of climate catastrophe, known as the Meltdown, everyone on Mars is in debt to Arex, the huge corporation that brought them there. They earn credits by collecting water, which exists in trace amounts, and by taking dangerous asteroid mining assignments.

Trish lives with her aunt and uncle, her parents having gone missing when they went out to study the indigenous aliens. These life forms are regarded with suspicion and revulsion. When Trish, encountering an injured, dehydrated alien, decides against her own instincts to help it, she sets in motion a sequence of events that will endanger the political order on Mars — and maybe even help her favorite hoverderby team win the championship.

Trish manages to snag a job as a mechanic for the team, but only by signing a harsh contract. Trish’s aunt is disgusted. “Don’t fool yourself, sweetheart,” she says. “You’re not getting out of that intern contract any more than the Cerberus miners got out of theirs in ’38. Arex is good at locking people into slave contracts.” There are a lot of lessons here, from the tendency of big companies to trap people with complicated, long-term deals to the importance of paying attention to history.

When dealing with the fortunes of the hoverderby team, though, Abel falters. It’s actually kind of funny to see such an adept storyteller slip up when it comes to the most straightforward part of her narrative. It should have been easy to deliver the basic elements of a standard sports comic, and Abel’s artistic skill is well up to the task of serving up thrilling moments in the rink. Somehow, though, the fate of the team never feels particularly urgent. Instead of providing a harmonious counterpoint to Trish’s fight against Arex, the team’s story seems trivial next to the harsh economic realities of everyone’s lives. It doesn’t help that a bit of unexpected assistance from Trish’s alien friend is one of the least believable parts of the book. The moment when the team figures out an unorthodox way to get extra training is when Abel teeters most dangerously on the tightrope.

Meanwhile, though, Abel keeps Trish’s own struggles — to get on the team and stand up to Arex — energized and absorbing. In one of Abel’s most risky and powerful strategies, she refrains from personifying Arex with an evil CEO or other honcho. Through this choice, she illustrates a crucial point that’s often forgotten in anti-capitalist stories, sci-fi and otherwise: You’re not fighting a person, but a whole system.

Thanks to a thorough grasp of the economics behind Trish’s story, Abel illuminates that system without becoming dogmatic or dull. The world of Mars is almost seamless, too. If Trish Trash could have used more juice in the hover rink, at least Abel keeps her balance on the believability tightrope. That’s no small feat.

Etelka Lehoczky has written about books for The New York Times, The Los Angeles Times and Salon.com. She tweets at @EtelkaL.