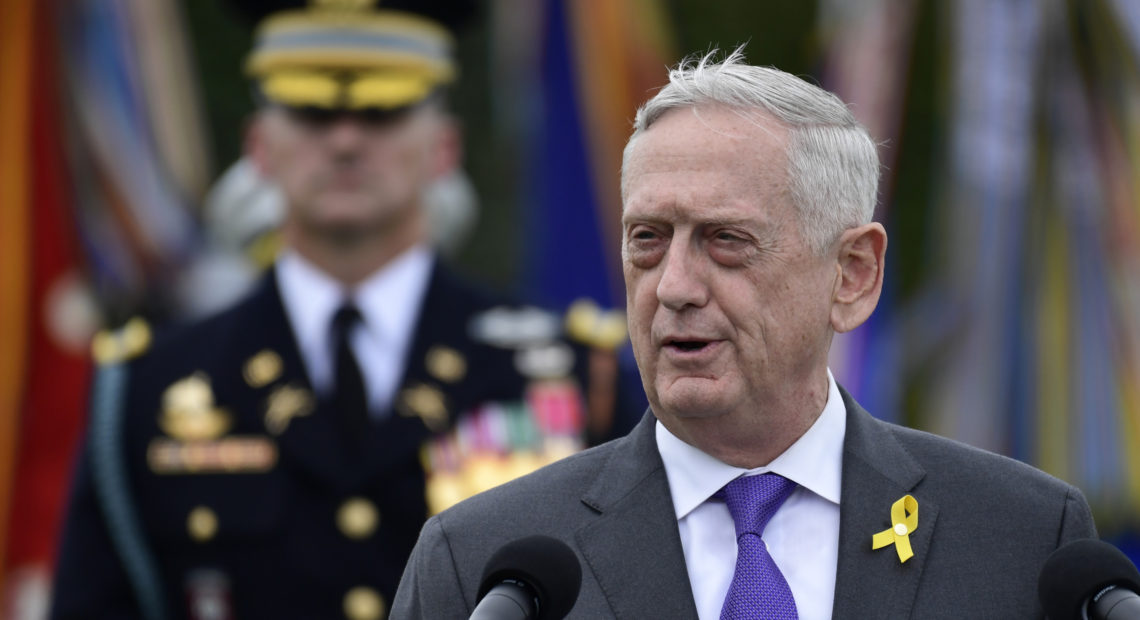 “Patrick has a long list of accomplishments while serving as Deputy, & previously Boeing. He will be great!” wrote Trump on Twitter.

Trump had previously announced that Mattis would retire at the end of February. Mattis resigned Thursday over objections to the president’s policies, following Trump’s decision to withdraw American troops from Syria.

“Because you have the right to have a secretary of defense whose views are better aligned with yours … I believe it is right for me to step down from my position,” Mattis wrote in his letter of resignation.

Shanahan was confirmed by Congress as deputy secretary of defense in July 2017. He has essentially served as chief operating officer for the Pentagon, as NPR reported in May.

“The investment in weapons systems is long term,” Shanahan says. “So when we watch, whether it’s the Chinese or the Russians or what extreme terrorist organizations are doing, we have to put an eye towards what are those capabilities where we want to extend our advantage.”

He told Defense News in October that his job was to implement systemic change in the Department of Defense and focus the department on “output and outcomes.” He said he would concentrate on “rewiring the organization to increase our performance on lethality, alliances, and reform.”

According to Defense News, he has pushed the department to update its internal technology and measurably increase its efficiency.

Prior to this role, Shanahan served as Boeing senior vice president for supply chain and operations, according to the Department of Defense.