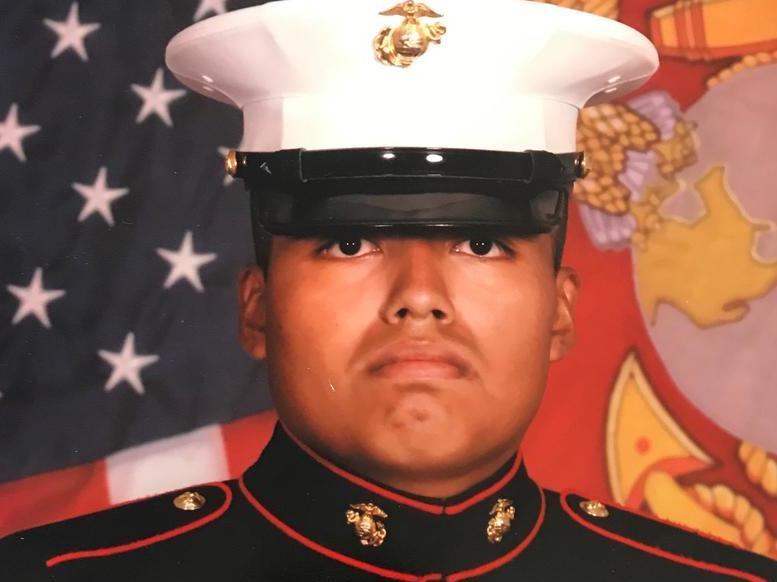 He’s A U.S. Citizen And Marine Veteran Who Served In Afghanistan. ICE Tried To Deport Him

Jilmar Ramos-Gomez served in the Marines and saw combat in Afghanistan. Born in Grand Rapids, Mich., he is a U.S. citizen.

Attorneys and immigration advocates in West Michigan are now demanding to know why, and how, that happened.

Ramos-Gomez’s mother, Maria Gomez-Velasquez, remembers getting a call from her son on a Friday, telling her he would be released from the Kent County jail. When she went to pick him up, a jail employee told her he had just left, in a van filled with detainees held by Immigration and Customs Enforcement.

Gomez-Velasquez sat a conference table Wednesday at the family attorney’s office. In front of her, spread out across the table, were photos and documents of her son’s accomplishments. His high school diploma; a photo of him in the Marines’ dress blues, white cap, black brim pulled low.

The attorney, Richard Kessler, helped interpret for her.

“You just can’t understand what I felt like when I went outside,” she said, in Spanish, of that day. “I started to cry bitterly. I said, I can’t believe this.” 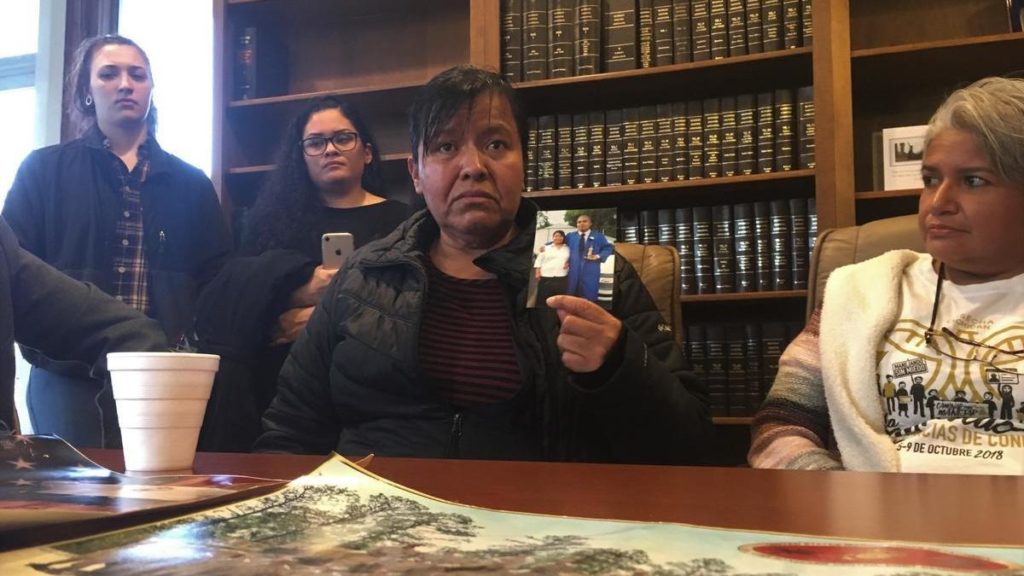 She cried. She prayed. And then she called an attorney. She says it tookuntil Monday to get him out.

Ramos-Gomez wasn’t at the law office with his mother Wednesday. He hasn’t spoken to reporters. His mother says he is currently getting treatment for his mental health issues — including PTSD — which she says he has been coping with since returning home from Afghanistan.

Back in November, he was arrested by Grand Rapids police for trespassing onto the helipad area on the roof of a local hospital. He pleaded guilty to that charge, and a local judge ordered him released.

But instead of releasing him, the Kent County jail turned him over to the custody of ICE. The county did that based on a request from ICE, which claimed Ramos-Gomez was in the country illegally.

Kessler is the one who called ICE to tell the agency it had a citizen, a Marine war veteran, locked up in its jail. He says he suspects Ramos-Gomez had told people all along he was a citizen. The Kent County jail confirms Ramos-Gomez told staff there he was born in the U.S.

“They seemed shocked when I called and sent these documents, that what he was saying was true,” Kessler says of the response from ICE officials.

A spokesperson for ICE did not reply to a request for comment.

The Kent County sheriff’s department says it is investigating the incident. But Undersheriff Chuck DeWitt says if there was a mistake, the mistake seems to have been made by ICE.

Policies were followed because in Kent County the policy is to cooperate with ICE whenever the agency makes a request to hold someone until that person can be transferred to federal custody.

Counties don’t have to comply, but Kent County chooses to.

Attorneys, including Miriam Aukerman of the ACLU of Michigan, have been warning for months that something almost exactly like what happened with Ramos-Gomez could happen.

As NPR reported last year, a U.S. citizen named Peter Brown was mistakenly identified as a Jamaican who was here illegally and was flagged for deportation.

“What will it take?” Aukerman asks. “Did we really have to get to the point where a mentally ill combat veteran who served this country ends up locked up in immigration detention because of this policy of colluding with ICE?”

Gomez-Velasquez says she still wants answers for why her son was held for deportation. She says the case has shaken her faith in law enforcement.

“I don’t like what they did to my son,” she says. “Kent County need to wake up. They need to do their job.”

Do their job, she says, and follow the law.