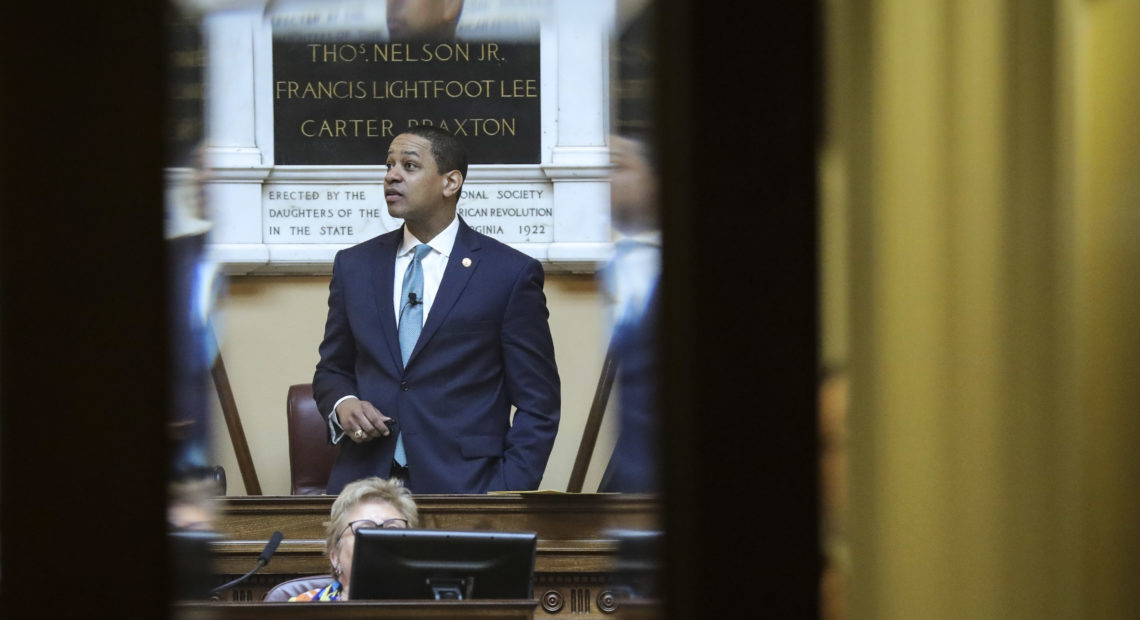 A second woman has come forward with an allegation of sexual assault against Virginia Lt. Gov. Justin Fairfax — just days after the first allegation surfaced.

Lawyers for Meredith Watson released a statement Friday alleging that Virginia’s No. 2 politician raped her in 2000, while they were both attending Duke University.

“Mr. Fairfax’s attack was premeditated and aggressive,” her lawyers said. “The two were friends but never dated or had any romantic relationship.”

Watson has requested that Fairfax resign. Through her lawyers, she said that she was “reluctantly coming forward out of a strong sense of civic duty.”

Fairfax denied the allegation and said in a statement: “I will not resign.”

Fairfax vowed to clear his “good name,” and noted he has passed FBI background checks and run for office “with nothing like this being raised before.”

Watson is the second woman to come forward with sexual assault allegations against Fairfax this week. Just days ago, Scripps College professor Vanessa Tyson released her own detailed account of an alleged assault by Fairfax in a Boston hotel room during the 2004 Democratic National Convention — a claim Fairfax also denies.

The two allegations have surfaced in the harsh glare of the national spotlight, which was initially drawn to Virginia by a separate controversy involving Gov. Ralph Northam. The governor, also a Democrat, admitted to using blackface earlier this month, after the discovery of a racist image on his page in a decades-old yearbook.

If Northam steps down, as many critics have called for him to do — and as he Fairfax would assume the governorship. But now, several prominent Virginians within his own party are calling on Fairfax to resign, as well.

“The allegations against Justin Fairfax are serious and credible. It is clear to me that he can no longer effectively serve the people of Virginia as Lieutenant Governor,” former Virginia Gov. Terry McAuliffe tweeted Friday after Watson’s allegation surfaced. “I call for his immediate resignation.”

That call was echoed by nearly every member of Virginia’s national congressional delegation, including Rep.Jennifer Wexton. The latter, a Democratic freshman who won election to national office in 2018, asserted earlier this week that she believed Tyson. On Friday, she took that statement a step further.

“I believe Dr. Vanessa Tyson. I believe Meredith Watson,” she tweeted. “And I believe Lieutenant Governor Justin Fairfax must resign.”

Wexton also signed a joint statement with four other congresspeople.

“The Lieutenant Governor of Virginia presides over the Virginia Senate and must be prepared to fill the role of Governor,” they said. “It is unacceptable that either of these weighty responsibilities be entrusted to someone who has engaged in the behavior described by Dr. Tyson and Meredith Watson, particularly in light of Gov. Northam’s situation, which we continue to believe requires his resignation.”

In a statement to NPR, a spokesman for Virginia GOP Chairman Jack Wilson offered a slightly more cautious response.

“This is the second serious sexual assault allegation leveled against the Lieutenant Governor in the past week,” Wilson said. “As with Dr. Tyson’s allegation, it needs to be investigated thoroughly because it impacts his ability to continue to serve the Commonwealth.”