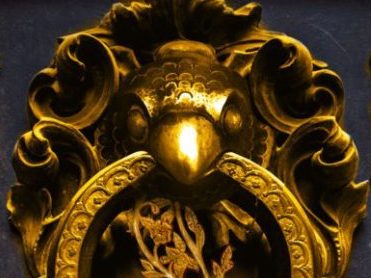 “Here is a story I have heard.”

In the city of Vastai in the country of Iraden is the Raven Tower, ruled by the Raven’s Lease — whose life is forfeit to the god in exchange for such favor — and the Mother of the Silent, human interpreter of the forest god outside the gates. But when Mawat, the heir to the bench, is suddenly summoned home, he finds one Raven dead, his uncle in power, his father missing, and a city on the brink of disaster.

There are familiar elements of epic fantasy here. But this is Ann Leckie, whose Ancillary series — about a foot soldier with the memory of a spaceship who deploys weaponized manners to destabilize an intergalactic colonial empire — collected the Hugo, the Nebula, and the Clarke awards, among others. If you’ve read her before, you’re most likely ready for The Raven Tower to examine some of those familiar genre expectations. That means the Raven’s Lease has a council of ambitious district representatives to deal with, the forest border receives some distinctly worldly military support, and armies of gods fight over access to a single merchant waterway. 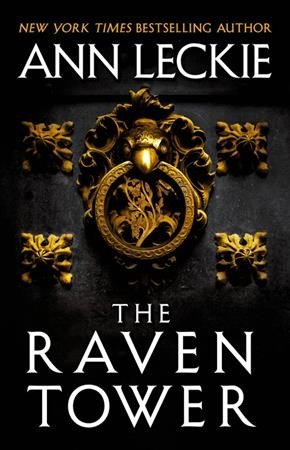 Leckie has a knack for constructing conflicts where bureaucracy is the primary field of battle, and here she gives governance the epic-fantasy treatment. No protocol is left unturned, from the legal requirements for witnessing prophecy to government hospitality tokens for official visitors (tiered, of course). The war-camp scenes in The Raven Tower are nothing compared to throne room maneuvering, and even a god’s powers can be stymied by enough carefully-deployed red tape. It’s deeply focused world-building as well as a handy character shortcut — there’s nothing quite so immediately illuminating as seeing how a character works around, or bristles under, the political status quo.

And, as can happen in Leckie’s books, that system is the story’s primary interest. Eolo, the soldier and ad-hoc royal advisor at the heart of the story, is an engaging subject — a canny game player who’s still very much a true believer. If that’s not enough, there’s the million-year-old god ruminating about the development of language and the shifting values of alliance. But for many of its characters, the broad strokes of Vastai’s court intrigue map closely enough over Hamlet that the story never bothers to go much deeper. Mawat’s rage against his absent father and usurping uncle is more of a placeholder than a driving passion; two men brought over the water by the Raven’s Lease to placate the furious prince are exactly as trustworthy as you might imagine.

But this, too, has its uses, as the unfolding of these events we half-remember can take a back seat to examining the arbitrariness of prejudice, the nature of what is inevitable, and the rot inherent in empire. The gods are bound to the truth of their stories and promises, and pay so dearly for lies that their existence is bound up in avoiding them. People, under no such compunctions, have devised very different strategies. It’s a system too obsessed with maintaining itself to be much concerned for the people it rules; it’s a theocratic oligarchy that somehow manages not to benefit anyone — even gods — for very long.

It’s also a concentrated study — the book is slender for epic fantasy — and not all the stylistic choices are easy going. (Though its deep concern for language is one of the nicest recurring narrative touches, the voice of the Strength and Patience of the Rock speaking directly to Eolo for long stretches will likely make or break a reader’s affinity for the second person.) But at its best, The Raven Tower examines details of power, politics, and the nature of a divinity that can shape our ends, rough-hew them how we will.