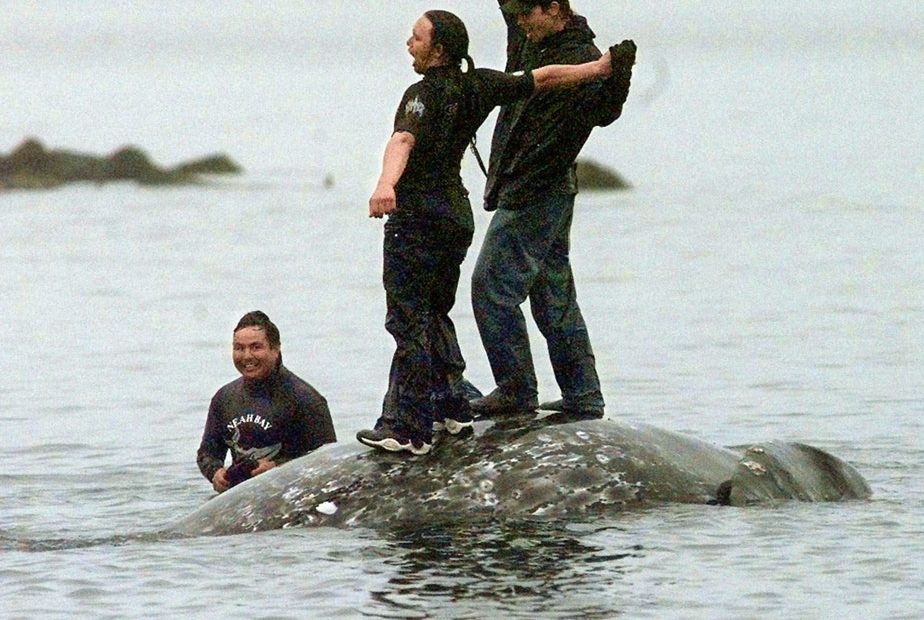 The Makah Tribe held a final hunt in 1999, but has not since practiced its whaling rights.

A proposal out Thursday by the National Oceanic and Atmospheric Administration would allow the Makah Tribe to hunt between 1-3 gray whales annually in their historic hunting range.

It has treaty rights to hunt gray whales, and did so up until the 1920’s, until it voluntarily ceased the practice due to concerns over the whales population decline.

The Makah Tribe held a final hunt in 1999, but has not since practiced its whaling rights.

The soonest a hunt could occur is in 2020. However, there are several procedural and legal steps that must take place before then.

Animal rights activists have opposed the proposal in recent years.

The proposal faces a hearing with an administrative law judge in August.