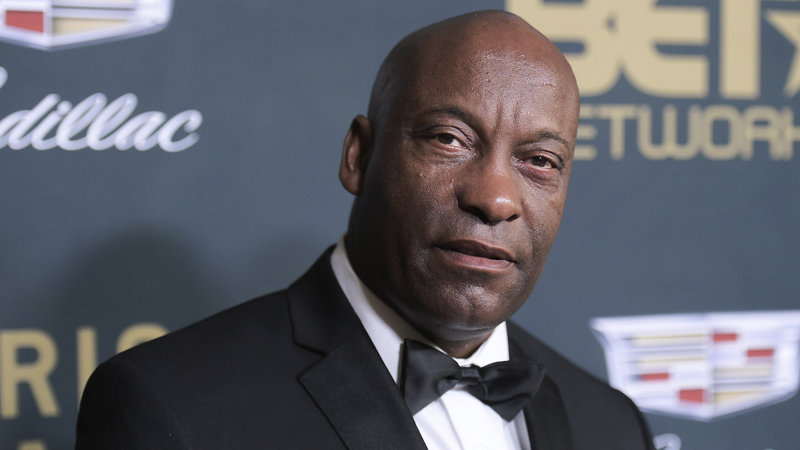 Less than two weeks after John Singleton suffered a massive stroke, the trailblazing filmmaker has died in Los Angeles at the age of 51. The director, who made history with 1991’s Boyz n the Hood as the youngest person and first African American ever nominated for a best director Oscar, died Monday at Cedars-Sinai Hospital after his family took him off life support.

“This was an agonizing decision, one that our family made, over a number of days, with the careful counsel of John’s doctors,” the family said in a statement released to NPR, adding that he “passed away peacefully, surrounded by his family and friends.”

“John Singleton is a prolific, ground-breaking director,” they said, “who changed the game and opened doors in Hollywood, a world that was just a few miles away, yet worlds away, from the neighborhood in which he grew up.”

Singleton wasted little time leaving his mark on the film industry. At just 23 years old, fresh out of the University of Southern California’s film school, the young filmmaker launched into the project that would become his signature achievement: Boyz n the Hood.

The film was an ode to the neighborhood where he grew up, South Central LA, an area notorious for its pervasive poverty and gang violence. The film’s stars grapple with that environment onscreen, trying to make sense of the community tensions that helped catalyze the riots that erupted in LA the following year.

Among those characters is Doughboy, played by rapper Ice Cube. Doughboy’s half-brother is gunned down — a fate that Singleton himself feared while growing up, as he told NPR around the time the film was released.

But Singleton, the son of a pharmaceutical sales rep and a mortgage broker, also explained that he probably shared more in common with Tre Styles — played by a young Cuba Gooding Jr. Like the character, his mother sent him to live with his father to keep him out of trouble.

“My father, you know, just did what he could do to set me straight, and you know, because it’s only so far you can go, you know, with your mom. Moms just like will rationalize what she [asks] — but Pops will say, ‘No, you do this because I said do this,’ you know?” he said in 1991. “And a lot of my friends didn’t have that.”

What they had instead, Singleton added, was a model rooted in the hopelessness of life in the ‘hood.

The film earned him Oscar nods for director and screenplay. Singleton was the first African American to be nominated for directing, and at just 24, he was the youngest nominee in that category’s history — a record that stands today.

In 2002, more than a decade after the film’s release, Singleton reflected on the sincerity of his project — and how that differed from some of the imitators born of its success — on NPR’s The Tavis Smiley Show.

“If you see the films I make and if they are in an urban setting, I basically have an agenda to not only entertain, but for you to feel something and to say something. Because this is where I’m from, you know what I mean?” he explained. “I’m making you feel something for this environment. I’m not exploiting it.”

His seminal first film was far from his last.

Among other films, Singleton went on to direct 1993’s Poetic Justice, starring Janet Jackson and a 22-year-old Tupac Shakur, and the 2000 blockbuster remake of Shaft. More recently, he shifted his attention to the small screen, directing episodes of Empire and The People v. O.J. Simpson: American Crime Story. He also co-created Snowfall, an FX drama about the crack cocaine epidemic that returned Singleton to his roots in South Central LA.

Throughout, he continued to challenge the film industry to tell the kinds of stories — and see the kinds of faces — he never had the opportunity to see when he was a film student. And he didn’t forget to enjoy himself while he was at it.

“I’ve been in this business for over 26 years, and I haven’t lost my soul.” Singleton told the Television Academy Foundation in 2016. “There are a whole lot of people who are very, very successful that they don’t even know which way is up anymore, right? And I feel really cool that I’ve had my highs and my lows and stuff — and I’m happy, you know what I mean?”