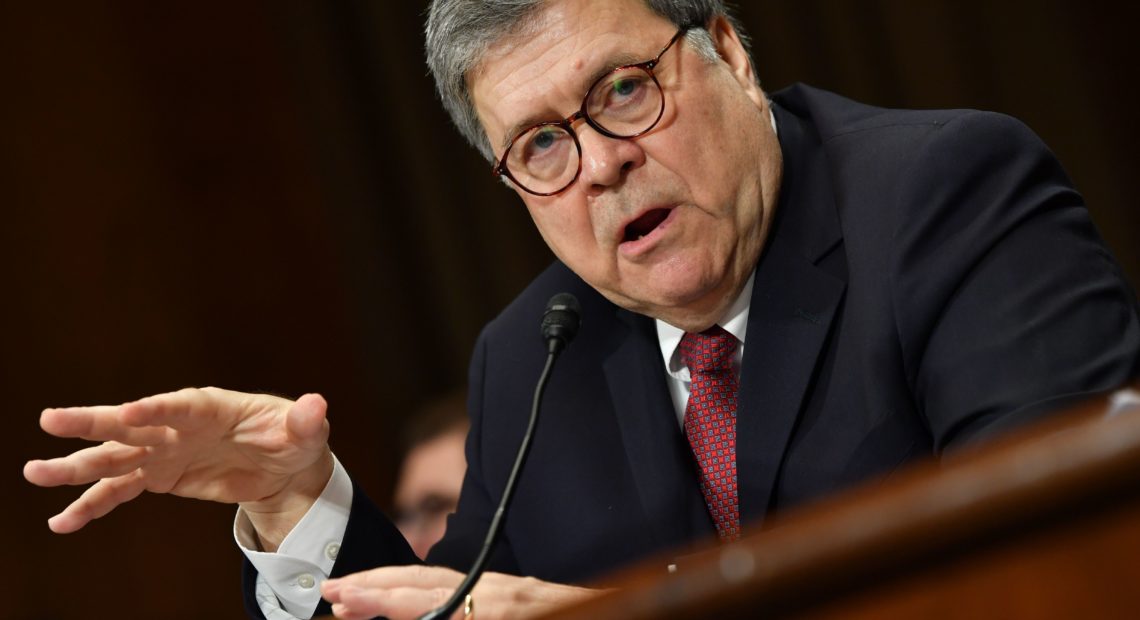 Attorney General William Barr is defending his handling of special counsel Robert Mueller’s report and President Trump’s actions, which critics say amount to obstruction of justice, in testimony before the Senate Judiciary committee.

Barr said special counsel Robert Mueller “was allowed to complete his work as he saw fit” and said he was “frankly surprised” that Mueller did not reach a decision on whether Trump had obstructed justice.

Barr concluded that he had not.

One of the key threads of Democrats questioning of Barr’s was an unusual letter released by the Justice Department on Wednesday from Mueller, in which the special counsel expressed concern over Barr’s March 24 letter to Congress summarizing the findings of the special counsel investigation.

Mueller wrote that Barr’s statement “did not fully capture the context, nature and substance of this Office’s work and conclusions.” It goes on, “There is now public confusion about critical aspects of the results of our investigation.”

After receiving the letter, Barr told senators that “I called Bob,” referring to Robert Mueller, and asked him what the issue was and whether the March 24 letter was inaccurate. “He said no, but the reporting had been inaccurate.”

Barr said Mueller told him that he wanted the report’s executive summaries released. Barr testified that he told Mueller: “I wasn’t interested in putting out summaries and I wasn’t going to put out the report piecemeal.”

Barr said he released his four-page statement, which he denied was a summary of the investigation because “the body politic was in a high state of agitation.”

Barr and Mueller ultimately agreed to release a full, but partially redacted, version of the report.

Barr was also asked about congressional testimony in April in which he said he was unaware of reported concerns of Mueller’s team.

“The question was relating to unidentified members who were expressing frustration,” Barr said. But Sen. Patrick Leahy, D-Vt., responded, “I think your answer was purposely misleading, and I think others do too.”

In a written statement to the Senate Judiciary Committee, Barr said he has kept the promises he made during his confirmation hearing to allow Mueller to finish his work without interference and share his report with Congress and the public.

The Justice Department released the report on Russian election interference on April 18 with redactions that Barr called “limited” and “necessary.”

Senate Judiciary Committee Chairman Lindsey Graham, R-S.C., opened the hearing Wednesday by reading emails between two FBI agents who were in charge of the investigation of former Secretary of State Hillary Clinton’s email server and vowed the panel would “look long and hard at how this started.”

As for the Mueller investigation, Graham said, “I have read much of the report,” adding, “For me, it is over.”

Democrats scoffed at Republican members of the panel who repeatedly returned to the investigation into Clinton’s emails.

“My Republican colleagues are going to work to coordinate ‘a lock her up defense,’ ” said Sen. Richard Durbin, D-Ill., who suggested questions also “have to be asked about Benghazi,” along with “Travelgate and Whitewater,” citing previous congressional investigations into former Secretary of State Hillary Clinton and President Bill Clinton. This “is totally unresponsive to what the American people want to know,” Durbin said.

Addressing another point of criticism, Barr was asked to explain his conclusion that Trump had not committed obstruction of justice — even as the Mueller report explicitly “does not exonerate” Trump on the matter.

Sen. Dianne Feinstein, D-Calif., asked Barr whether former White House counsel Donald McGahn’s testimony to Mueller’s investigators that Trump told him to fire Mueller twice in the summer of 2017 didn’t show that Trump was trying to obstruct the investigation. Barr replied with a vigorous defense of the president’s actions.

“If the president is being falsely accused, which the evidence now suggests, that the accusations against him were false and he knew they were false and he felt this investigation was unfair, propelled by his political opponents and was hampering his ability to govern, that is not a corrupt motive” for replacing a special counsel.

House Judiciary Committee Chairman Jerry Nadler, D-N.Y., has issued a subpoena for Mueller’s full report. He and other Democrats say they won’t be satisfied until they hear from Mueller himself in open hearings about his investigation and the way it has been handled by the leadership of the Justice Department.

Nadler complained that even though Barr doesn’t object to Mueller appearing, the Justice Department hasn’t appeared too keen to play ball.

“These reports make it that much more important for him to appear and answer our questions,” Nadler said. “The Department of Justice has also been reluctant to confirm a date for special counsel Mueller to testify. Given this evening’s reports, I will press the department to schedule that hearing without delay.”

Democrats also focused on what they called the incompatibility between Barr’s statement to Congress that he didn’t know what Mueller thought about his handling of the special counsel’s report and Mueller’s letter faulting Barr’s characterization of it.

Rep. Adam Schiff, D-Calif., the chairman of the intelligence committee, and Rep. David Cicilline, a Rhode Island Democrat who sits on the Judiciary Committee, called on Barr to step down.

He has demonstrated that he is more interested in serving as the President’s personal counsel than as the chief law enforcement officer of the United States.

He lied under oath to Congress. That cannot be tolerated. He has to go.

Wednesday’s session in the Senate is the first of two planned hearings. The House Judiciary Committee is scheduled to question Barr on Thursday, though the attorney general has been in negotiations with Democrats leading the committee over the format.