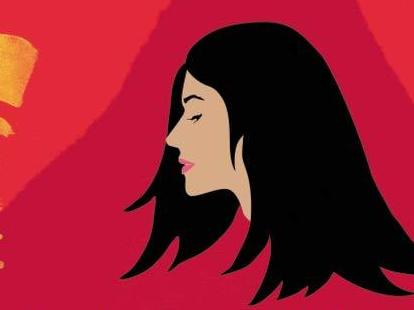 BOOK REVIEW: ‘Pride, Prejudice, And Other Flavors’ Is More Than Just Reheated Austen

Bollywood meets Jane Austen — in San Francisco! — in Sonali Dev’s Pride, Prejudice and Other Flavors. Neurosurgeon Trisha Raje’s family is Indian American royalty: Not only is her father is an actual prince in India, but her mother is a former Bollywood star and her brother’s running for governor of California.

Trisha’s estranged from her family, but she’s trying to reconnect — and at one of her brother’s fundraisers, she runs into (almost literally) chef DJ Caine, who’s there to cater the event. It’s a fiery meeting, full of anger fueled by misplaced pride, so you can imagine Trisha’s shock when she realizes that DJ is also the protective older brother of one of her patients. 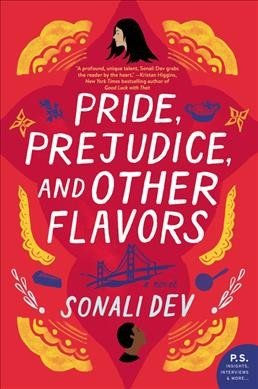 Born in London to Anglo-Indian and Rwandan parents, DJ turned to cooking to cope with the poverty and racism of his childhood. Trisha’s not-so-white privilege gets his defenses up, and their ongoing battle of wills forces them to examine their own positions in society and their biases against each other.

Their story is reminiscent of Austen’s classic novel — both pride and prejudice abound — but calling it a retelling of Pride and Prejudice would do it an injustice. Dev’s sharp voice cuts through the tension to take a sensitive look at class strife and parlay it into a bigger examination of race and privilege from a diverse perspective.

By juxtaposing a first-generation wealthy Indian American against a struggling multiracial Brit, Dev widens our perception of privilege, and shows Trisha coming to terms with her own. It’s important to note the power dynamic between Trisha and DJ: He works for her family, and she holds his sister’s life in her hands. As readers, we can’t help but empathize with DJ’s circumstances — but Trisha’s drive to protect her family and career from a manipulative ex-friend, and the way she goes above and beyond to save DJ’s sister illuminates the true core of her character.

Though the buildup to Trisha and DJ’s happily-ever-after is paved with contentious encounters, the journey feels emotionally fulfilling — it almost seems like Dev’s main concern is tracking her characters’ personal growth, rather than the romance itself. And she uses their slow-burn bond to launch necessary conversations around race and class.

In fact, Pride feels more like a love story about family, redemption, and acceptance than a traditional romance — with food as a running motif. Trisha’s improved relationship with her family allows her to open herself up to DJ, and Dev depicts this transformation through DJ’s skills in the kitchen. By fusing different cuisines and pairing complementary spices, DJ — and in turn Dev — shows us that people can come together just as well as DJ’s luscious Arabica bean gelato with dark caramel sauce.

Vivid and deliciously enticing, Dev’s storytelling is layered with emotional depth as she draws us into Trisha and DJ’s story and endears us to the rest of the Rajes — even Trisha’s seemingly awful father. Much like DJ’s dishes, Pride, Prejudice, and Other Flavors is a flavorful harmony of cross-cultural unions, familial love, and an entertaining ensemble of characters that will leave readers with a serious craving for more.

Kamrun Nesa is a freelance writer based in New York. Her work has been featured in Bustle, HelloGiggles, PopSugar, BookBub, RT Book Reviews, and Alloy.