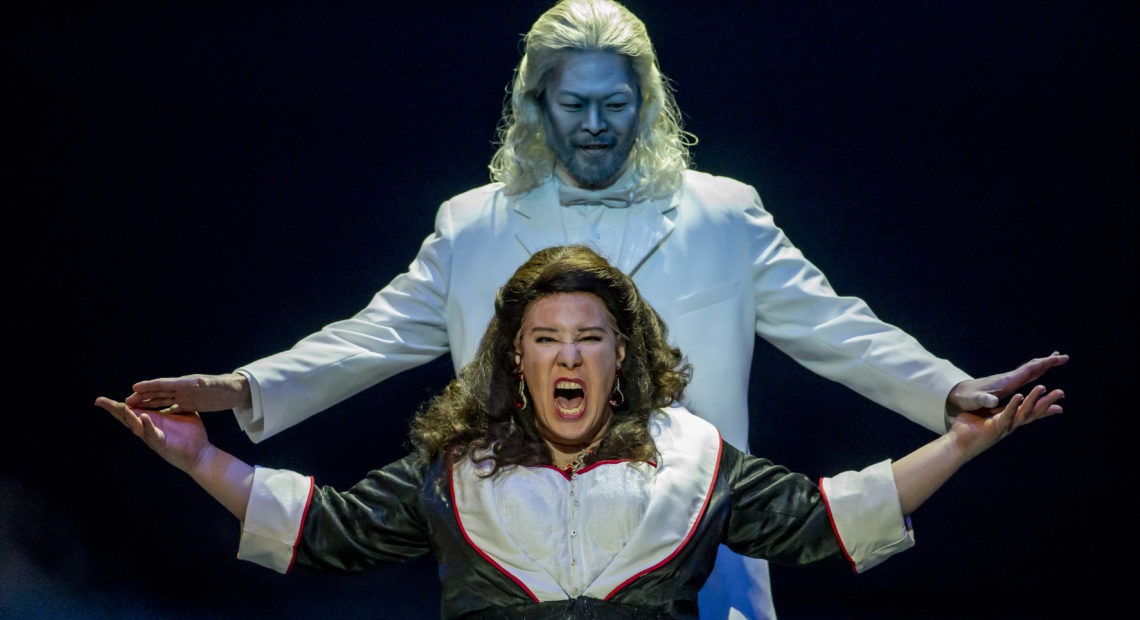 This month in Tulsa, Okla., opera singer Lucia Lucas made her U.S. debut. She also made history.

At the Tulsa Opera, Lucas sang the title role in Mozart’s Don Giovanni. Mozart’s character is a ruthless, macho womanizer. Lucas is a transgender woman with a rich baritone voice and is the first known trans performer to sing a principal role on an American opera stage. In a conversation with NPR’s Ari Shapiro, Lucas said she doesn’t want her performances to be entirely defined by this historical marker.

“It’s meaningful because any time something happens for the first time, it’s meaningful,” she says. “But it shouldn’t be meaningful. Trans people shouldn’t have a barrier to entry, except for just talent.”

But in the beginning, Lucas says, she was fearful that living as a woman would jeopardize her ambitions in opera: “I was concerned that it would be too uncomfortable for me to present as a man onstage, to sing with my baritone voice onstage.” Her discomfort took hold immediately after coming out, when she had to face a week of performances.

“But instead of questioning these things and thinking about how it would psychologically affect me, I decided to just do it,” she says. “And so I did the next week of performances and said, ‘Oh, I can do this. This is fine. As long as I don’t have to pretend offstage, I can pretend onstage.’ ”

As far as talent goes, Lucas is confident that her craft speaks for itself. She says she’s unconcerned about being pigeonholed as a trans opera singer, as opposed to simply an opera singer: “When people hear me, they know that I’m the real deal.”

Lucas spoke with All Things Considered about her experience; hear the full conversation at the audio link.