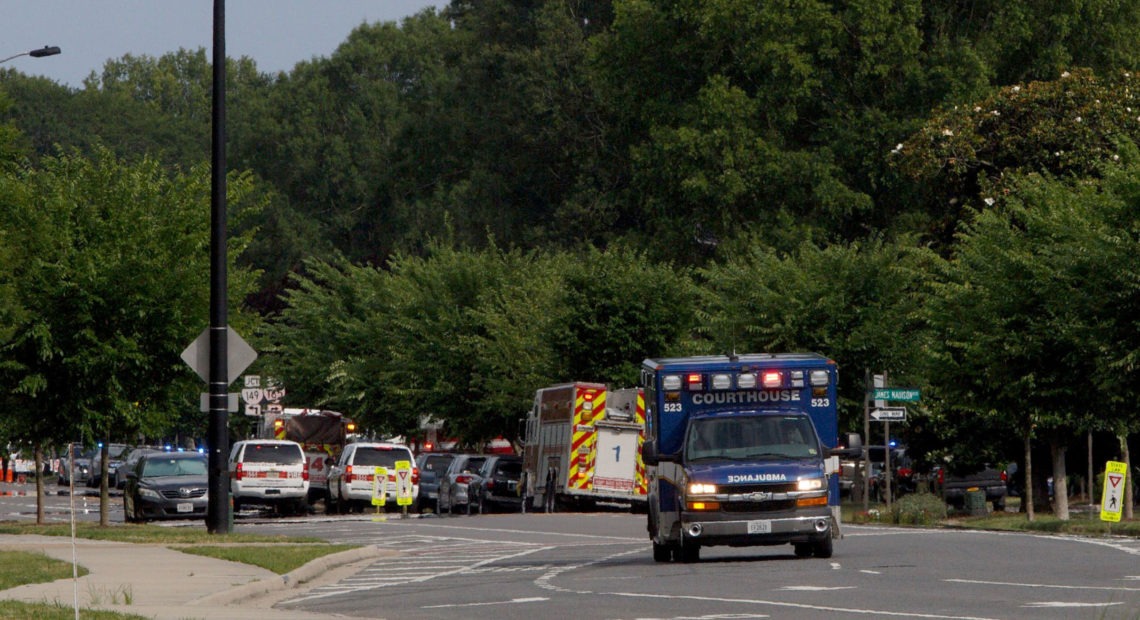 Police say 12 people were killed in a shooting Friday at the municipal center in Virginia Beach, Va. The suspect, a longtime public utilities employee, also died. Four people were being treated at hospitals.

Police said that shortly after 4 p.m. ET, the suspect, whose name has not been released, entered Building Two of the city government complex. 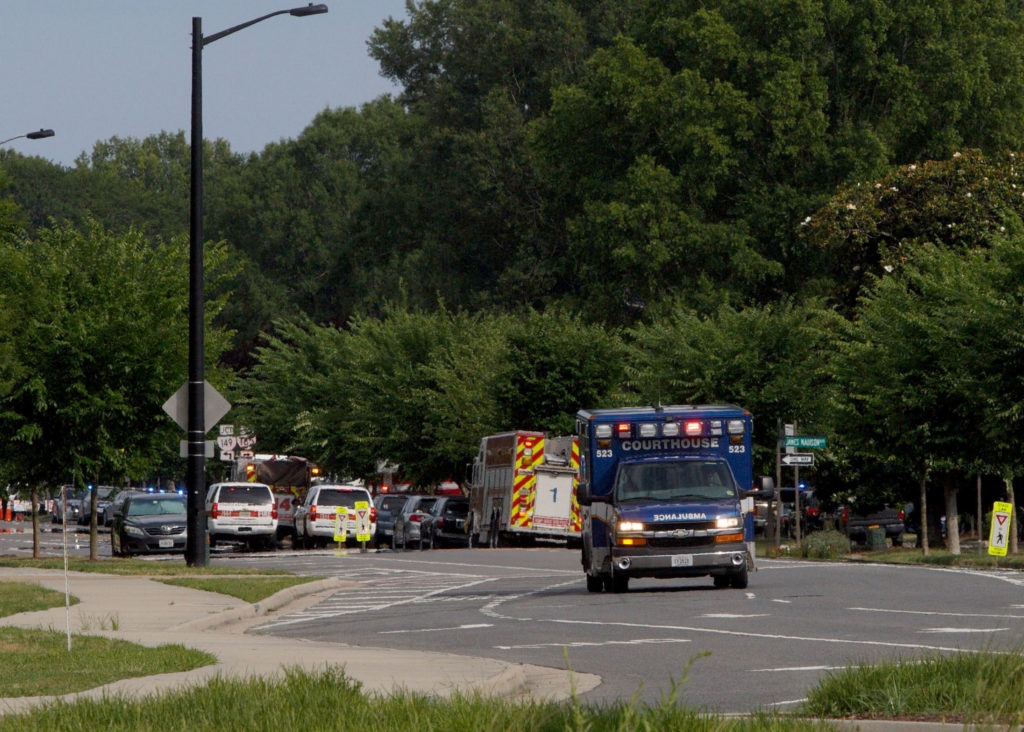 “There is no way to describe an incident such as this,” Virginia Beach Police Chief James Cervera said of Friday’s deadly shooting. At least 12 people were killed.
Kaitlin McKeown/The Virginian-Pilot

“He immediately began to indiscriminately fire upon all the victims,” said Virginia Beach Police Chief James Cervera. He said the suspect and four police officers who quickly entered the building engaged in “a long gun battle.”

Cervera said exchanges of fire involving police officers typically involve minimal rounds fired. “This was well beyond that,” he said, with “shots fired from various places down the hallway at officers.”

He said after the suspect had been subdued, officers gave him first aid, but he succumbed to his wounds.

The suspect was armed with a .45-caliber handgun and a sound suppressor, the police chief said, along with extended magazines that the suspect reloaded as he proceeded.

Reports have suggested that the shooter had been fired from his city job recently but Cervera said, as far as he knows, the man was a current employee, and he was able to enter the building as such.

Virginia Beach Police are working with federal law enforcement agencies to process the scene and investigate. Cervera deferred an answer on whether the suspect had acquired the handgun legally, saying the Bureau of Alcohol, Tobacco, Firearms and Explosives is working on that question.

One of the people injured was a police officer who was saved by his bulletproof vest, according to Cervera.

In addition to those who were shot inside the municipal facility, the police chief said one victim was outside in a car.

The names of the victims and the suspect have not been released, pending notification of their families.

“There is no way to describe an incident such as this,” said an emotional Cervera. “No chief of police anywhere in the country, no mayor, no city manager … ever wants to get up and give information such as this.”

Cervera and other state and local officials said the families and coworkers of the victims will need help over the long term. Cervera included the officers who are processing the scene, which he described as a war zone, among those whose “lives are going to be changed.”

This is a developing story. Some facts reported by the media may later turn out to be wrong. We will focus on reports from police officials and other authorities, credible news outlets and reporters who are at the scene. We will update as the situation develops.