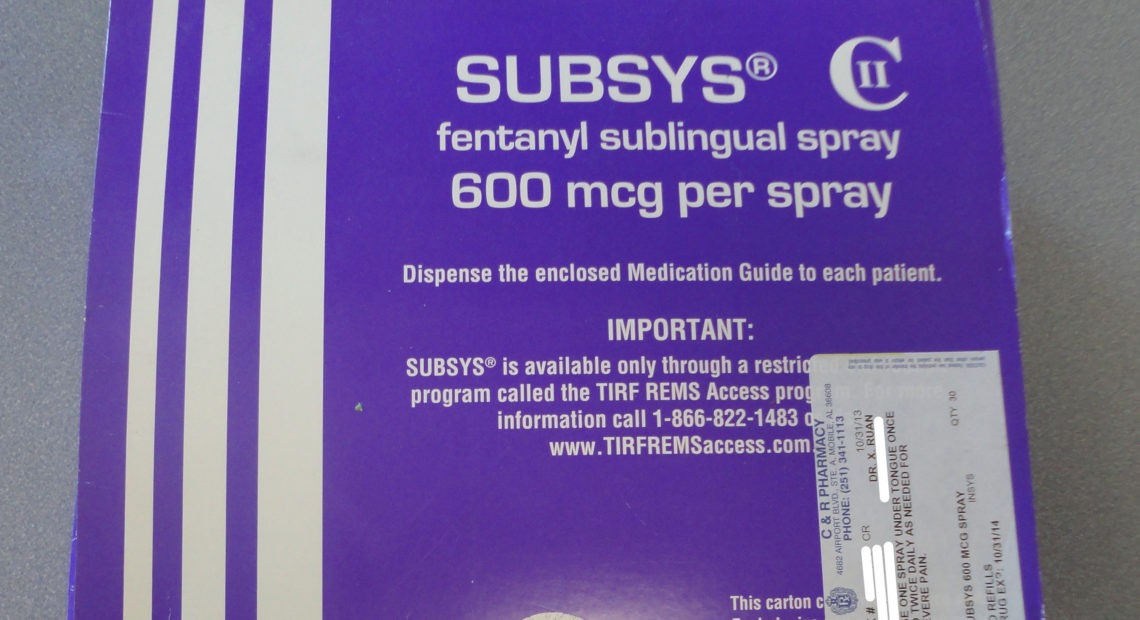 PHOTO: Insys, the maker of fentanyl-based Subsys, agreed to a $225 million settlement with the federal government to resolve criminal and civil investigations of the company’s role in the opioid crisis. CREDIT: Reuters

Insys Therapeutics, an opioid manufacturer, has agreed to pay $225 million to settle the federal government’s criminal and civil investigations into the company’s marketing practices. As part of the settlement, Insys Therapeutics admitted to bribing doctors to prescribe their opioid painkiller.

In the agreement, the drug maker admitted to orchestrating a nationwide scheme in which they set up a sham “speaker program.” Participating doctors were not paid to give speeches, but to write prescriptions of Insys Therapeutics’ fentanyl-based medication, Subsys. Often the painkiller was prescribed to patients who did not need it.

Over the next five years, the company has agreed to close federal monitoring and the federal government reserves the right to charge the company in the future if there’s a violation.

“For years, Insys engaged in prolonged, illegal conduct that prioritized its profits over the health of the thousands of patients who relied on it,” said United States Attorney Andrew Lelling in a statement. “Today, the company is being held responsible.”

This settlement, as well as the criminal prosecution of Insys executives, is part of the federal government’s efforts to punish pharmaceutical companies for their role in fueling the opioid epidemic.

“Today’s settlement sends a strong message to pharmaceutical manufacturers that the kinds of illegal conduct that we have alleged in this case will not be tolerated,” said Assistant Attorney General Jody Hunt in a statement. “I want to assure the families and communities ravaged by this epidemic that the Department of Justice will continue to act forcefully to hold opioid manufacturers accountable for their actions.”

The founder of Insys Therapeutics, John Kapoor, is among the highest ranking pharmaceutical executives to be convicted amidst the opioid epidemic. Sentencing of the former billionaire is scheduled for September.

The company has faced significant financial troubles that they attribute to legal costs. Earlier this year, an Insys spokesperson said the company may not survive.