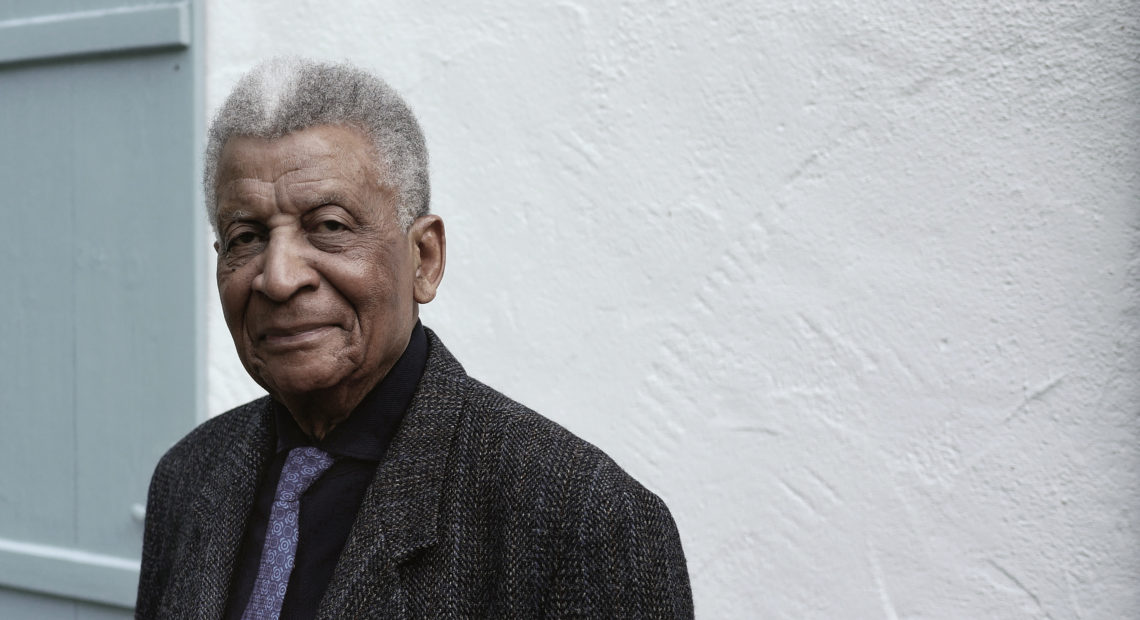 Finding ‘The Balance’: Jazz Legend Abdullah Ibrahim Looks To Past, Present And Future

PHOTO: Abdullah Ibrahim’s latest album, The Balance, is out now. CREDIT: Marina Umari/Courtesy of the artist

More than six decades into a trail-blazing career in music, and recently named a Jazz Master by the National Endowment for the Arts, Abdullah Ibrahim shows no signs of slowing down. The legendary jazz pianist, composer and anti-Apartheid activist — Nelson Mandela called him the “Mozart of South Africa” — has released his latest album called The Balance and says he’s already busy working on the next one.

True to its name, The Balance looks to experiences from the past, hopes for the future and realities of the present in the musical story it tells.

“We deal with the balance: What is past, what is now, and what has to come. There’s always a vision,” Ibrahim, 84, explains. “The idea is that we reflect on the past; We know there is a future to come. But for us, the most important part is dealing with the present now. And that is the way that we play the music.”

The past that Ibrahim references includes his and his colleagues’ struggles against Apartheid in mid-20th century South Africa. Ibrahim’s group, The Jazz Epistles became the first black South African group to record a full-length jazz album. As Ibrahim describes the oppressive segregationist climate of the time, and what it meant to break such musical ground in that moment, he says, “After long periods and generations of having been told that we do not have the mental capacity to deal with intricate things, such as mathematics, that we would always be relegated to being servants. And so, there was a realization that our inherent cosmology is valid. In South Africa, it was epitomized in the struggle to free ourselves from that oppressive regime. So the music at that time was very urgent, and very important to state our cultural affirmation. And that is how Jazz Epistles was found.”

“We should be able to get to a point where we really understand and perceive what is happening with ourselves and with others, so that we can deal with this moment,” he says. “For us, what is our role as musicians? This is how we perceive it: Is that we’ve been given this talent so that we can develop it and that we can strive for excellence and present this to everybody, regardless of who. And that it is totally void from ego. And so then, perhaps, that could be a catalyst for understanding ourselves and understanding the universe.”