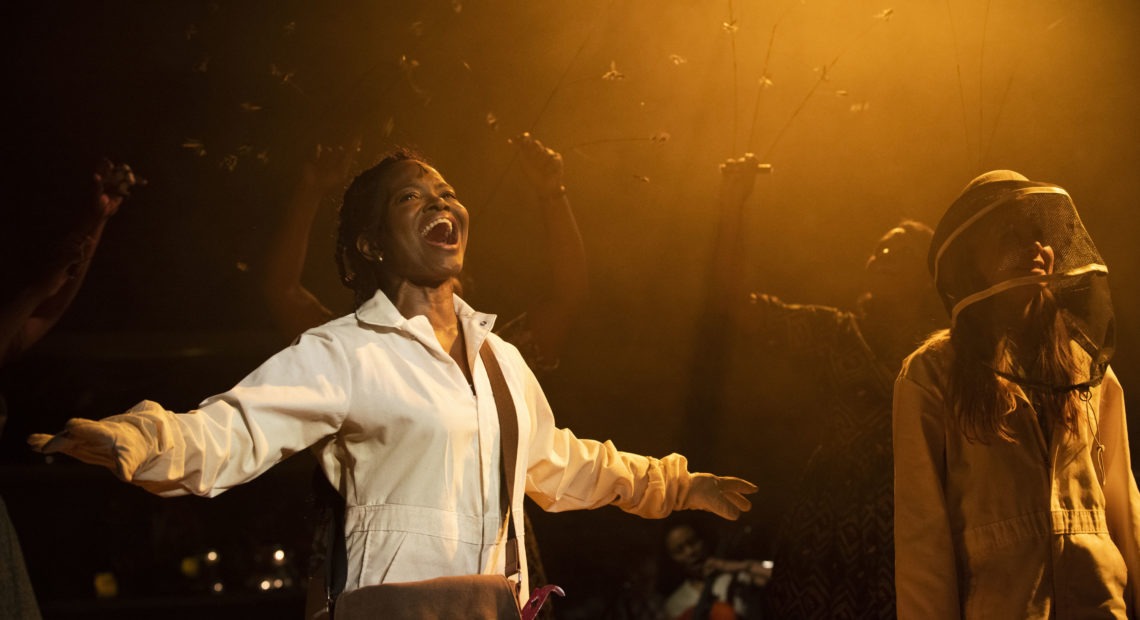 When two-time Pulitzer Prize-winning playwright Lynn Nottage was approached about writing the script for a musical version of The Secret Life of Bees, she said yes. But she knew it wasn’t going to be easy adapting a novel told in the first person — by a young white girl.

“We were very hyper-aware that we didn’t want to create a tale which it was just about a young white woman entering into this household and being nurtured by black women — but that it was a tale about community,” she says. “And so it was two young women, both who have been scarred in different ways, who need to be healed, who find refuge amongst this hive of women.”

In the musical, as in the book, the two women are a teenage white girl, abused by her single father, and her black caretaker, who has been beaten and jailed for trying to vote. The hive of African American women beekeepers who take them in is comprised of three sisters who are deeply spiritual, but have their own issues. And though the musical takes some significant departures from the book, novelist Sue Monk Kidd says the adaptation captures the spirit of her story.

“I think it was a brilliant move to make this more of an ensemble point of view,” Kidd says. “So, it becomes about all of them and it becomes about the community. And a big theme I hoped to bring out in the novel was that this community of women can be healing.”

The novel spent more than two years on The New York Times bestseller list after it came out in 2002. But Kidd, who is white and from the American South, set in a time and place of great upheaval: South Carolina, 1964. 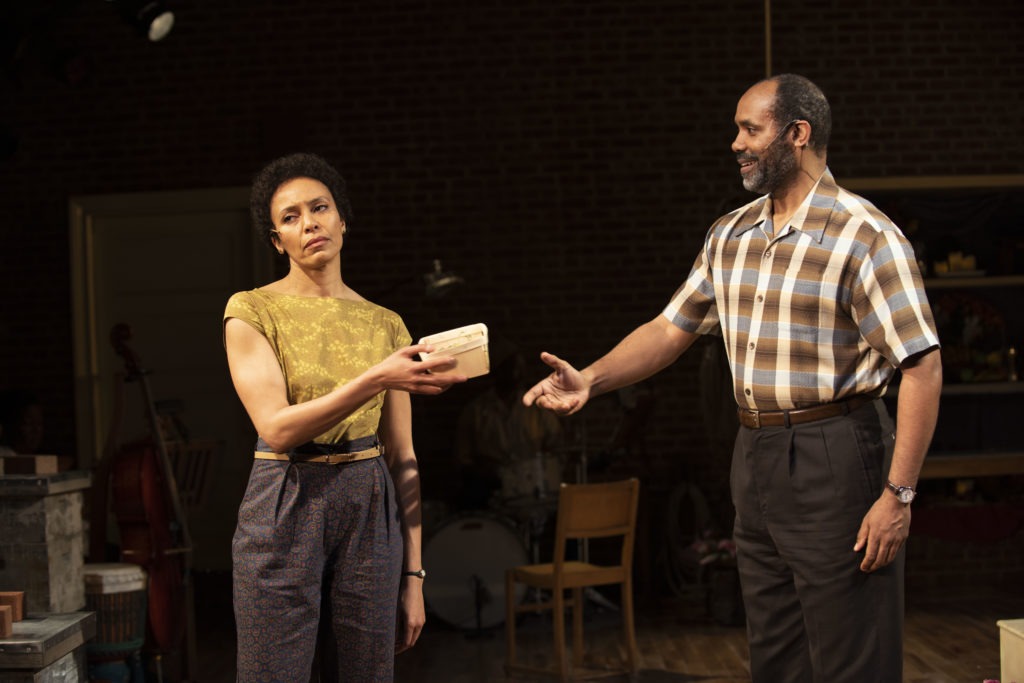 Eisa Davis, pictured here across from Nathaniel Stampley, plays one of the beekeeper sisters. CREDIT: Ahron R. Foster/Courtesy of The Secret Life of Bees

“I think we all felt like this book lent itself to having a conversation about race in America right now,” Gold says. “That you look back at 1964 and you think what’s changed, and you think what hasn’t. And that’s an inevitable part of making a show about 1964 and about civil rights.”

While Gold and the rest of the creative team were acutely aware of the challenges the book posed, they were also aware that their team only included one African American in Lynn Nottage. South Carolina-born composer Duncan Sheik, who collaborated on the score with lyricist Susan Birkenhead, says he questioned his role.

Eisa Davis plays one of the sisters. She says she’s glad that he had that concern: “That [Sheik] was just trying to make sure that his writing in a variety of black musical idioms and genre would amount to something that was reverent. And I think it is. I think that rather than cultural appropriation, it’s cultural appreciation.”

Davis says her friends have had mixed reactions to the show. And her own response to the material is complicated.

It was a criticism both the book and its 2008 movie adaptation received. But for playwright Lynn Nottage, that was actually something that drew her to the material.

“There’s this conversation around Green Book and The Help and books in which you have the stories of black folks framed by a white author, or a black journey that’s seen through the white gaze,” she says. “And … I think one of the things that really attracted me to The Secret Life of Bees, and what makes this very different from those other stories, is that this white girl enters into a black space, and she has to negotiate a space that’s alien to her, rather than the black body entering the white space.”

That’s a story, Nottage says, that she’s never told before.