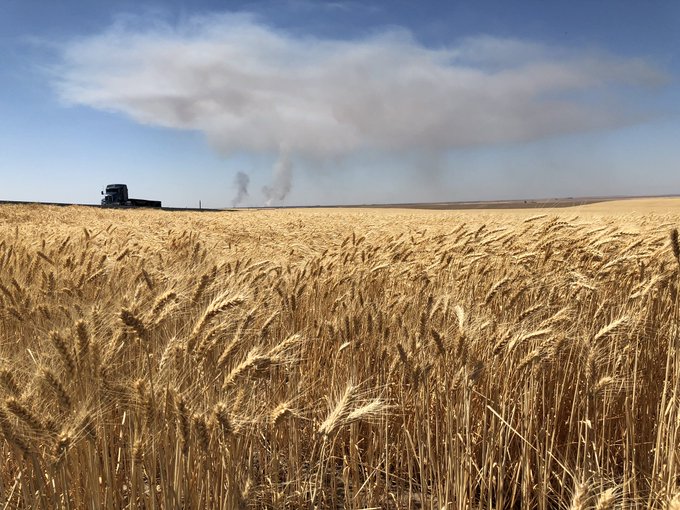 It’s been a relatively quiet summer so far for Northwest wildland firefighters. But after a couple days of lightning storms in eastern and central Washington, paired with dry and windy conditions, more fires are starting to flare up.

For example, this scene Thursday when driving down Highway 26 in eastern Washington near Washtucna: 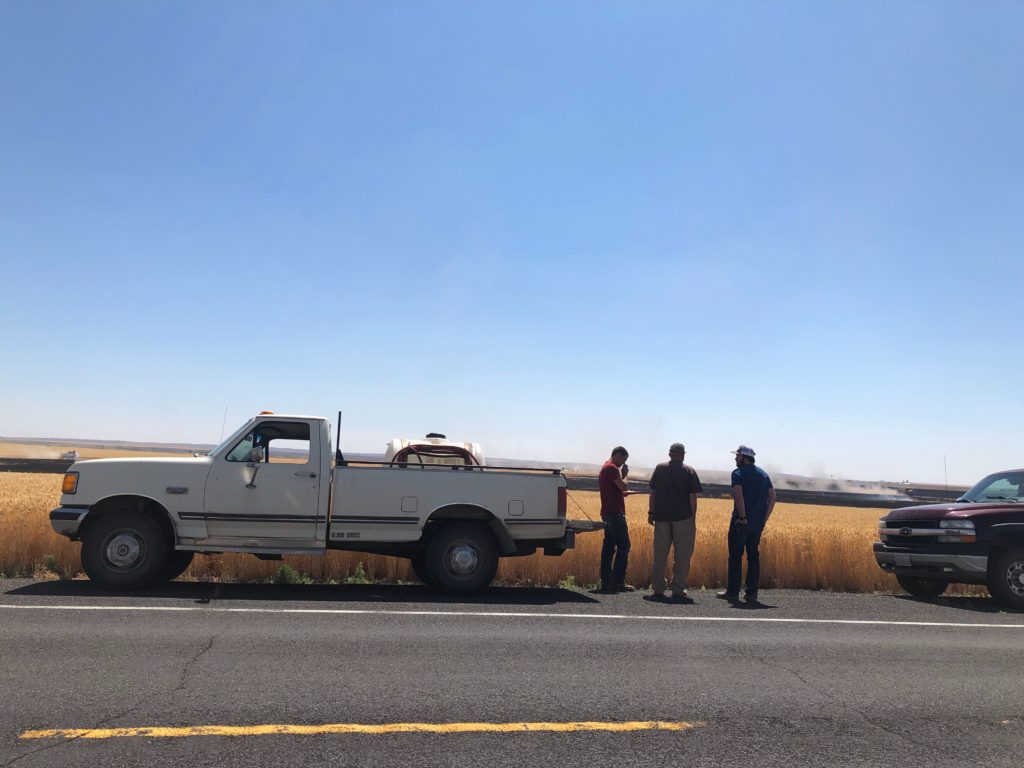 Several people in the area were gathered Thursday, July 25 to watch and assist with a fire burning in wheat and brush land near Washtucna. CREDIT: ANNA KING/N3

Blackened fields of wheat are on one side of the road, golden wheat on the other. There’s these swirling tornados of ash and soot that go up into the air as the wind blows through. The wheat is so dry near harvest time, it’s like kindling on the land. Any little spark from machinery or vehicles can set a field alight.

Leroy Watson, a neighboring farmer, drove his water truck up the road to see if he could assist.

“We have crop just down the road here, I just wanted to see where we’re at,” Watson said. “It’s a little close, we’re about a mile, half a mile from the start of our field.”

Other wildfires are burning throughout the region. The larger ones drawing the most firefighting resources at the moment are north of Yakima and south of Ellensburg (the Pipeline Fire) and near Wenatchee in Douglas County (the Desert Canyon Fire).

Those are consuming dry grass and brush, fueled by gusty winds.

Earlier this week, forest managers with the Okanogan-Wenatchee National Forest, which spans much of the Cascades through central Washington, said there had been at least 520 lightning strikes in the region. That prompted smoke jumpers and fire crews into action to attack flare ups.