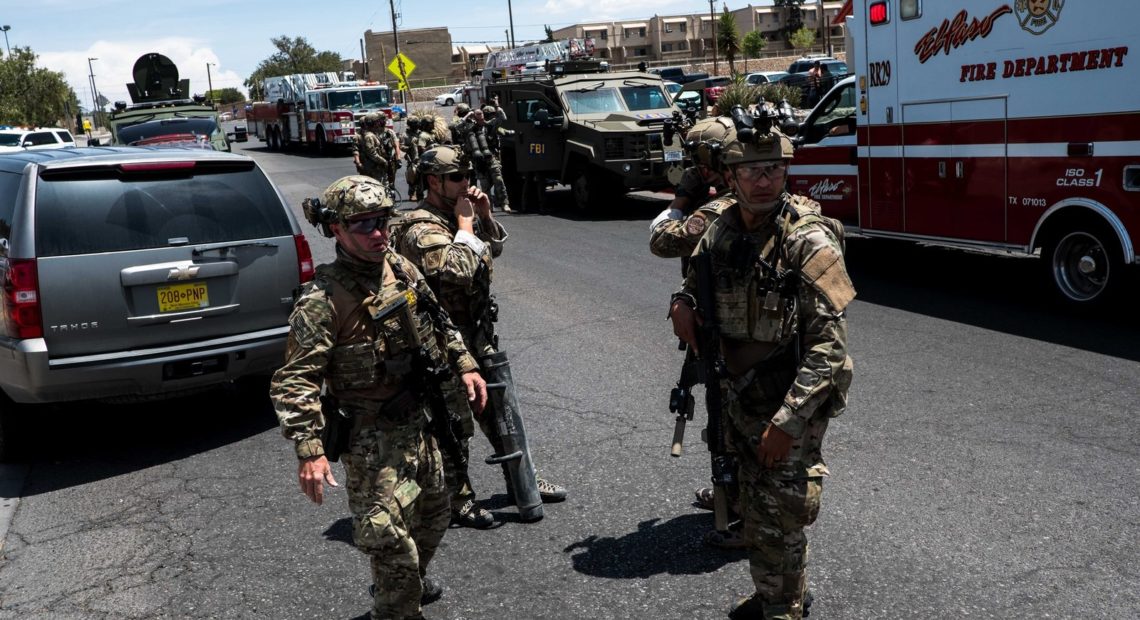 At least 20 people are dead and at least 24 were injured in a mass shooting at an El Paso, Texas, shopping center on Saturday morning, according to Texas Gov. Greg Abbott.

At a press conference Saturday afternoon, Sgt. Robert Gomez said a white man was taken into custody without incident.

Videos are circulating of what appears to be the apprehension, and they match surveillance images of a man walking into a building with a raised rifle. Gomez said police are still investigating the motive. 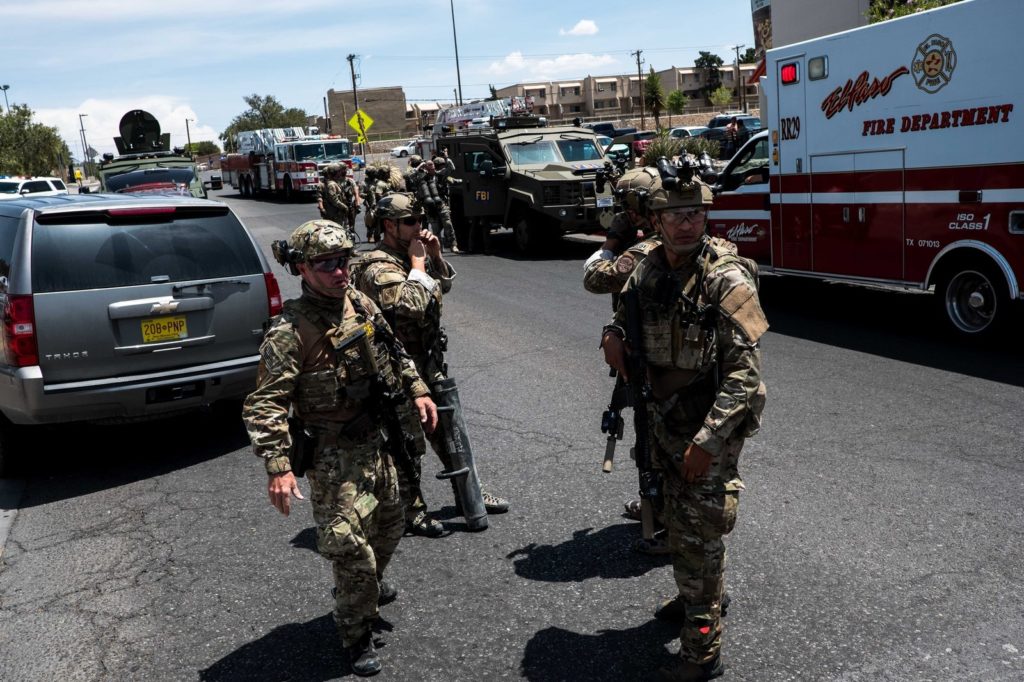 He said no law enforcement agents fired their weapons during the confrontation with the suspect.

“People have died – and there are a number of people injured,” he told reporters.

Gomez added that most of the victims were wounded at Walmart, which was crowded with shoppers. He estimated about 100 employees were in the store as well.

KJZZ reporter Monica Ortiz Uribe, in an interview with NPR’s All Things Considered,described the store as one of the busiest Walmart’s in the city. The store is located in a major commercial area, next door to the Cielo Vista Mall, near a Sam’s Club and a movie theater.

“In addition to local shoppers, this is a site that attracts lots of Mexican nationals,” Uribe said. The U.S.-Mexico border and sister city, Ciudad Juarez, are about a 15 minute drive from the store.

“On weekends, you’ll hear English and Spanish in the aisles and see Mexican plates in the parking lot,” she said.

“This area was full of families that were shopping for back-to-school, getting backpacks and school supplies when this gunman unleashed this tragic horror on our community,” State Rep. César Blanco, who represents El Paso in the Texas House of Representatives, told NPR. “And it’s something we’re not going to get over for quite some time.”

Walmart tweeted that the company is cooperating with officials and extended prayers to those affected.

We’re in shock over the tragic events at Cielo Vista Mall in El Paso, where store 2201 & club 6502 are located. We’re praying for the victims, the community & our associates, as well as the first responders. We’re working closely with law enforcement & will update as appropriate.

Gomez said law enforcement, which includes Border Patrol, FBI and SWAT officers, were clearing the area of bystanders and “ruling out that no one is a suspect.”

“We won’t rule out multiple [suspects] until we have a concrete investigation based on all the facts … so it can change,” Gomez told reporters.

Mayor Dee Margo called the incident a tragedy in an emotional CNN appearance.

“It is a tragedy beyond tragedies, and I would not ever have expected it here, and I’m just torn up about it,” Margo said.

Late Saturday afternoon, President Trump tweeted that he had spoken with Texas Gov. Greg Abbott and said “reports are very bad, many killed.” He pledged “total support of Federal Government.”

Earlier in the day, officials said they had received reports of multiple shooters at multiple locations at the busy shopping complex near the Cielo Vista Mall.

“Scene is still active,” police wrote on Twitter around noon, urging people to stay away as “police [are] conducting a search of a very large area.”

Enrique Duenas Aguilar, a fire department spokesman, told NPR that at least 18 people were immediately transported to local hospitals. There are no confirmed reports on the number of casualties.

Aguilar also said that all of the surrounding businesses, including the Cielo Vista Mall, were placed on lockdown.

Mistey Garcia, who works at a nearby restaurant, said people were instructed to shelter in place.

“Right now, we’re all told to stay in the back, away from the windows, and we’re watching the news quietly,” she told ABC News earlier Saturday.

“They’re just hidden away in the banquet room over there, and they’re calling their loved ones, either trying to get a ride home or trying to get out of here,” Loera said.

Officials first alerted the public to the active-shooter situation at 11:30 a.m. local time.

This is a developing story. Some things that get reported by the media will later turn out to be wrong. We will focus on reports from police officials and other authorities, credible news outlets and reporters who are at the scene. We will update as the situation develops.