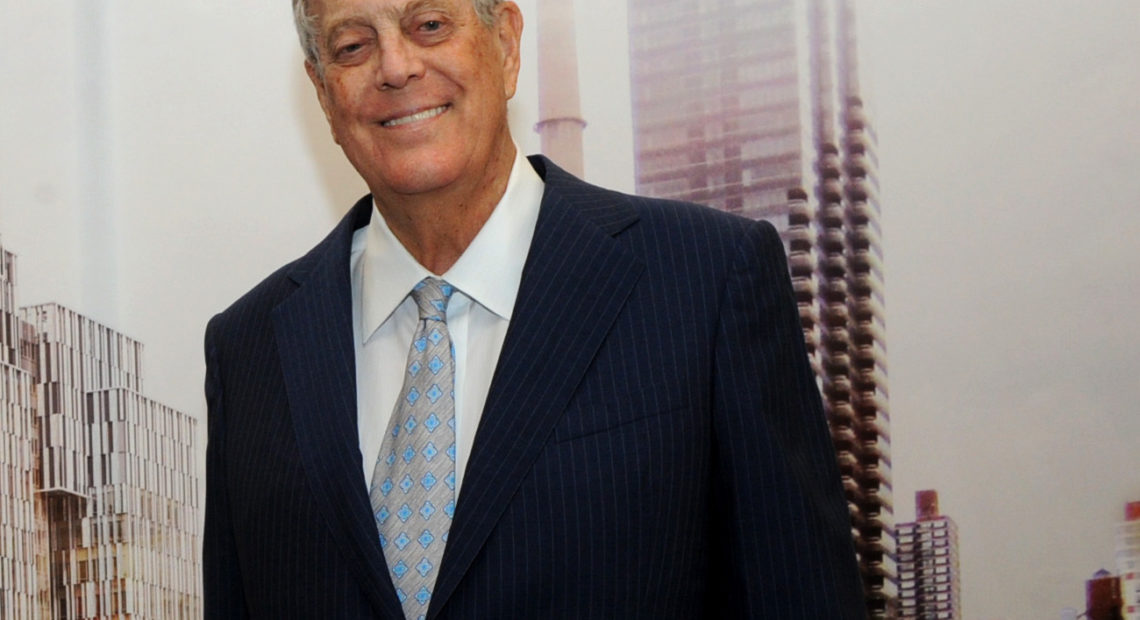 David Koch, who built one of the nation’s largest private businesses with his brother Charles and pumped money into conservative groups to help reshape American politics, has died.

Charles Koch confirmed the news in a statement on Friday that referenced David’s long-running ailment.

“Twenty-seven years ago, David was diagnosed with advanced prostate cancer and given a grim prognosis of a few years to live. David liked to say that a combination of brilliant doctors, state-of-the-art medications and his own stubbornness kept the cancer at bay. We can all be grateful that it did, because he was able to touch so many more lives as a result,” Charles Koch wrote. 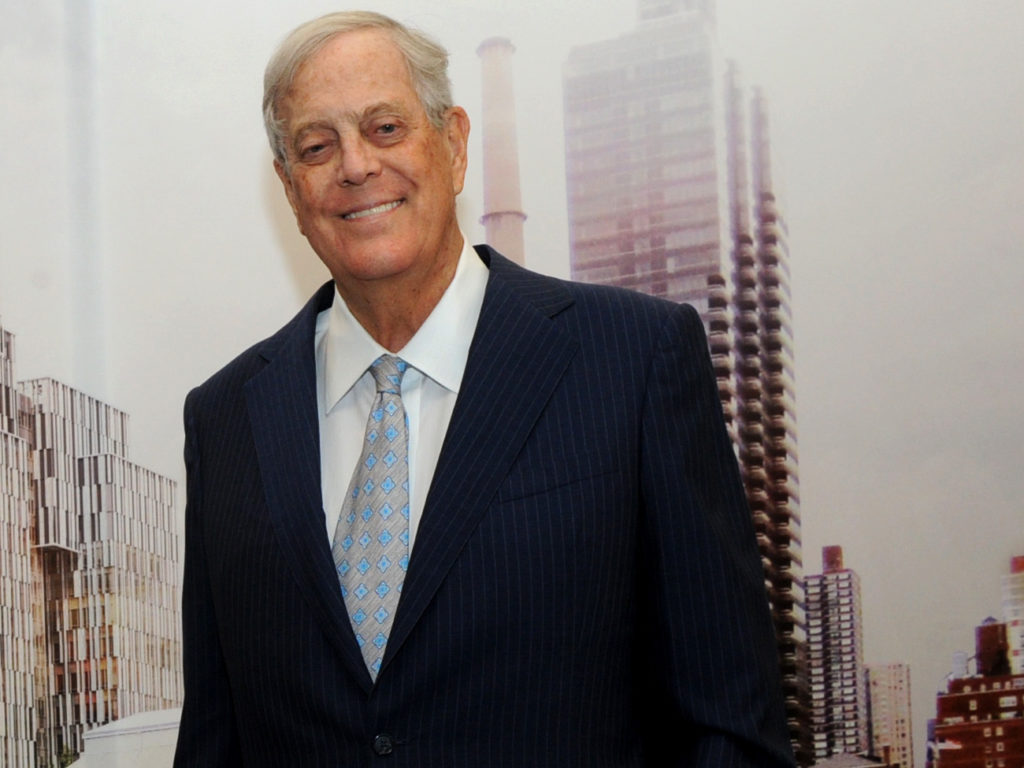 David Koch with a rendering of The David H. Koch Center for Cancer Care in 2015. The billionaire underwrote both old-fashioned charitable causes and the conservative movement, reshaping U.S. politics.
CREDIT: Diane Bondareff/Invision for Koch Industries

No precise cause was given for David Koch’s death, which took place at the age of 79.

David Koch helped his brother Charles build Koch Industries into a behemoth that incorporates brands such as Georgia Pacific plywood and Lycra fabric. The company is one of the biggest ethanol producers in the country. Its Codura cloth is used to make military uniforms and equipment.

The two brothers also created the Koch political network, famous and infamous for its secret funding and fiercely negative advertising — which often aimed at former President Barack Obama and other Democrats.

Their group, Americans For Prosperity, was funded with Koch brothers money as well as contributions from other rich donors they recruited. And although David denied giving money to Tea Party candidates, in 2010 the brothers’ efforts helped elect 63 Republicans to Congress.

The Koch network also had groups aimed at veterans, women, seniors and Latinos. Ostensibly non-political, the groups exploited a lack of transparency under U.S. law, weak enforcement by the IRS and openings created by Supreme Court decisions.

The system was part of what was called a stream of “dark money” by its critics, so called because it could be unclear who was bankrolling which causes.

For as much energy as the Koch network expended against Democrats since the turn of the 21st century, the brothers did not support President Trump in 2016, leading to fissures within the conservative donor world.

Trump responded by slamming what he called the “globalist” Koch brothers and vowing to pursue the tariffs and immigration crackdowns they opposed.

The Koch network amassed as much clout as the Republican National Committee, or perhaps even more.

All the same, David Koch was not a doctrinaire Republican. In 1980, he was the Libertarian nominee for vice president. And although the brothers’ network backed conservative lawmakers who opposed abortion access and gay rights, Koch supported them.

He also was a fiscal hawk and outlined one of his core concerns in that interview: “I’m very worried that if the budget is not balanced, that inflation could occur and the economy of our country could suffer terribly,” he said.

Charles ran the company and David stayed involved, even after he moved to New York City. He was a fixture on the Manhattan social scene, and a major donor to the city’s cultural institutions, including the David H. Koch Theater, at Lincoln Center, and the American Museum of Natural History.

Daniel Schulman, author of “Sons of Witchita: How the Koch Brothers Became America’s Most Powerful and Private Dynasty,” told NPR that David Koch often was the follower and Charles the leader.

“David Koch has always been the Robin to Charles Koch’s Batman, more or less the sidekick,” Schulman said. “Up into his late 40s, maybe even early 50s,” Schulman said, David “was kind of living this New York socialite, playboy lifestyle. And he loved that sort of thing.”

In 1991, Koch was aboard an airliner that collided with another aircraft on a runway at Los Angeles International Airport. More than 30 people died and Koch barely escaped.

As he later told Barbara Walters, “I felt the good Lord was sitting on my shoulder.”

The year following the plane crash, he was diagnosed with prostate cancer.

Koch turned to philanthropy, giving mainly to causes he was familiar with, including medical research, the arts, and museums.

In 2011, he recounted how he persuaded his alma mater, the Massachusetts Institute of Technology, to build a center to research prostate cancer.

“With tears running down my face, I begged the MIT corporation to commit to this essential project. I was treated to a standing ovation,” he said.