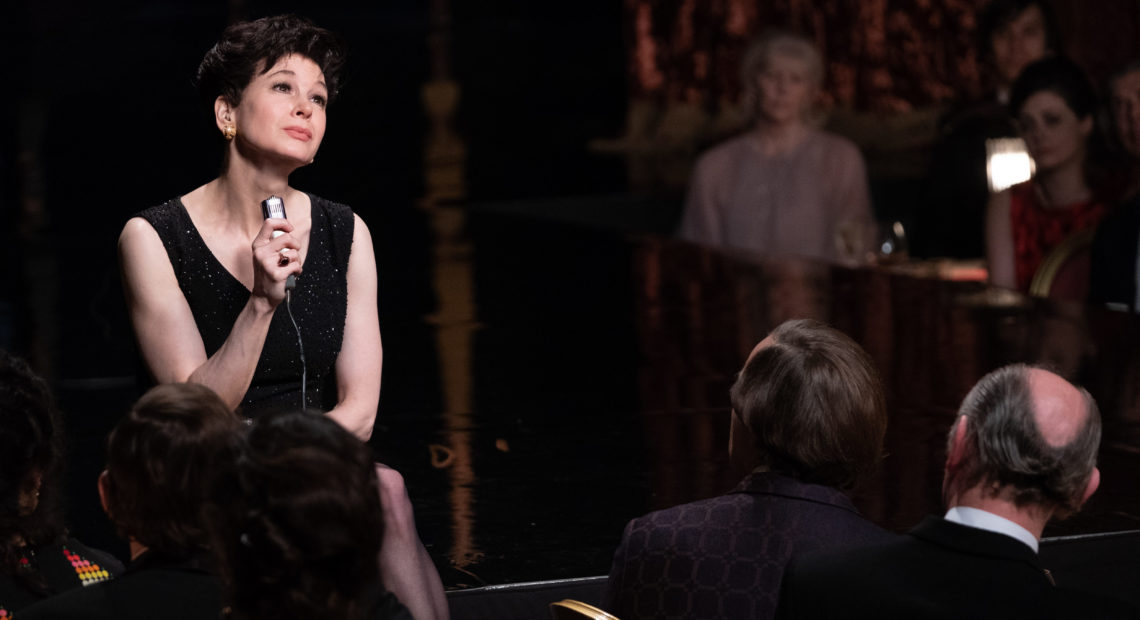 There are two Judy Garlands known to the public.

There’s the ’30s and ’40s Judy — the sweetheart of the movies, the girl next door, the star of The Wizard of Oz and Meet Me in St. Louis. And then there’s the older Judy, with The Judy Garland Show, scrutinized by the media, addicted to alcohol and drugs, and financially unstable.

It’s that era of the superstar’s life — a few months before her death in 1969 — where we find her in the new movie Judy. The biopic is mostly set during the weeks Garland spent in London performing at The Talk of the Town nightclub. 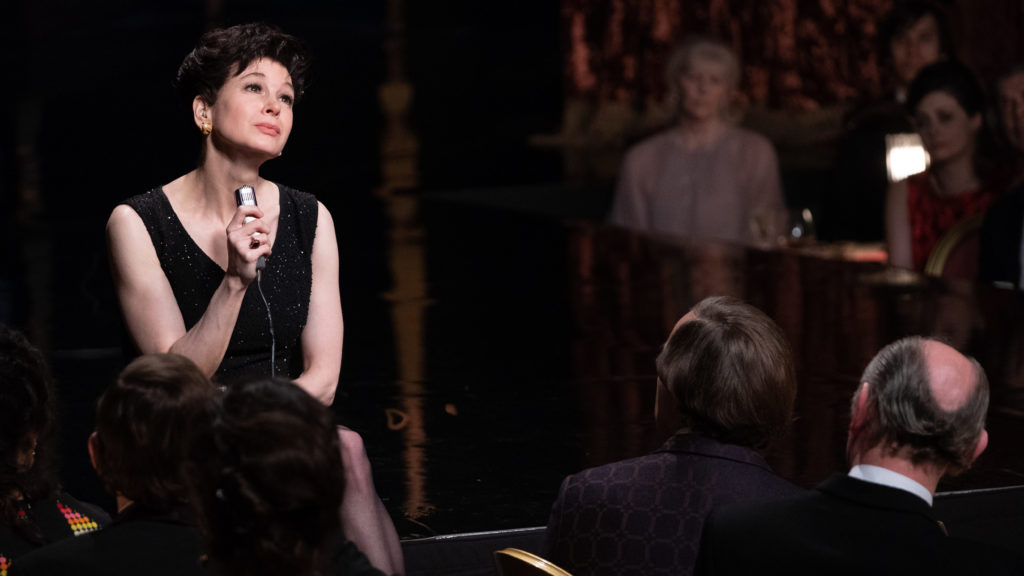 Renée Zellweger plays Garland in Judy. She does her own singing.

In an interview, she said she hadn’t known a lot about Judy Garland before taking the role — “I sort of took her for granted,” she says — but embraced the task of learning.

On playing a woman who has already been frequently imitated

There are a lot of things that are recognizable as uniquely Judy. Just characteristics which have been — I don’t know if they’ve been parodies as much as celebrated in our culture for decades. And so those things are pretty well-established and nonnegotiable — and that’s just about coming to familiarize yourself with those things and watching videos and watching performances and interviews, etc. … And c’mon, what a job to have, you know what I mean? I was spoiled rotten. And the treasure trove is vast, because her legacy is extraordinary, and thank you, Internet.

On one particular Judy Garland interview that stands out

There’s one interview that I would go back to quite a bit — and it was when a very, very young Barbara Walters sat down with her and with her children Lorna and Joey. And she seemed so vulnerable. And she was putting on a brave face, but you could tell that she felt there was a lot that was hanging in the balance in this televised appearance, and feeling so exposed. …

And that seemed key to me in filling in the blanks between what’s on public record and what is people’s speculations about what her experiences might have been, and then the ugly things that were written about her at that time. I felt like: “No, wait a second. This isn’t a woman who is past her prime with respect to her performance ability.” In fact, she’s probably more powerful in her ability to emote and connect with people with empathy, in singing these things about love and loss and hoping for better things, having lived those things herself, you know? There was a different way to look at her — not as a victim, but as heroic in what she was able to navigate.

On singing such famous songs by a well-known performer

Well, the first step was take that part out. Compartmentalize that part, and clock it in a very substantial layer of denial. And then, there’s just a lot of learning to do. A lot of [vocal] exercises … just to keep pushing until something that sounded like it belonged in the song was coming out of my mouth. And stylistically, that’s how I tried to approach it. I looked at it, tried to intellectualize it and say: “Right, OK, the gift is over there, let’s not even think about that, and let’s not think about how beloved she is. Let’s just go to what is recognizable about Judy’s singing — and learn those things.”

On the last song in the movie, “Over the Rainbow”

I guess I might have looked at it not as falling short, but as a different kind of triumph — the triumph of refusing to quit, the triumph of tenacity, her beauty as a performer despite her inability to fully access her instrument at that point in her life. I don’t see it as sad; I see it as remarkable. It’s more beautiful that you refuse to let go of that belief that things will be good again.

Danny Hensel and Sarah Handel produced and edited this interview for broadcast. Patrick Jarenwattananon adapted it for the Web.