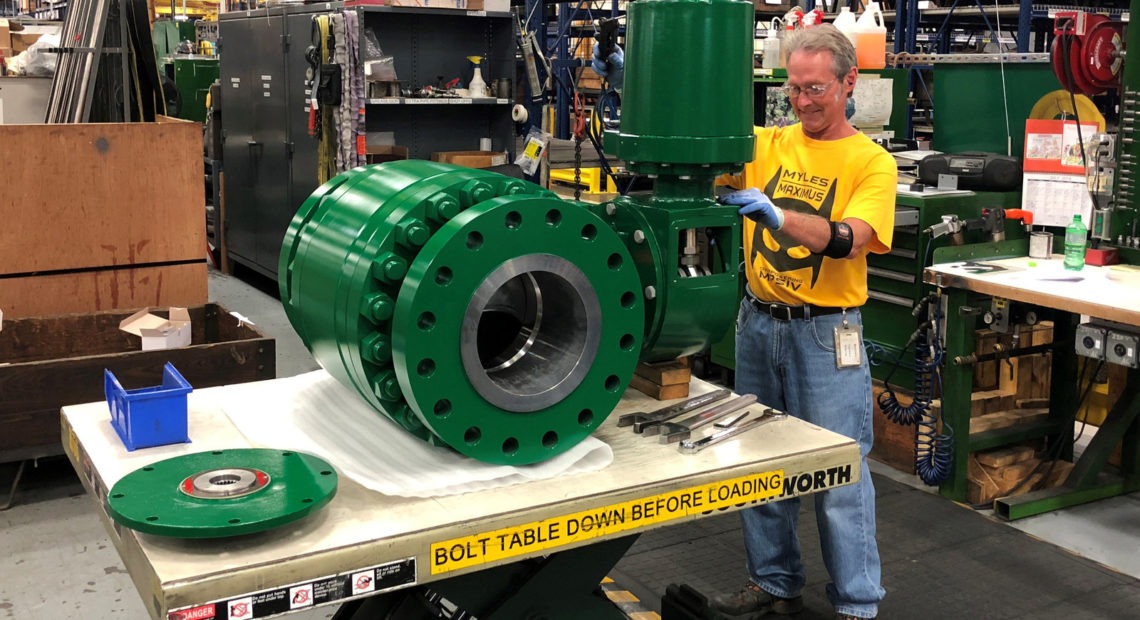 U.S. employers added 136,000 jobs in September — a sign of continued resilience in the labor market amid growing signals that the economy is losing steam.

The unemployment rate fell to 3.5% — the lowest since December 1969 — but the pace of hiring has slowed from last year. The jobless rate was 3.7% in August.

Job gains for the two previous months were revised up by a total of 45,000. 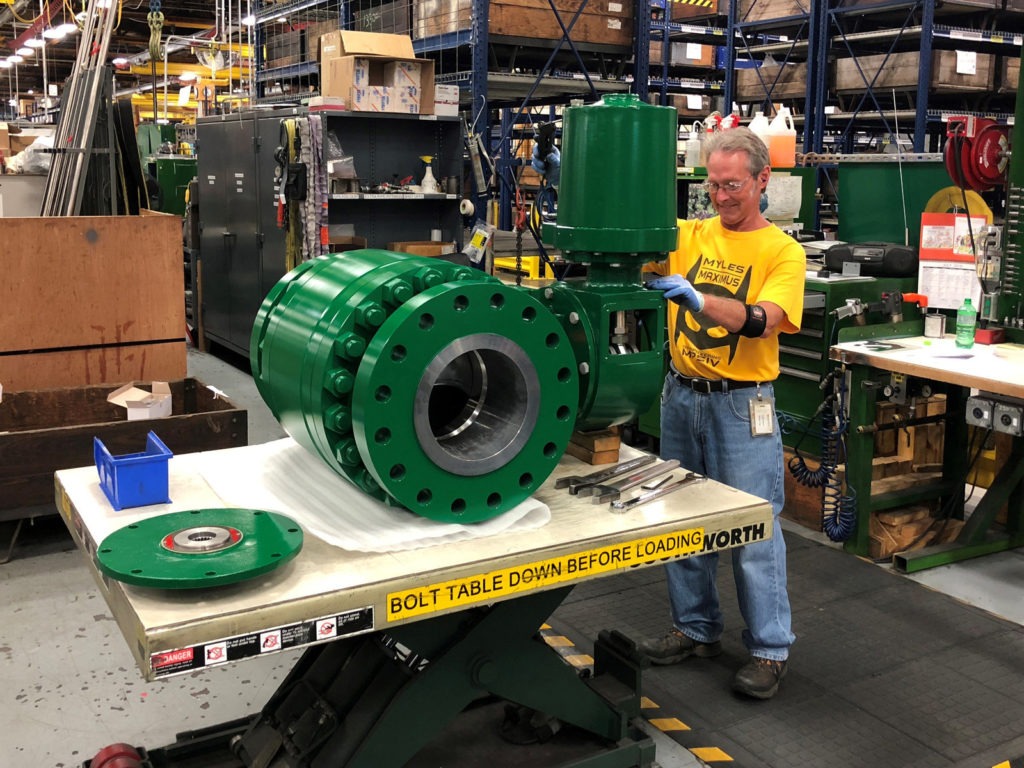 A worker assembles an industrial valve at Emerson Electric Co.’s factory in Marshalltown, Iowa. The manufacturing sector has seen a slowdown amid the ongoing trade war. CREDIT: Tim Aeppel/Reuters

“We were on high alert for the risk of a nasty surprise, which didn’t materialize,” said Mark Hamrick, senior economic analyst at Bankrate.com.

An index of manufacturing activity released on Tuesday showed the factory sector contracting for the second consecutive month. Factories shed 2,000 jobs in September.

The much-larger services side of the economy continued to grow in September but at a significantly slower pace. Private sector employers added 114,000 jobs during the month.

“The air continues to come out of the labor market, but it has not totally deflated,” said economist Nick Bunker of Indeed Hiring Lab.

While government agencies added a total of 22,000 jobs, only 1,000 were temporary census workers. In August, the Census Bureau hired 25,000 temporary workers.

Retailers continued to cut jobs, losing more than 11,000 in September.

“Amid this narrative that the weakness is concentrated specifically in the manufacturing sector, it’s now clearly spread to other parts of the economy,” said senior economist Tim Quinlan of Wells Fargo Securities.

Factories are especially sensitive to global forces, including the trade war. But mounting tariffs have also taken a toll on consumers’ confidence.

“To the extent that they start scaling back their outlays, not just on goods that are impacted by the tariffs but also any of their other service-related spending, that’s now having a knock-on effect in the broader services economy,” Quinlan said. 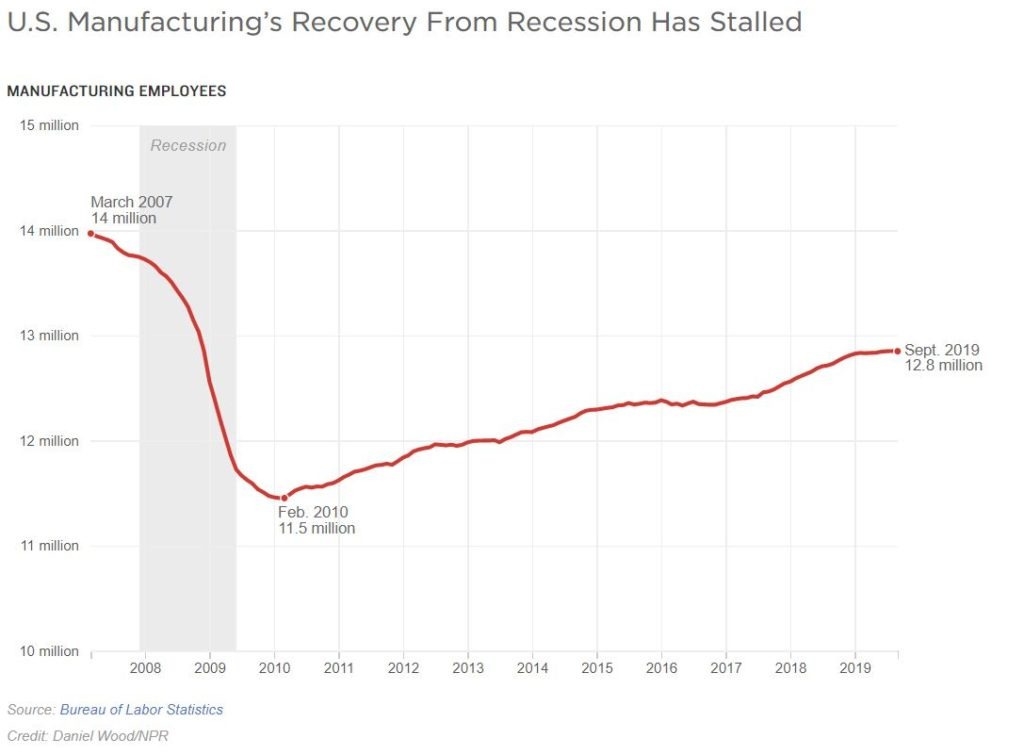 Average hourly wages over the past year have increased by 2.9%. That’s down from 3.2% in the 12 months ending in August.

“The best of wage growth may have already been seen during this economic expansion,” Hamrick said.

“We’re not seeing as much movement in wages as we’d want,” said Becky Frankiewicz, president of the temporary services firm ManpowerGroup North America. “Given supply and demand, we’d expect to see more.”

Job gains and economic growth have downshifted from a year ago. The economy grew at an annual rate of just 2% in the second quarter. And forecasters say growth in the just-ended third quarter may have been even lower. Monthly job gains over the past three months have averaged 157,000, compared with an average of 189,000 jobs in the same period a year ago.

The labor force participation rate held steady in September at 63.2%.

Quinlan is not projecting a recession, but he does expect growth to slow to an annual pace of just 1.5% over the next few quarters — barely above stall speed.

“It certainly feels like we’re getting closer to that razor’s edge,” he said. “I get the sense a lot of financial market participants are just waiting for that next shoe to drop.”