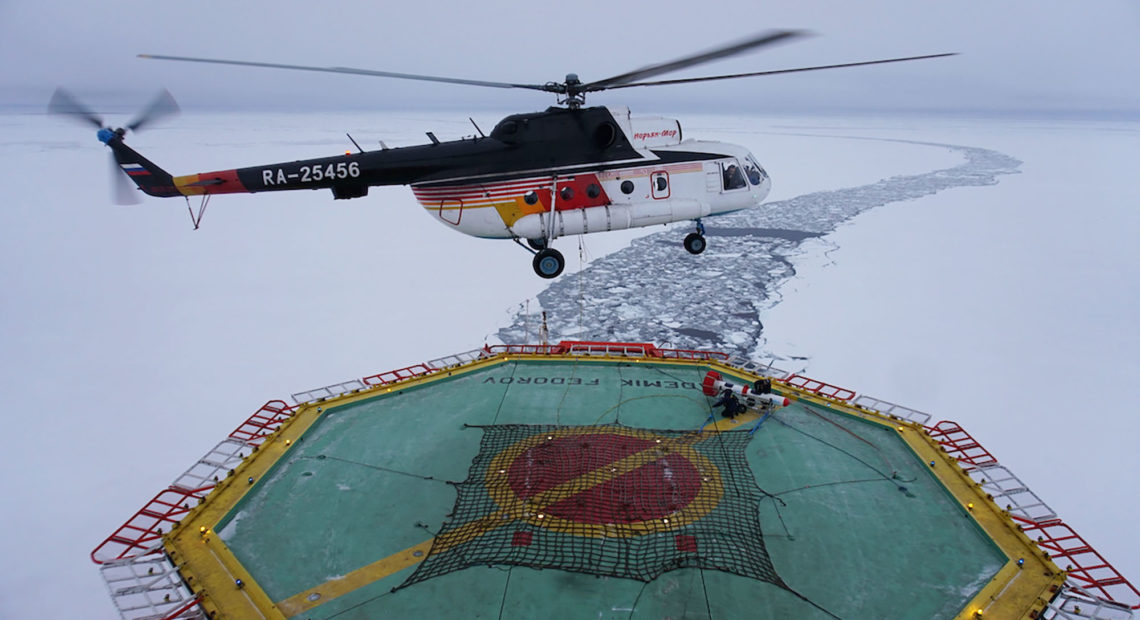 One of the most ambitious polar science expeditions in history just passed a critical hurdle.

After months of monitoring the ice by satellite and several days of surveying specific ice floes in the central Arctic Ocean, the scientists of the Multidisciplinary Drifting Observatory for the Study of Arctic Climate (MOSAiC) have selected the piece of ice they plan to freeze into for the next year.

Researchers struggled initially to find suitable ice, encountering extremely thin ice conditions at many of the floes they surveyed. But on Friday they officially announced that they found a piece of ice radically different from the others in their survey area that’s large and thick enough to meet the needs of the mission. 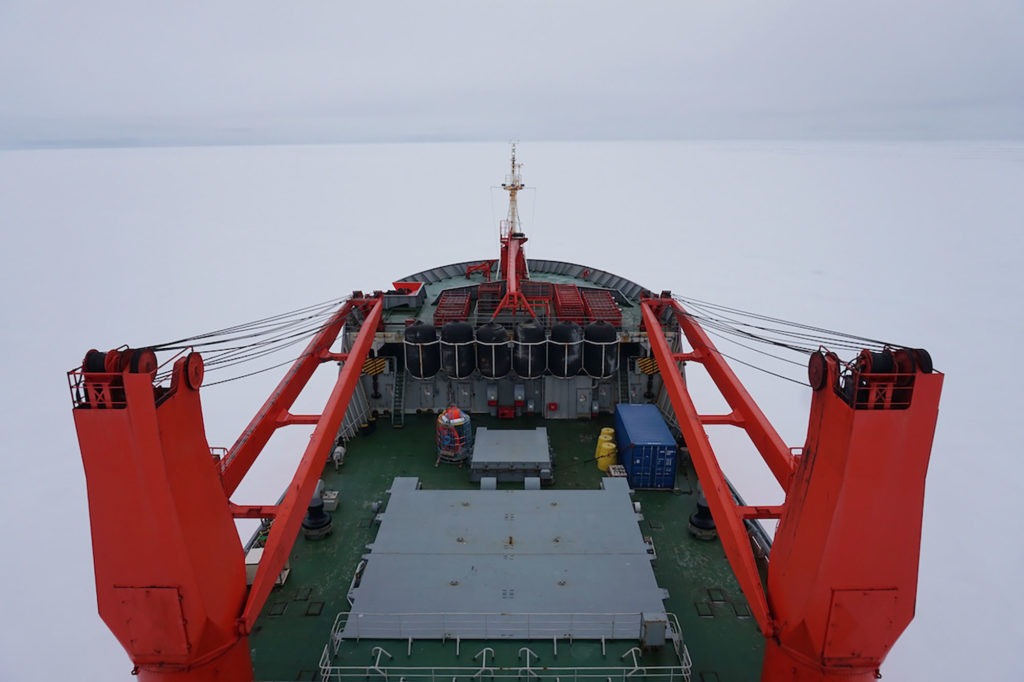 The MOSAiC design involves freezing the German icebreaker Polarstern into the ice for a whole year and collecting a vast array of data to better understand Arctic climate change and improve how the Arctic is represented in climate models.

In the past few decades, Arctic sea ice has been dramatically reduced in both thickness and extent, and there are big knowledge gaps in how this Arctic now operates.

Because the Arctic system is interrelated, changes in the sea ice could mean a cascade of effects in everything from how clouds are formed, to how gases like carbon dioxide are exchanged between the atmosphere and ocean, to how the Arctic system operates. MOSAiC scientists will spend a year studying this system in detail.

“We need this information because the Arctic is changing so rapidly and it’s a place that we have not observed very well in the past,” says Matthew Shupe, an atmospheric scientist with the University of Colorado and the National Oceanic and Atmospheric Administration, and the co-coordinator of MOSAiC.

They plan to both collect data from the ship and build what amounts to a research village on the ice, with a large array of instruments, heavy machinery and power lines.

That was one of the big factors that informed their criteria for the ice floe — it had to be thick enough to support that infrastructure, ideally around 4 feet thick. It also had to be large enough to accommodate a runway to transport personnel and cargo to the Polarstern later in the year.

This time of year, Arctic sea ice is at its lowest and thinnest of any season. But this summer, warm Arctic temperatures made the sea ice in this area particularly thin. 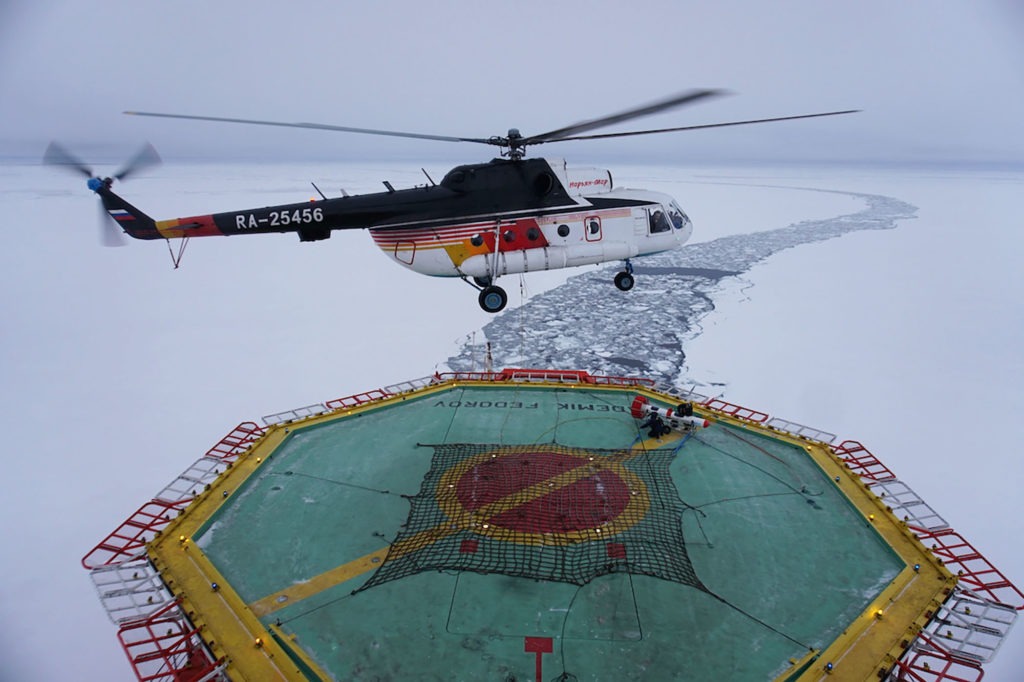 A helicopter takes off from the research vessel Akademik Federov to survey the thickness of an ice floe on Sept. 30. CREDIT: Ravenna Koenig

“The really warm summer in the Arctic has really had its impact on the ice,” says Markus Rex, the mission’s leader and head of the atmospheric research department at the Alfred Wegener Institute, which is coordinating the MOSAiC mission. “The floes are thin and they are not stable.”

The Polarstern left Tromso, Norway, on Sept. 20 and has been scouting for an ice floe with the support of the Russian research vessel Akademik Fedorov. Both ships spent days assessing the ice in different ways, including doing helicopter surveys to measure the thickness of the ice with airborne sensors and going out on the ice with snowmobiles to take manual measurements with drills.

The floes the group initially measured were not promising. “They have a thin layer of less than 40 centimeters of ice, and then below that a very spongy layer of very degraded ice, which does not support any infrastructure,” Rex says. “That would certainly not be suited to our expedition.” 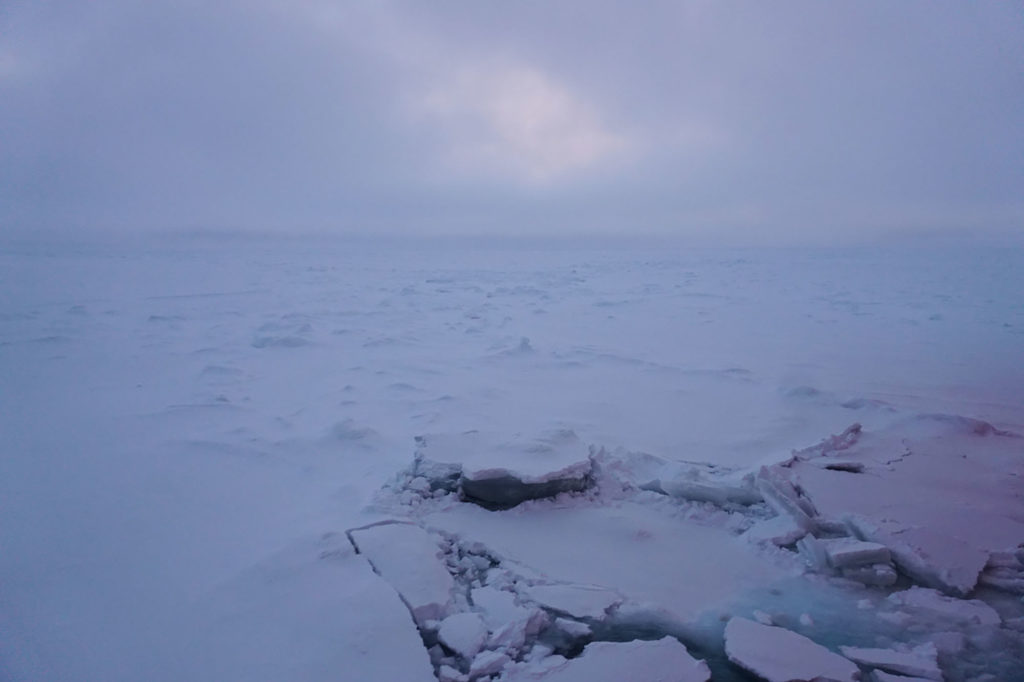 Then on Wednesday, mission leaders announced to the expedition team that they had found a piece of ice different from everything else they’d examined. An ice floe about a mile and half by two miles, with a centerpiece of thick ice, in some places about 13 feet thick. One scientist called it “a hidden treasure.”

Mission ice experts say that the thickness is likely due to the ice having been compressed at some point, so multiple pieces bound together into ridges.

On the Polarstern, mission participants clinked glasses in the vessel’s bar. “I am relieved,” Rex says over a beer in his office. “I think my celebration will be to get a good night’s sleep.”

They still may face a variety of challenges. Over the course of the next year, the ice floe could get hit by a storm, which could break up the ice. Rex says if that happens, they would wait for it to consolidate into a stable floe again.

The exact path the ice will take them is still unclear. If everything goes according to plan, the Polarstern will drift with this ice floe for a year as it’s pushed across the polar cap and southward toward the Atlantic, in a phenomenon called the Transpolar Drift. They hope to wind up in the Fram Strait between Greenland and Svalbard in the fall of 2020.