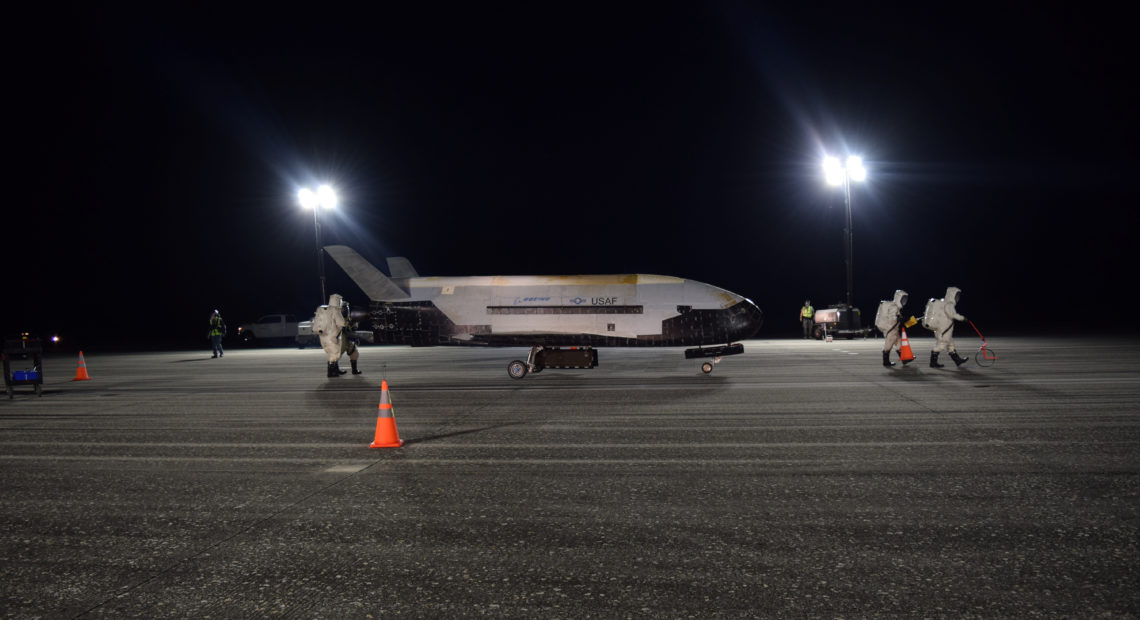 After a record-breaking 780 days circling the Earth, the U.S. Air Force’s mysterious X-37B unmanned space plane dropped out of orbit and landed safely on the same runway that the space shuttle once used.

It was the fifth acknowledged mission for the vehicle, built by Boeing at the aerospace company’s Phantom Works.

“Today marks an incredibly exciting day for the 45th Space Wing,” Brig. Gen. Doug Schiess, 45th Space Wing commander, said in a statement. “Our team has been preparing for this event, and I am extremely proud to see their hard work and dedication culminate in today’s safe and successful landing of the X-37B.” 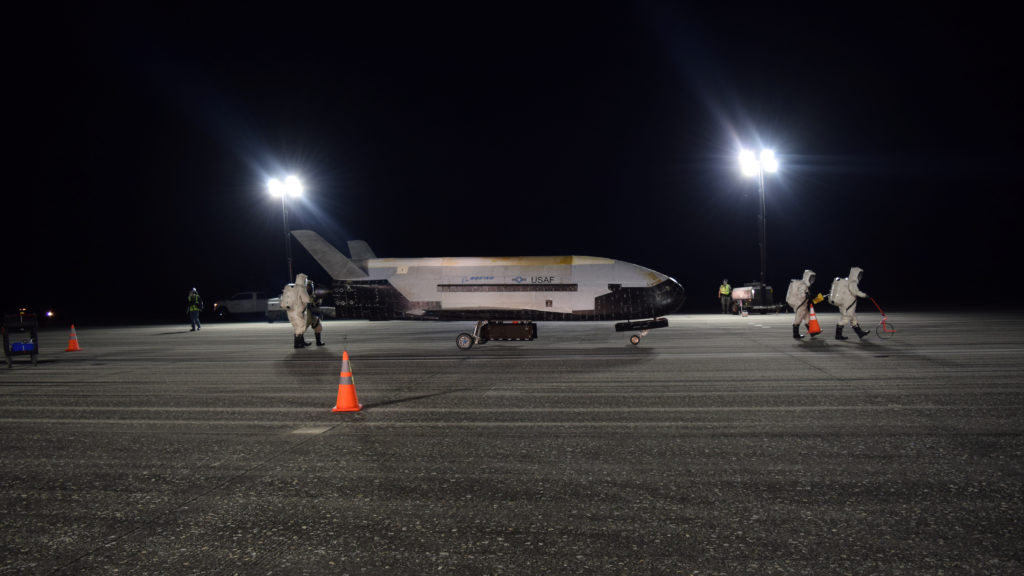 As in previous missions, many of the details about the vehicle’s activities in the past two years are being kept under wraps. One experiment was to “test experimental electronics and oscillating heat pipe technologies in the long-duration space environment,” according to the Air Force statement.

Walden’s statement sparked a reaction from some, such as Jonathan McDowell, an astronomer at the Harvard-Smithsonian Center for Astrophysics, who keeps tabs on the registration of satellites.

“The statement that this @usairforce X-37 flight deployed small satellites is alarming, since the US has not reported those deployments in its UN Registration Convention submissions,” McDowell tweeted. “This would be the first time that either the USA or Russia has blatantly flouted the Convention.”

The Air Force is believed to have two of the 29-foot-long reusable X-37Bs — which resemble miniature space shuttle orbiters — and both have flown multiple flights, according to Space.com. They were originally designed to spend 240 days in orbit, but with the latest flight — and a previous one that went for 718 days — they have tripled their expected endurance. The latest mission, known as OTV-5, was launched into orbit by the SpaceX Falcon 9 on Sept. 7, 2017.

The X-37B was first developed by NASA as a test-bed for future spacecraft, but it was transferred to the Defense Advanced Research Agency in 2004 and then absorbed by the Air Force.