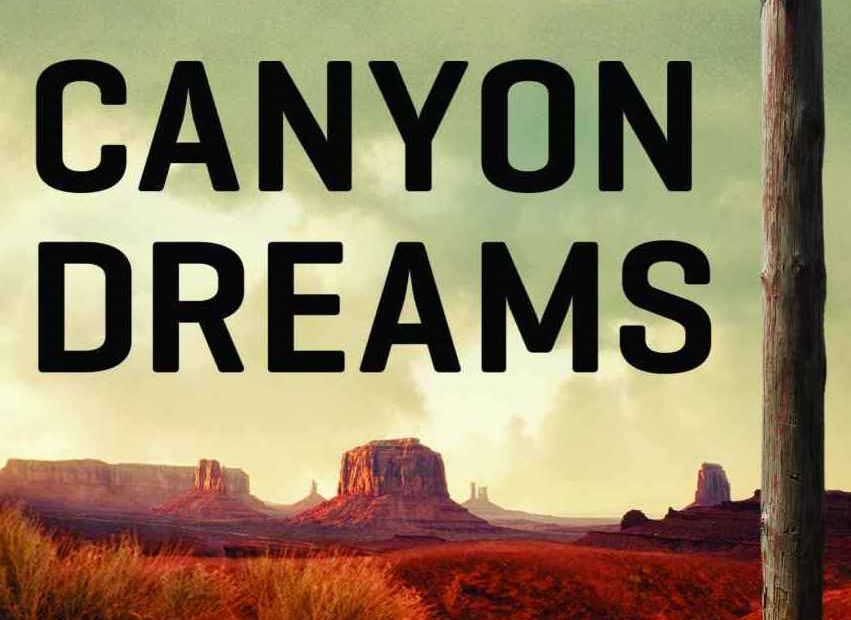 BOOK REVIEW: In ‘Canyon Dreams,’ A Navajo Town Struggles To Survive In An Often Hostile World

College and professional sports have a way of dominating the national headlines. But in some parts of America, high school athletics have become local obsessions.

In Pennsylvania, fans flock to school wrestling matches, while in Texas, high school football teams routinely sell out some of the state’s biggest stadiums.

In many parts of the western U.S., though, it’s the game of “rez ball” that has sports fans enchanted. As Michael Powell writes in his wonderful new book, Canyon Dreams, rez ball — so named because it’s played on Native American reservations — is a unique spin on basketball, “a quicksilver, sneaker-squeaking game of run, pass, pass, cut, and shoot, of spinning layups and quick shots and running, endless running … Play was swift and unrelenting as a monsoon-fed stream.” 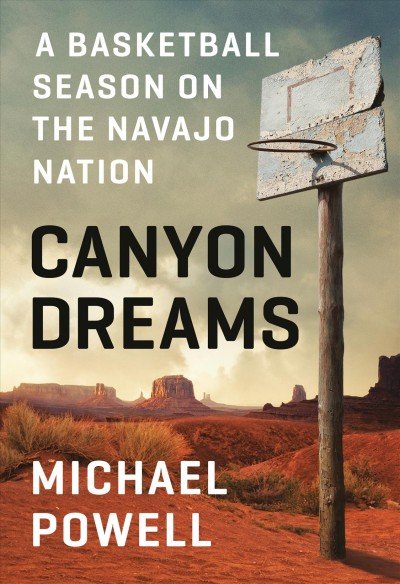 Canyon Dreams:
A Basketball Season on the Navajo Nation by Michael Powell

And not many teams play it better than the Wildcats of Chinle High School, located in the Navajo Nation in northeastern Arizona. Powell, a New York Times columnist, spent a season in the small town of Chinle, watching the Wildcats take to the hardwood, and spending time with those who call the reservation home. Canyon Dreams is the product of his time in and around Chinle, and it’s a remarkable achievement.

Powell focuses heavily Raul Mendoza, the school’s “respected, although perhaps not beloved” basketball coach, whose career leading teams in the Southwest spanned decades: “He had lived a dozen lives in seventy years of wandering.” Mendoza is an old-school coach who’s determined to take Chinle to the state championships; he loves telling “corny jokes and he could name no rapper, past, present, or future.”

At the beginning of the season, Mendoza’s Chinle team has the potential to be a powerhouse, though you wouldn’t know it to look at them: Only three of the players on his team are over 6 ft. tall; the Wildcats’ point guard, Josiah Tsosie, stands at 5 ft. 4 in. Still, they’re scrappers in the rez ball tradition, which puts a premium on pugnacity and physicality: “Custom dictated that players help their opponents to their feet. They as quickly knocked them down again.”

Many of Mendoza’s players aren’t quite sure what to make of their laconic, reserved coach; some resent him for leaving them on the bench, while others don’t appreciate his often caustic assessments of their on-court performance. Despite his hard edges, though, Mendoza clearly cares for his players, especially those who have had to endure difficulty:

“Mendoza harbored special affection for the lost. … To take a well-adjusted kid and train and mold him was rewarding; to break through to the desperate, to give hope where there was none, was another mission entirely.”

And none of the players on the team have had easy lives. Chinle, like many nearby towns, has been beset by poverty, unemployment, domestic violence and alcoholism: “I knew of no player on Mendoza’s team whose family had not lost a relative to the bottle and fetal alcohol syndrome deformed some infants,” Powell writes.

He spends time with a wide array of people who live on the reservation, and presents their stories with a sympathy that’s never condescending. The results of his interviews can be heartbreaking: At one point, he takes a walk with a Navajo jeweler who used to play rez ball as a teenager; the next day, Powell learns that the man passed out the night before, the result of drinking too much, and froze to death.

Canyon Dreams is a book about basketball the same way that Buzz Bissinger’s Friday Night Lights is a book about football — while sports are the ostensible focus, Powell’s real interest is the community that drives the team. That’s not to say Powell’s coverage of Chinle’s games isn’t fascinating; indeed, he recaps the matches with an expert pacing, and creates an atmosphere of suspense as the Wildcats’ season progresses. He’s an excellent sportswriter with an obvious love for the game, and he does a great job explaining what makes rez ball so unique.

But it’s his deep dives into the lives of those associated with Chinle and its high school that sets Canyon Dreams apart. He profiles not just the players and coaching staff, but also teachers, townspeople and activists, and the result is a moving portrait of what it’s like to live on the reservation. Powell even incorporates memoir into the book, writing about his own explorations of the town, and how he came to be so invested in its people.

Canyon Dreams is difficult to categorize, but it’s unmistakably beautiful. Powell is a gifted and giving writer, and his book is at once a reflection on youth and ambition and a fascinating chronicle of a town’s struggle to survive in a world that’s often cruel and hostile. “Nothing about a basketball season is easy,” as Mendoza says. “Neither is life.”