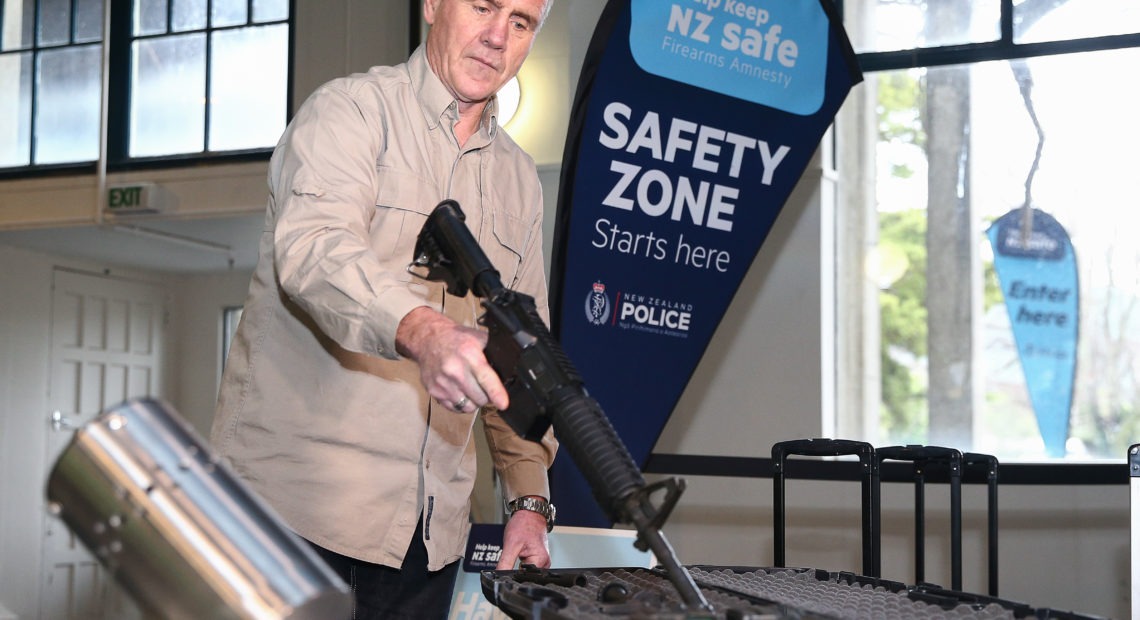 New Zealanders Hand In More Than 50,000 Weapons As The Country’s Buyback Program Ends

New Zealand’s months-long gun amnesty and buyback program ended Friday, with questionable success. The amnesty gave gun owners a chance to surrender certain firearms before facing legal recourse for having them after the country outlawed most semi-automatic and military-style firearms earlier this year.

The ban was a direct result of the country’s deadliest terrorist attack last March when a suspected white supremacist gunned down 51 people in two mosques during Friday prayer in Christchurch. Prime Minister Jacinda Arden vowed to change the country’s gun laws the very next day. 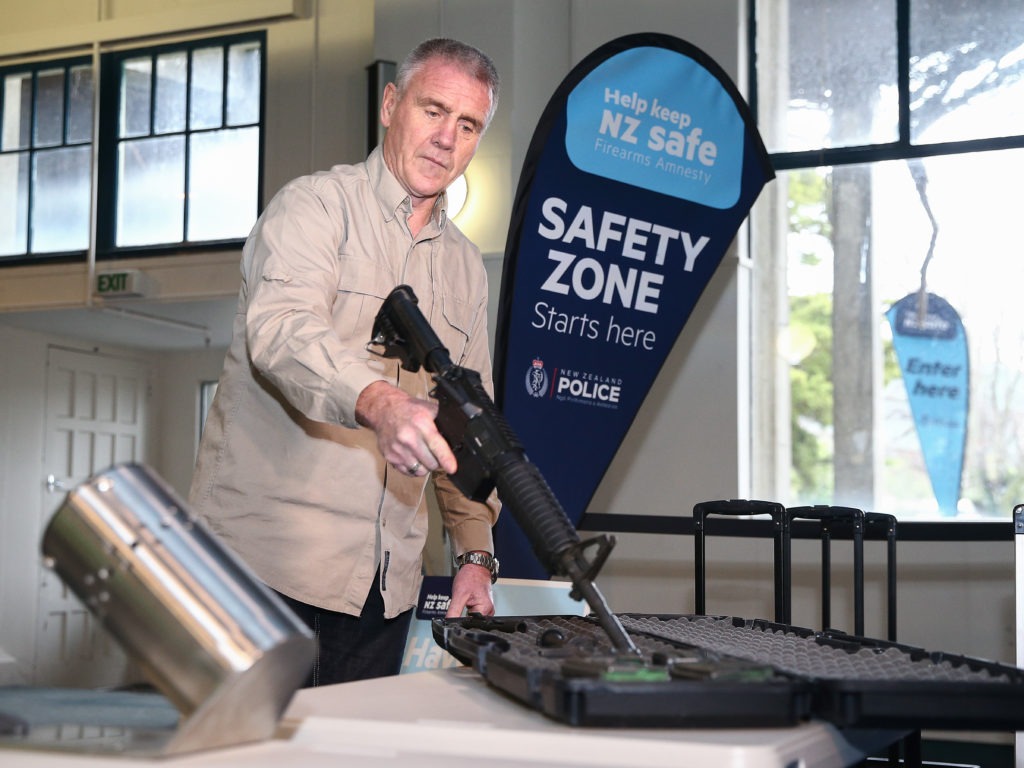 A gun is prepared for use in a bullet trap as part of a demonstration during a firearm buy-back collection event on July 4 in Wellington, New Zealand. CREDIT: Hagen Hopkins/Getty Images

Since the buyback began in July, more than 56,000 banned firearms and nearly 200,000 illegal gun parts were collected at hundreds of collection points around the country, according to New Zealand police data. But critics of the program argue that could be just a fraction of the newly illegal weapons in the country — a point which is hard to counter, since New Zealand only just created a firearm registry this year.

A widely cited report by independent consultancy KPMG, commissioned by the government, estimated the number of banned guns in the country to be somewhere between 56,000 and 173,000, leaving some to speculate that there could still be tens of thousands of illegal guns in the hands of gun owners even after the buyback.

“It’s a failure of massive proportion,” said Nicole McKee, secretary of the Council of Licenced Firearms Owners (COLFO), the nation’s largest gun-rights group, in a statement to the press.

McKee called the process “rushed,” saying that multiple changes to the list of banned weapons was confusing for gun owners.

“There will be a number of good people who will be made criminals by this government’s arrogance,” she said, worrying that the grey and black markets would be flushed with illegal firearms as a result of the ban.

But Minister of Police Stuart Nash rejected that claim.

“You’d have had to have lived under a rock if you’re a gun owner not to understand what the government is doing,” he told national New Zealand broadcaster 1news earlier this week. “The vast majority of gun owners in this country are law abiding citizens, they’ve done the right thing.”

He said that the government has never known how many guns were in circulation, but added that he thinks New Zealand police have largely collected the newly banned weapons.

“If people still own these guns after Dec. 20, they face up to five years in jail. They run the risk of losing their freedom. That’s why I just do not believe there are 170,000 — I think we’ve got the majority of these guns in,” Nash said.