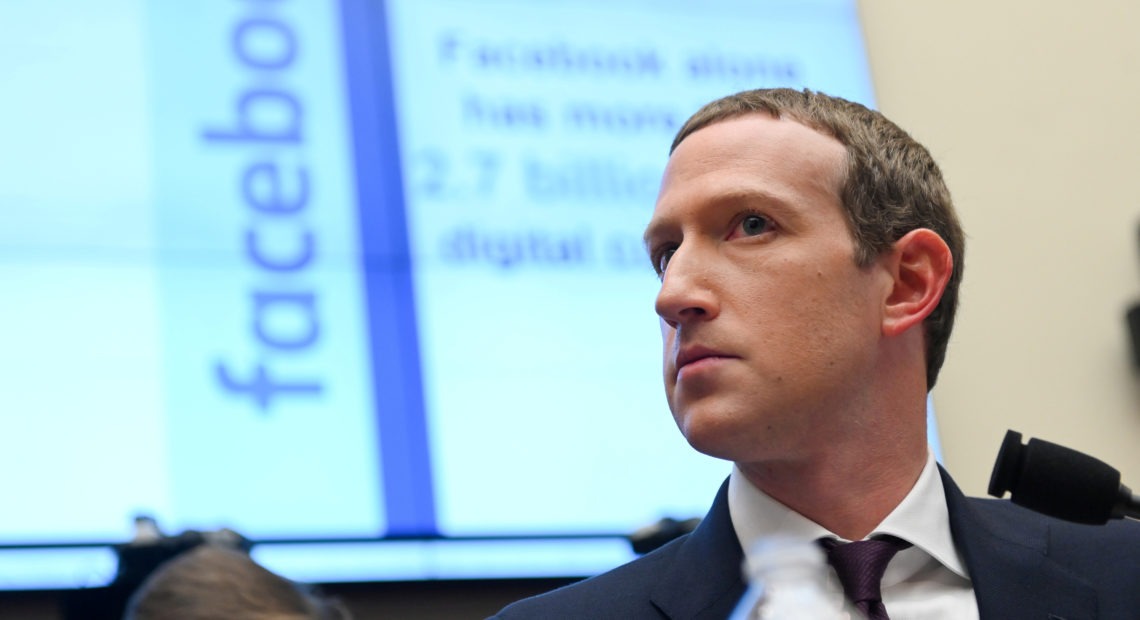 Facebook says it will continue to allow political ads that target the social media platform’s users, sticking to its position despite concerns about the potential impact on the upcoming presidential election. Federal Election Commissioner Ellen Weintraub sharply criticized the policy, saying Facebook’s “weak plan suggests the company has no idea how seriously it is hurting democracy.”

Facebook’s policy falls short of measures recently taken by other tech giants. Google says it will limit the ability of political ads to target an audience, and Twitter has banned political ads entirely. 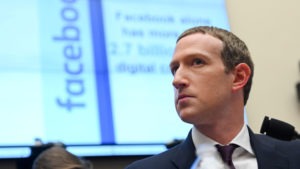 Facebook says it will continue to allow political ads to be targeted to only small groups of its users. Here, Facebook Chairman and CEO Mark Zuckerberg is seen visiting Congress for a hearing last October. CREDIT: Erin Scott/Reuters

Taking aim at Facebook’s policy in a series of tweets Thursday morning, Weintraub, a Democrat, said, “I am not willing to bet the 2020 elections on the proposition that Facebook has solved its problems with a solution whose chief feature appears to be that it doesn’t seriously impact the company’s profit margins.”

Facebook also says it’s not changing how it handles the content of ads. While the company says its community standards bar hate speech and harmful content, the policy announced Thursday does not address calls from those who want the company to fact-check ads before it publishes them. (Note: Facebook is among NPR’s financial supporters.)

In announcing the policy Thursday, Facebook’s director of product management, Rob Leathern, wrote that “people should be able to hear from those who wish to lead them, warts and all, and that what they say should be scrutinized and debated in public.”

Facebook says it shouldn’t be in the business of fact-checking, that the U.S. needs new laws to govern political speech on social media — and to a degree, the American Civil Liberties Union agrees.

“This will not be a popular view. But on the whole, we think that Facebook got this right,” says Ben Wizner, director of the ACLU’s Speech, Privacy, and Technology Project.

Describing the gray area that political ads often occupy, Wizner added, “I don’t think Facebook is capable of doing effective fact-checking, and I don’t think as a society we should want Facebook to be the entity that’s making those kinds of distinctions.”

Part of the issue, he says, is the massive scale of political ads — not only at the federal, state and local levels in the U.S., but also in every country in which Facebook operates. Wizner predicts that if Facebook took up fact-checking in earnest, it would be inundated with demands from candidates and political campaigns that want the other side’s ads taken down, rather than responding to them in public.

A different take comes from the Electronic Frontier Foundation, the online civil rights group, which accused Facebook of exempting politicians from the rules it applies to everyone else.

In a statement sent to NPR, Gennie Gebhart, the EFF’s associate director of research, said, “Facebook readily and pervasively plays the role of speech referee for the general public, but, concerned about playing politics, applies a more permissive set of rules to powerful political groups complaining about bias.”

Despite backing part of Facebook’s revised policy, the ACLU’s Wizner agrees with critics who say the company should change how it handles targeted political advertising.

“There is something different about online microtargeted advertisements and the kind of political advertisements that we’ve mainly seen in the past, on radio and television,” he says. With targeted ad campaigns, he adds, “it’s possible for candidates to send one advertisement to me and a different one to my neighbor across the street. And so that makes it easier for lies to go uncorrected.”

Among the changes Wizner would like to see: more information from Facebook about which users have been targeted with political ads, so misleading information can be rebutted.

“If a candidate is going to run an ad that goes only to men in one neighborhood, or only to women in another, then we should know who the target audience was,” he says. “So that if the ad contains falsehoods, we know how to better target our responses and corrections. And Facebook should consider raising the minimum number of targeted audience members for ads — so that we’re dealing with a more common political conversation, and not a different one for each household.”

The FEC’s Weintraub has urged tech companies to take an aggressive stand against microtargeting potential voters with ads. In an opinion piece for The Washington Post last November, Weintraub wrote, “Microtargeting by foreign and domestic actors in 2016 proved to be a potent weapon for spreading disinformation and sowing discord.”

Facebook promises that its approach will bring “unprecedented transparency and control for political ads.” The company plans to add a new control in early summer that will let users cut down on the number of political and social issue ads they see, on both Facebook and Instagram. Its users can also search its Ad Library for details such as the size of an ad’s audience, and where those people live.

“The expanded transparency features will roll out in the first quarter of 2020 and will apply in all countries where we facilitate ‘Paid for by’ disclaimers on ads,” Facebook says.

But those solutions don’t satisfy critics who say the platform’s users still won’t be able to opt out completely and block all political ads. Experts also note that the tools Facebook is giving to its users can be complicated to use and can be easily overlooked as just another “terms of service” bulletin.

“More transparency and user control over advertising is an undeniably good thing, but this policy still doesn’t go far enough,” says Nina Jankowicz, who studies technology and politics as the Disinformation Fellow at the Woodrow Wilson International Center.

Jankowicz says that while Facebook is giving people more control of the political ads they see, many users could have trouble navigating its tools.

“How many people understand the way microtargeting works, let alone Facebook’s Custom Audience feature, which allows advertisers to target on an even more precise level?” she asks.

Jankowicz says Facebook should offer the controls in an easy-to-use design and do more to educate its more than 2 billion users about what the changes mean. And she believes people who are on Facebook should regularly review how their profiles handle politics.

“Like democratic discourse, this should be a feature that users are constantly interacting with and adjusting based on their own inclinations and personal experiences on the site,” she says. “Based on Facebook’s track record with features like these, I’m not sure that’s going to happen.”

As Facebook’s Leathern discussed the company’s ad policy, he also acknowledged those who are unhappy with its practices.

“We recognize this is an issue that has provoked much public discussion — including much criticism of Facebook’s position,” Leathern wrote. “We are not deaf to that and will continue to work with regulators and policymakers in our ongoing efforts to help protect elections.”