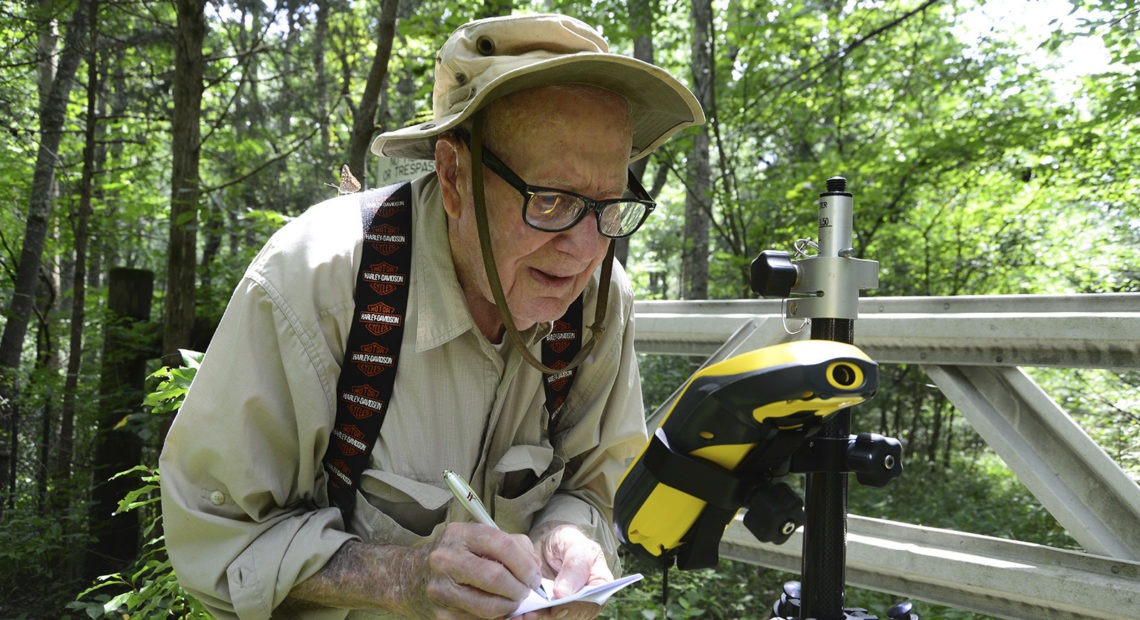 ‘I’ve Been A Pretty Lucky Guy’: At 102, A WWII Veteran And Indiana’s Oldest State Worker Is Retiring

It’s a fact of life — one that folks usually come to terms with in their mid- to late 60s. Unless, of course, you’re running for president. Or Clint Eastwood.

There’s one man, though, who makes a whippersnapper like Eastwood look like a novice: Bob Vollmer, who, at 102 years old, is only now considering putting his feet up after nearly six decades at Indiana’s Department of Natural Resources. 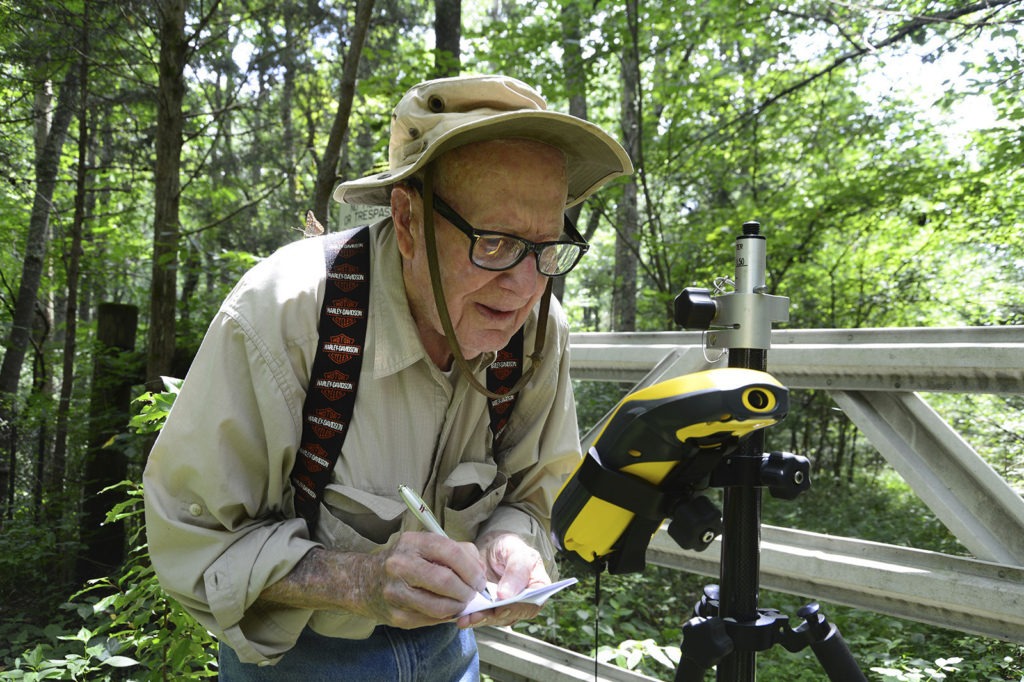 “I’ve got a lot of things planned,” the centenarian land surveyor, the oldest state employee in Indiana’s history, tells NPR’s Weekend Edition. “I have some great-grandkids coming along. Matter of fact, if I can live a little bit longer, I might be a great-great-grandfather.”

He says that after his planned retirement next month, he’s got “some projects” he’s preparing to build for the little ones, which he won’t reveal on national radio because “they’re going to be a surprise.” And maybe something for himself, too: “Might build me a new swimming pool or something like that.”

To talk with Vollmer is to come away surprised — not that he has managed to work as long as he has, but that he has decided to retire at all.

He has spent his life on his feet, first serving in the Navy during World War II, then studying engineering. By the time he took up surveying for Indiana in the early 1960s — back when it was still known as the Department of Conservation — he had already reached the tender age of 45.

Since then, he’s largely dispensed with desks, instead spending much of his time braving the mosquitoes to check on department properties in dozens of Indiana counties.

“He never wants to be idle,” Vollmer’s boss, the department’s director of engineering, Dale Gick, told Outdoor Indiana magazine three years ago, when Vollmer was still months away from reaching the century mark. “He’s always on the go, always moving. He works all the time, nights and week.”

Plus, decent genes never hurt. Vollmer’s mother lived to the age of 108, and he says she wasn’t the only person to make it past 100 on that side of his family.

But no matter how far you’re moving, no matter how long the branches of your family tree, time always tends to catch up — time, and the toll it takes on the body. He has seen that in the friends and colleagues he has lost.

“I’ve been a pretty lucky guy,” he says. “I’ve had people that’s done a lot of big favors for me all my life. Some people, I don’t have no idea who they were, but I do feel like I owe all these people. I wouldn’t know how I’d repay them, but I think about them. I think about them an awful lot.”

As for his own decision to retire, he says it’s become pretty clear. 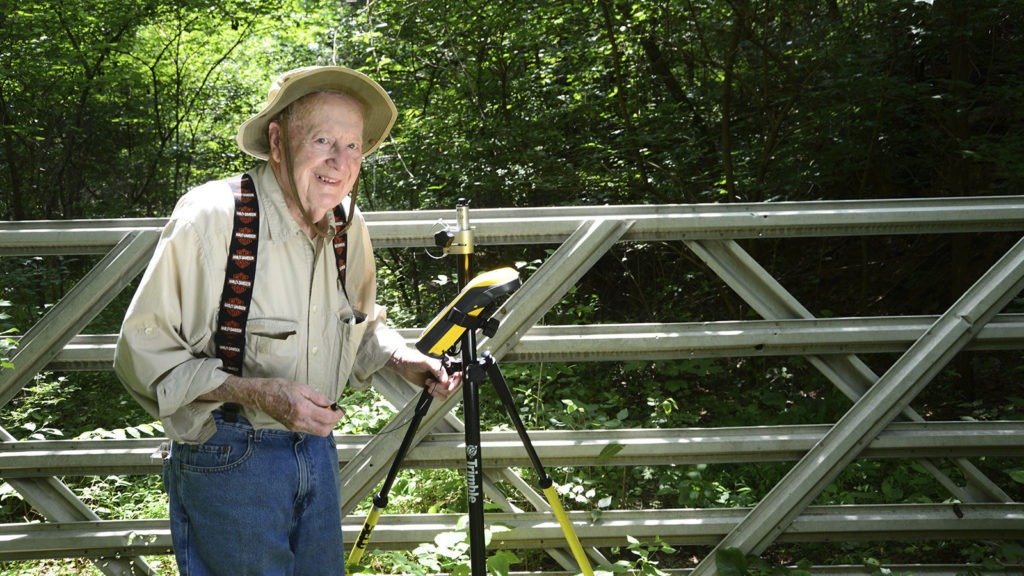 Bob Vollmer, at the age of 99, seen at work as a surveyor — more than a half-century after he took the job. Now 102, Vollmer says he’s worn out his legs. But he still has big plans for life after retirement. CREDIT: John Maxwell/AP

“Your body tells you what you can do and what you can’t do,” Vollmer tells NPR, noting a nagging service injury and weakening legs. “I don’t think I can justify what I used to do — I mean, climb the hills, fight the elements in the woods. It’s pretty rough, being tangled in vines, poison ivy, all kinds of things that you really have to be careful with, you know. I’ve worn my legs out.”

Still, when he hangs it all up, he will do so with honors. In 2016, Vollmer won the Sagamore of the Wabash, Indiana’s highest civilian honor, selected by the governor and awarded to recipients — such as President Harry Truman and David Letterman — who have “distinguished by his (her) humanity in living, his loyalty in friendship, his wisdom in council, and his inspiration in leadership.”

“I try to be right with people,” Vollmer explains, saying he has always kept a lesson he received from his father: “If anybody does anything for you, helps you in any way, be sure and say thank you.”

“And I remembered that when I grew up,” he adds. “Maybe I might go overboard sometime in saying thank you, but I assure you, that’s very important. And my dad’s the one that put me straight on that.”