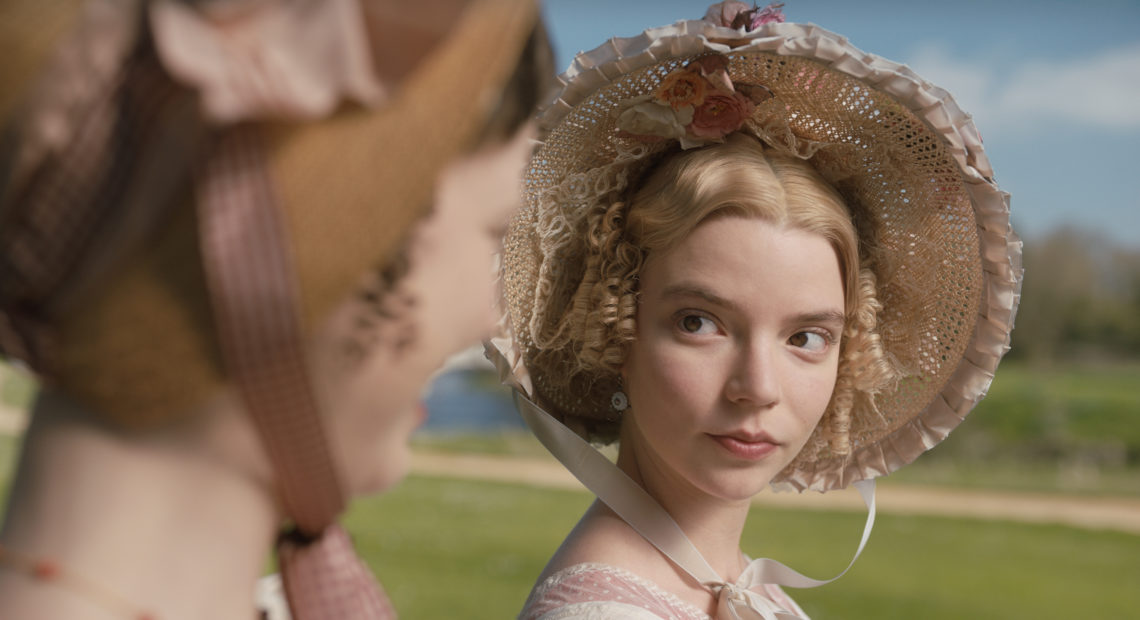 FILM REVIEW: New ‘Emma’ Is A Frosted Cupcake Come To Life (In A Good Way)

The latest adaptation of Jane Austen’s Emma is as handsome, clever and rich as its famous heroine — and I mean “rich” in the caloric sense, as well. I wanted to snack on every pastel-hued surface of Kave Quinn’s production design, which suggests nothing less than a frosted cupcake come to life — a feast of lace bonnets and high collars, gilded frames and glass chandeliers.

Happily, all this decorative excess serves a purpose. This is the first feature from the photographer and music-video director Autumn de Wilde, and while she has an obvious eye for beauty, she has an equally sharp eye for the absurd. There’s a touch of Wes Anderson archness to her aesthetic, the way her camera both flatters and mocks the cavernous drawing rooms and sunny meadows of the 19th-century English village of Highbury. De Wilde knows that something as simple as a symmetrically framed shot of her characters can serve as a silent punchline. Her style is an ideal marriage of visual extravagance and satirical distance. 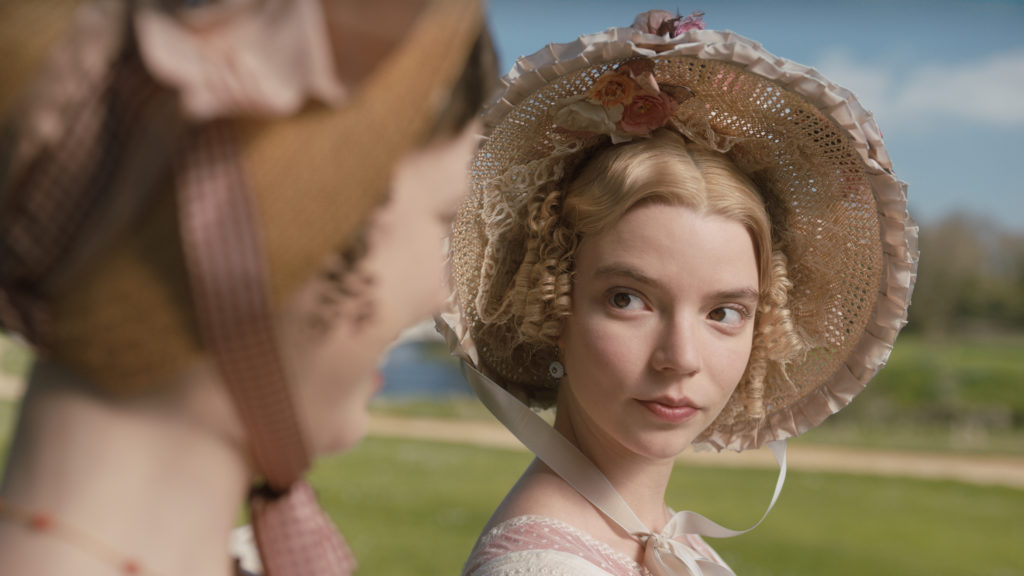 Speaking of ideal marriages: Emma Woodhouse, the 21-year-old queen bee of Highbury, remains as irrepressible a matchmaker as ever. Anya Taylor-Joy, the actress with the piercing gaze who came to prominence in horror movies like The Witch, plays her as a somewhat chillier, more aloof heroine than, say, Gwyneth Paltrow did in 1996. But if anything, that only makes it all the more moving to see Emma’s porcelain-like facade crack as she realizes that her instincts as a judge of character were not as shrewd as she thought.

Fortunately, her longtime family friend Mr. Knightley is there to scold and correct her at every turn. The actor and musician Johnny Flynn, so memorable in the psychological thriller Beast, brings a scruffy rock-star edge to the role of this impeccably well-mannered gentleman. The two of them spar furiously over the matter of Emma’s friend Harriet Smith, whom she’s trying to match up with the local vicar, Mr. Elton — a very funny Josh O’Connor, whom you may recognize as Prince Charles on The Crown. But Emma’s plans have a way of backfiring: Too late she realizes that the foolish Mr. Elton has fallen in love with her, not Harriet.

The late English mystery writer P.D. James once wrote an essay championing Emma as not just a great piece of literature but also a great detective story — a series of deceptions and misunderstandings so cunningly crafted that both Emma and the reader are led up the garden path. By the end, order is happily restored and the truth is shown to have been hiding in plain sight, as Emma realizes how badly she misjudged everyone’s romantic motivations, including her own.

If you’ve read the book or seen an earlier adaptation, you won’t be surprised by any of these revelations. The script, by the Booker Prize-winning novelist Eleanor Catton, is fairly faithful to the story and no less satisfying for it. This Emma isn’t an audacious reinterpretation like Greta Gerwig’s Little Women, which took significant liberties with a similarly beloved novel.

OK, so some Austen purists might take issue with the early shot of Mr. Knightley’s naked backside as a servant helps him dress, or a later scene when Emma briefly lifts her skirt to warm her rear end by the fireplace. But I liked these moments of earthy humor. It’s de Wilde’s way of puncturing her characters’ pretensions, as if to remind us that they’re flesh-and-blood human beings beneath all that stately diction and period finery.

After the effervescent comedy of the movie’s first half, the second is basically one emotional knockout punch after another, aided by a musical score that deftly balances whimsy and melancholy. It helps that de Wilde’s actors are so good at finding fresh nuances even in this timeless material. I loved every hilarious moment of Miranda Hart’s performance as Miss Bates, the village chatterbox whose stories bore Emma to no end — but who turns out to have the biggest heart in Highbury. Mia Goth is especially lovely as the naive, eager-to-please Harriet. And it should come as no surprise that the great Bill Nighy steals his every scene as Emma’s endearing hypochondriac of a father. He’s a perfect mascot for the movie — impeccably dressed, knowingly ridiculous and awfully hard to resist.