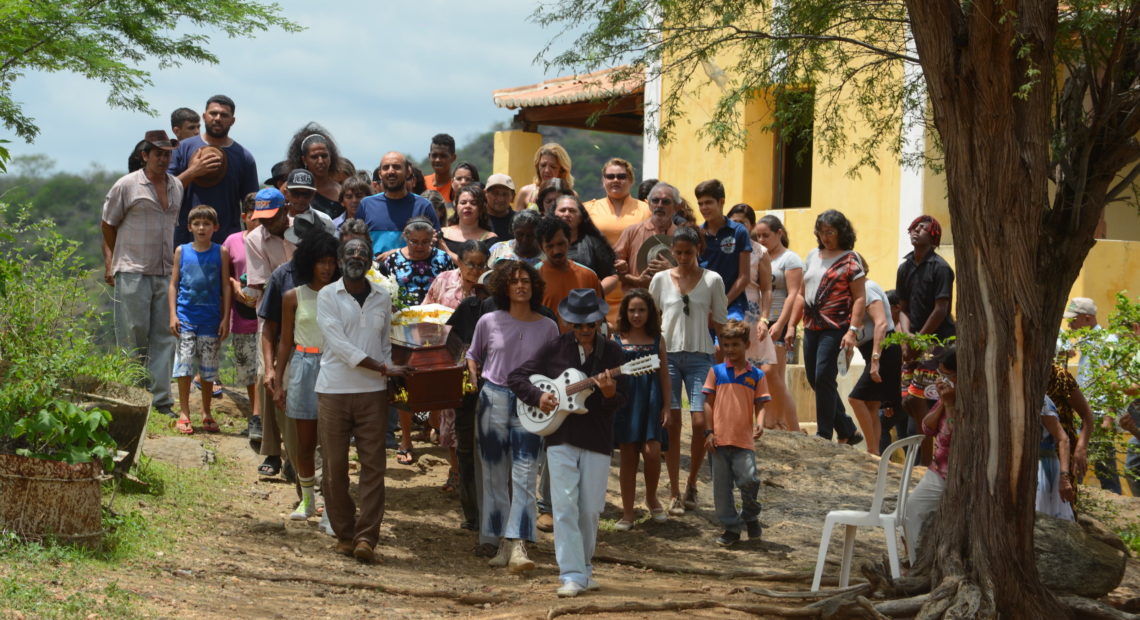 The other day I went to a party and wound up talking to some millennials who are backing Bernie Sanders. The conversation turned to the movies Parasite and Joker, and one of them wondered if the popularity of their shared theme — the abyss between the haves and have nots — meant we might be returning to the rebellious 1960s.

He would find further evidence for this thesis in Bacurau, a funny, violent, unexpectedly moving Brazilian movie that won the Jury Prize at Cannes last spring. Written and directed by Kleber Mendonça Filho and Juliano Dornelles, Bacurau is a genre-busting entertainment that is at once a portrait of a community, a horror thriller and a timely piece of political filmmaking. 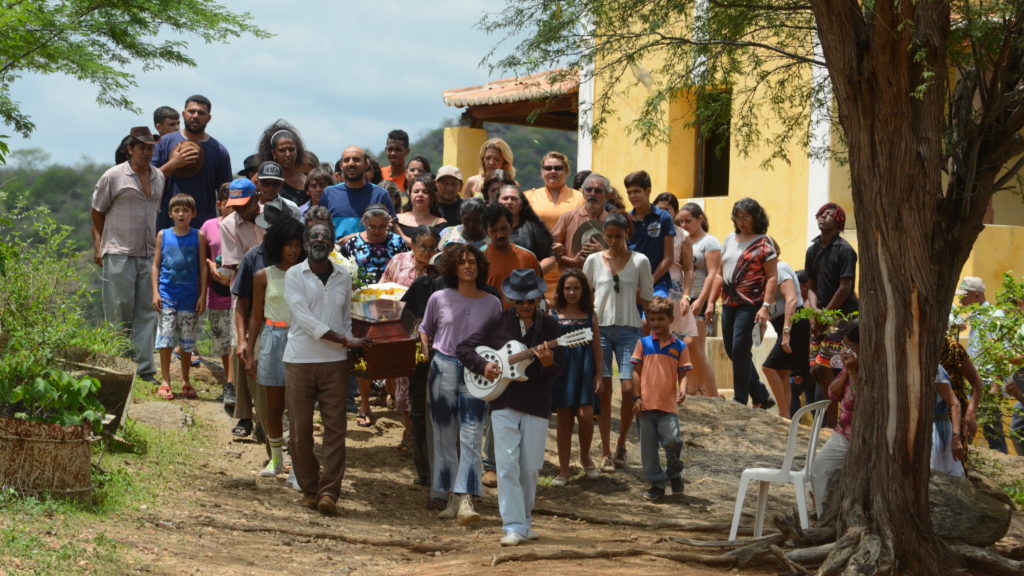 The story is set “a few years from now” in the huge area of northeastern Brazil known as the sertão, an arid, hardscrabble backlands akin to our Wild West. As the action begins, a 30-ish woman named Teresa (Bárbara Colen) returns to her tiny hometown of Bacurau to attend the funeral of her grandmother.

Bacurau is a poor, isolated, slightly magical Latin American town, like Gabriel García-Márquez’s Macondo, that is just bursting with the stuff of life, from music and brothels to a museum rich with local history.

At first, things seem normal in Bacurau, whose tolerant life the filmmakers show us quietly and affectionately. The grandmother is buried in a heartfelt ceremony. The local doctor, played by the wonderful actress Sônia Braga, dispenses medicine when she’s not fulminating drunkenly. And Teresa hooks up with a folk-hero crook, Pacote, played by hunky Thomas Aquino, whose crimes are shown on a big-screen TV in the center of town. Everyone’s main gripe is that the smarmy regional mayor, named Tony Junior, has diverted the local water supply.

Then ominous things start happening: Bacurau disappears from Google Maps; a UFO keeps flying overhead; a water truck is riddled with bullet holes. And what are we to make of those mysterious American tourists staying in a house outside of town? It can’t be a good sign that their guide is the German actor, Udo Kier, whose brand is amorality.

Now, Bacurau is one of those movies like Parasite — or Mendonça’s brilliant debut Neighboring Sounds — where you’re never quite sure which way it’s heading. And just like Parasite, it’s one of those rare movies that manages to be both devoutly national and universal.

On one hand, the film is unabashedly Brazilian, from its opening song by Tropicália chanteuse Gal Costa to its nods to Brazil’s radical Cinema Novo movement of the 1960s. Brazilian audiences know that it’s tweaking their president, Jair Bolsonaro, a virulently anti-liberal populist who makes Donald Trump look mellow.

Yet viewers here will have no trouble following Bacurau‘s cockeyed plot, enjoying its excellent jokes or understanding the power dynamic it’s portraying — though Americans may be startled to see a film in which we are the bad guys. Not that this is any kind of anti-American screed, mind you. While the movie’s not so fond of gun-crazy Yanks, it’s clearly steeped in a passion for American pop culture.

If you’ve ever seen a Western, you’ll know the action is building to a grand showdown, one that Mendonça and Dornelles make not just exciting but politically charged. Faced with danger from the outside, the community bands together to fight back against whoever is coming after them. Grabbing weapons old and new, they draw on their long local tradition of resistance.

As a political fable, Bacurau isn’t what you’d call subtle, though it is emotionally satisfying in its Tarantino-esque fantasy of history’s outsiders fighting back against those who’ve been crushing them. But unlike Tarantino, the filmmakers are driven by an underlying moral seriousness. Their use of violence isn’t heartlessly gleeful — you feel the human weight of people dying — and the movie’s point isn’t the killing. In fact, beneath its exploitation film trappings, Bacurau is actually a film about dignity. It takes a backwater community whose members are normally seen as simple or marginal and treats them with the respect they deserve.