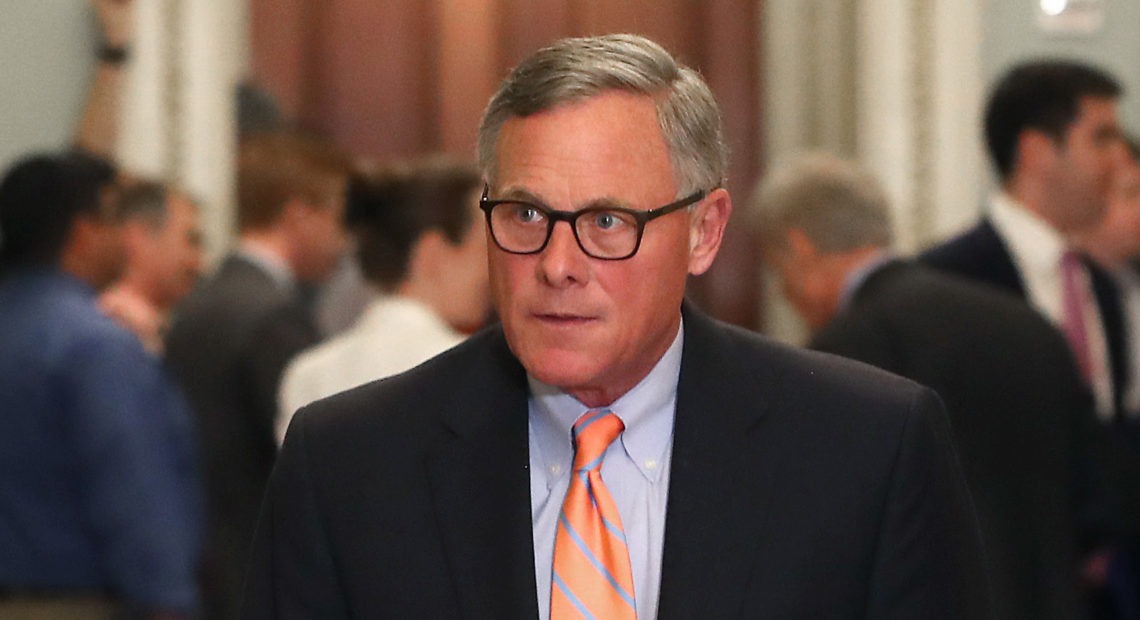 The chairman of the Senate Intelligence Committee warned a small group of well-connected constituents three weeks ago to prepare for dire economic and societal effects of the coronavirus, according to a secret recording obtained by NPR.

The remarks from U.S. Sen. Richard Burr were more stark than any he had delivered in more public forums.

On Feb. 27, when the United States had 15 confirmed cases of COVID-19, President Trump was tamping down fears and suggesting that the virus could be seasonal. 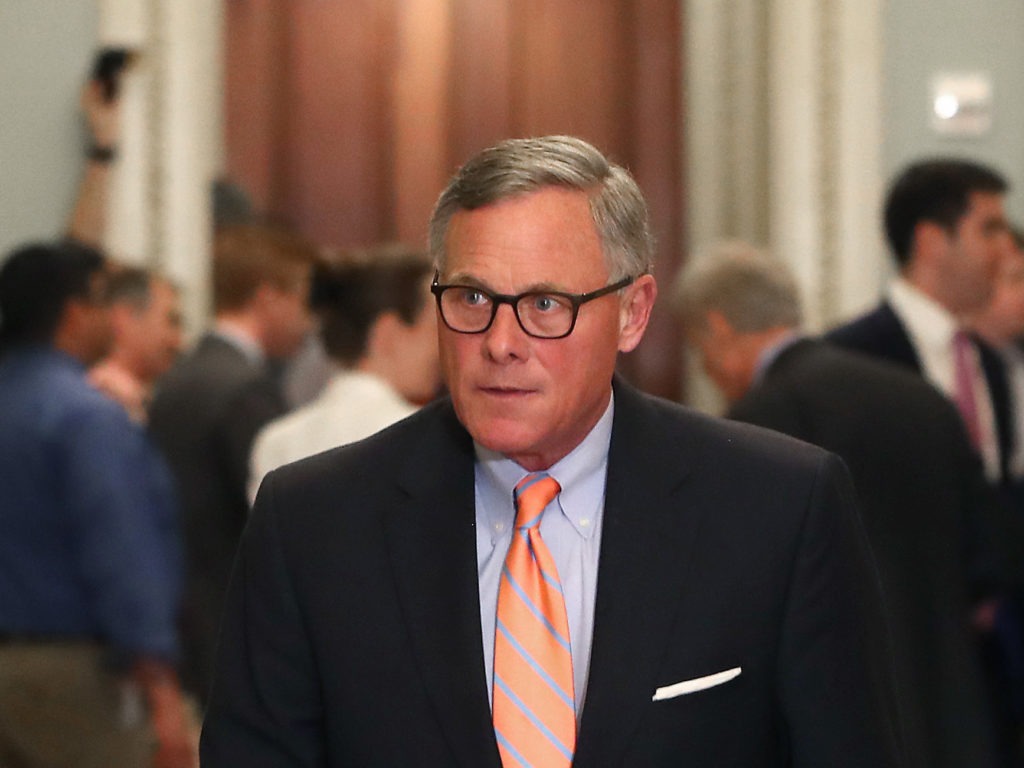 Sen. Richard Burr, R-N.C., pictured here in 2019, warned a small group of constituents on Feb. 27 about the impact of the coronavirus on the U.S., according to a secret recording obtained by NPR. CREDIT: Mark Wilson/Getty Images

“It’s going to disappear. One day, it’s like a miracle. It will disappear,” the president said then, before adding, “it could get worse before it gets better. It could maybe go away. We’ll see what happens.”

On that same day, Burr attended a luncheon held at a social club called the Capitol Hill Club. And he delivered a much more alarming message.

“There’s one thing that I can tell you about this: It is much more aggressive in its transmission than anything that we have seen in recent history,” he said, according to a secret recording of the remarks obtained by NPR. “It is probably more akin to the 1918 pandemic.”

The luncheon had been organized by the Tar Heel Circle, a nonpartisan group whose membership consists of businesses and organizations in North Carolina, the state Burr represents. Membership to join the Tar Heel Circle costs between $500 and $10,000 and promises that members “enjoy interaction with top leaders and staff from Congress, the administration, and the private sector,” according to the group’s website.

In attendance, according to a copy of the RSVP list obtained by NPR, were dozens of invited guests representing companies and organizations from North Carolina. And according to federal records, those companies or their political committees donated more than $100,000 to Burr’s election campaign in 2015 and 2016. (Burr announced previously he was not planning to run for reelection in 2022.)

The message Burr delivered to the group was dire.

Thirteen days before the State Department began to warn against travel to Europe, and 15 days before the Trump administration banned European travelers, Burr warned those in the room to reconsider.

“Every company should be cognizant of the fact that you may have to alter your travel. You may have to look at your employees and judge whether the trip they’re making to Europe is essential or whether it can be done on video conference. Why risk it?” Burr said.

Sixteen days before North Carolina closed its schools over the threat of the coronavirus, Burr warned it could happen.

“There will be, I’m sure, times that communities, probably some in North Carolina, have a transmission rate where they say, ‘Let’s close schools for two weeks. Everybody stay home,’ ” he said.

And Burr invoked the possibility that the military might be mobilized to combat the coronavirus. Only now, three weeks later, is the public learning of that prospect.

“We’re going to send a military hospital there; it’s going to be in tents and going to be set up on the ground somewhere,” Burr said at the luncheon. “It’s going to be a decision the president and DOD make. And we’re going to have medical professionals supplemented by local staff to treat the people that need treatment.”

Burr has a unique perspective on the government’s response to a pandemic, and not just because of his role as Intelligence Committee chairman. He helped to write the Pandemic and All-Hazards Preparedness Act (PAHPA), which forms the framework for the federal response.

But in his public comments about the threat of COVID-19, Burr never offered the kind of precise warning that he delivered to the small group of his constituents.

On Feb. 7, Burr co-authored an op-ed that laid out the tools that the U.S. government had at its disposal to fight the coronavirus.

“Luckily, we have a framework in place that has put us in a better position than any other country to respond to a public health threat, like the coronavirus,” Burr said in a statement on March 5.

He pressed a CDC official in early March as to why the nation’s pandemic surveillance capabilities had fallen short despite the millions in funding he had helped secure for that purpose through PAHPA.

But despite his longtime interest in biohazard threats, his expertise on the subject, and his role as chairman of the Senate Intelligence Committee, Burr did not warn the public of the government actions he thought might become necessary, as he did at the luncheon on Feb. 27.

Burr’s office did not directly respond to a list of questions sent by NPR.

“Since early February, whether in constituent meetings or open hearings, he has worked to educate the public about the tools and resources our government has to confront the spread of coronavirus,” Carroll wrote. “At the same time, he has urged public officials to fully utilize every tool at their disposal in this effort. Every American should take this threat seriously and should follow the latest guidelines from the CDC and state officials.”

One public health expert told NPR that early warnings about a coming health crisis and its effects could have made a difference just a few weeks ago.

“In the interest of public health, we actually need to involve the public. It’s right there in the name. And being transparent, being as clear as possible is very important,” said Jason Silverstein, who lectures at the Department of Global Health and Social Medicine at Harvard Medical School.

“The type of language that could have come out there at the end of February saying here’s what we ought to expect could have, you know, not panicked people, but gotten them all together to have to all prepare,” Silverstein added.