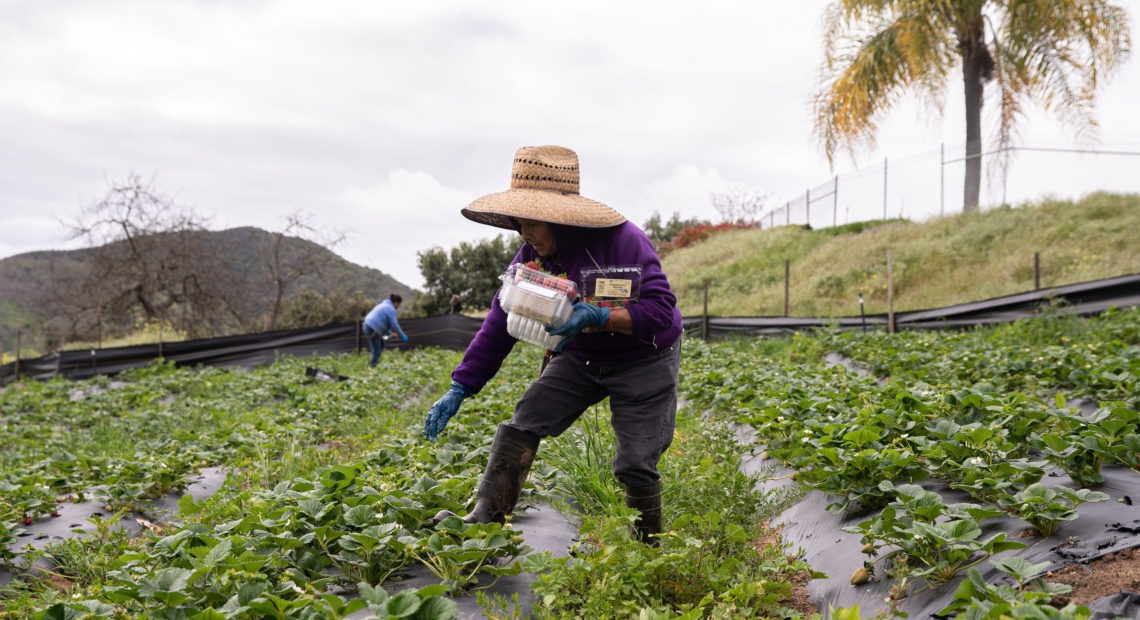 Thousands of farmworkers are now carrying a new document with them on the road, in case they get stopped. Barbara Resendiz got hers last Friday, together with her paycheck. The small card explains that the Department of Homeland Security considers her job to be part of the nation’s critical infrastructure and that she needs to get to work, despite California’s order to shelter in place.

Resendiz works for Sierra Farms, a strawberry grower near Watsonville, Calif. The card recognizes something that she knows to be true, and wishes more people understood. “What would be great would be for people to know how important we as a community are, not just when there’s a state of emergency,” she said, speaking through an interpreter.

But being essential also brings danger. Staying on the job makes it more likely that the virus will spread quickly from one worker to the next — especially when workers are living in crowded temporary housing, sharing rides, and eating together. 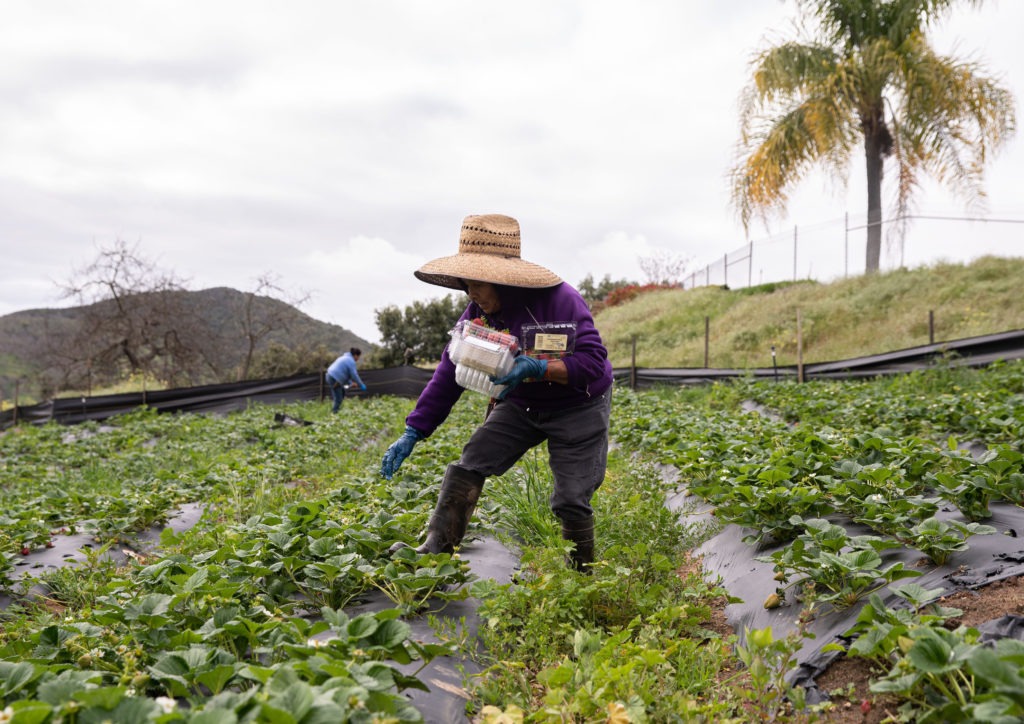 Western Growers, the leading association of fruit and vegetable producers in California and Arizona, has told its members that farmworkers are covered by guidance from the Centers for Disease Control and Prevention for “personnel in critical/essential infrastructure positions,” such as emergency first responders. According to that guidance, “these personnel may be permitted to continue work following potential exposure [to the coronavirus] …. provided they remain asymptomatic.” So if one worker tests positive for the virus, employers are not obligated to send that person’s co-workers home as well.

A few farmworkers, however, are taking matters into their own hands and refusing to work at farms where they don’t feel safe. Resendiz says that she knows of one vegetable farm where “a lot of people haven’t returned to work because of the fear, because they haven’t been given information.” So many workers went missing that “a job that should have taken a week is now delayed until further notice.”

According to many people involved in the food industry, it is this risk — a shortage of workers — that poses COVID-19’s most immediate threat to the country’s supply of perishable foods. The concern focuses on labor-intensive operations like vegetable fields, meat-processing facilities, and shipping centers. Employers point out that much of this work, including work in the fields, demands a high level of skill, and experienced workers often can’t be replaced.

The biggest fear is of a wave of sickness among workers. Cannon Michael, a grower in California’s Central Valley, wrote in an email to NPR that “if it gets into the farm worker population, it will spread like wildfire.”

The virus is changing life in the fields, as farms try to keep workers safe. Workers in the strawberry fields at Sierra Farms “are six feet apart in every single row,” says Jacqueline Vazquez, the farm manager. “They are washing their hands every two hours. Making sure that even during breaks and lunches, people are six feet apart. We have asked that people don’t share food. That’s been a big tradition in agriculture — ‘I’ll bring the burritos and you bring the drinks’ — but for right now, we’ve asked that that not happen.”

There have been only a few reports so far of agricultural workers getting sick with COVID-19. Sanderson Farms, a big poultry producer, announced on March 23 that one worker in a processing plant in McComb, Miss., had tested positive for the virus. According to the company’s statement, that person and six others who worked at the same small processing table had been “sent home to self-quarantine with pay.” Foster Farms, another poultry producer, took similar steps when two employees at a plant in Louisiana tested positive.

Several other food companies, when asked whether any employees had tested positive for the virus, declined to provide any information. A spokesperson for Tyson, the country’s biggest poultry processor, wrote in an email that “we’re not able to provide specifics about any team member’s health.”

That just changed, at least temporarily. Congress has passed a law — which remains in effect only until the end of 2020 — that requires every employer to provide at least 80 hours of paid sick leave. It also requires employers to provide partial pay to workers who are forced to stay home because their children’s schools are closed due to coronavirus concerns. The government will reimburse employers for most of this expense.

The new law, on paper, represents a dramatic one-time boost in benefits for many farmworkers. Bt Alexis Guild, director of health policy for Farmworker Justice, an advocacy group, isn’t yet confident that the new law will be strictly enforced on farms. “Workers may be worried about losing their job if they were to take sick leave, even though there are retaliation protections,” Guild says.

Lupe Sandoval, managing director of the California Farm Labor Contractor Association, says he’s “hopeful” that farmworkers won’t get sick, but admits that there’s a “pretty good likelihood” that the virus eventually will show up among these workers. He also says that “we don’t want workers scared to go to work.”

Resendiz, the farmworker in Watsonville, says that employers need to provide clear and accurate information. “If there isn’t enough information, then yeah, people won’t be going to work because they’re afraid,” she says. “If your employer gives the employee the tools and supplies needed to protect themselves, I think there’ll be less fear and more people at work.”

“We are taking a risk to provide the food on your table,” she says. “We’re going to protect ourselves as much as we can. But it is a risk.”