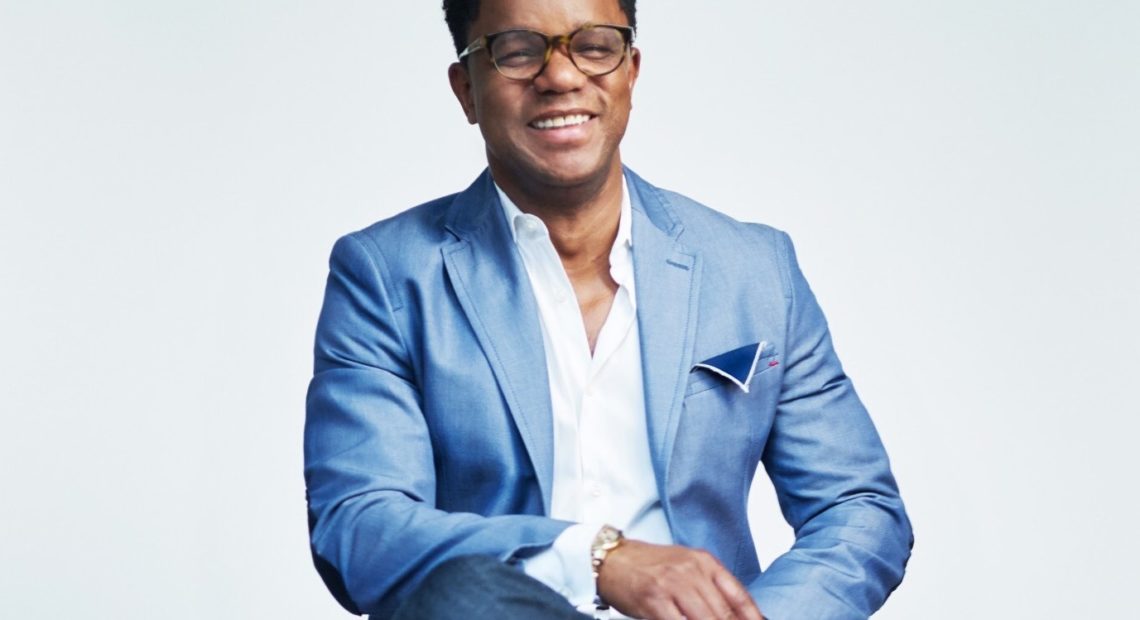 The crowd at Clement’s Place is primed. The acclaimed vibraphonist Stefon Harris and his band, Blackout, are onstage in this snug jazz club on the campus of Rutgers University in Newark, N.J. Harris has high ambitions. He seeks to use his instrument and his already considerable reputation to change the way people relate to each other — to create empathy. But on this night, he’s also there to play.

At first, Harris toys with his listeners, hinting at the melody. Then, in a heartbeat, the rest of the band charges into the tune up-tempo. Harris’ mallets ricochet off the aluminum bars of the vibraphone, his face contorted in concentration. The former high-school wrestler, with his compact body, dominates the big instrument — pinning it, clinching it, dancing with it. 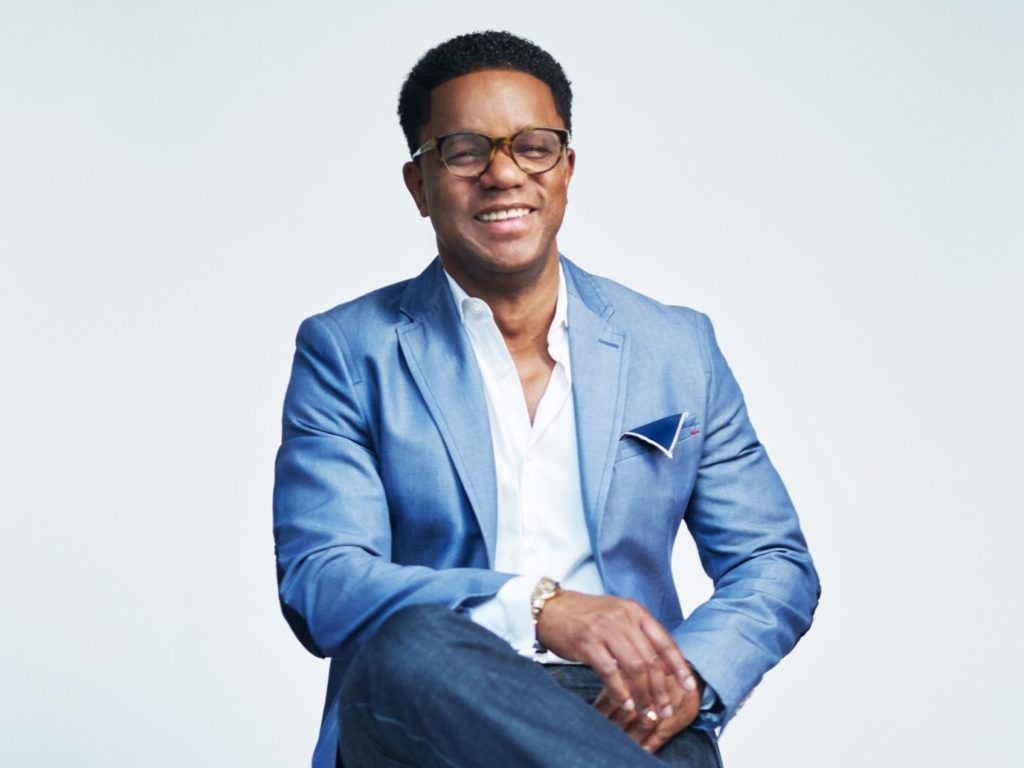 Stefon Harris
Courtesy of the artist

A grinning woman at the bar shouts out, “Aw, you’re just showin’ off!”

When the song ends, everybody leaps out of their seats in ecstatic appreciation. They now understand why critics rate Harris, year after year, as the best vibraphonist in jazz.

Harris has been on the scene for more than 20 years, since his debut album was released on Blue Note in 1998. He’s played with everybody from jazz legends Max Roach and Joe Henderson to vocalist Cassandra Wilson. He’s won a slew of accolades and awards. The latest: last month the Apollo Theater gave him an Apollo New Works commission to keep composing.

But Stefon Harris — vibraphonist, educator, thinker — is about a lot more than creating music.

“The vibraphone, in my opinion, is just a bunch of metal and wood,” he says. “It’s not that important. Instruments are just tools. What’s important is the mission behind the individual who’s utilizing the tool. My ultimate passion is about the proliferation of empathy.”

“I’m hoping the impact, in the end, is not ‘Oh, he was the greatest vibraphonist.’ I hope the impact is that he taught generations of people to listen to one another and understand one another,” he says.

Harris wears a variety of hats to push out his philosophy of empathy.

His TED Talk, “There are no mistakes on the bandstand,” has had more than 750,000 views. He’s co-developed an app called Harmony Cloud to help students with ear training. And he gives musical presentations to business groups using band dynamics to talk about corporate teamwork.

“Empathy is essentially the science of understanding,” Harris says. “And that’s something that’s necessary in local communities; it’s necessary in elementary schools, on a collegiate level and in a corporate boardroom.”

Harris grew up in Albany, N.Y. His family lived in public housing, moved a lot and didn’t have money for musical instruments or lessons.

His earliest exposure to music came through the church and his mother, Euthia Benson, an Apostolic minister.

“Music was there to amplify the pain that we were going through as a family and as a community,” Harris told the crowd at Clement’s Place before the show started. “Someone would stand up, Sister Johnson or whoever it would be, and testify. And maybe she said, ‘My brother was sick last week and I want to let you know he’s feeling better.’ And you know what I mean? That G minor would just come out of nowhere.”

And as the organ chord swelled under her testimony, he learned that music was not purely for entertainment, it had a purpose.

“Stefon, to me, approaches every musical situation trying to contribute both to what’s happening between the musicians on stage, but also to reflect back to the audience something profound,” says Wayne Winborne, director of the Institute for Jazz Studies at Rutgers and a longtime friend of Harris. “The term he uses is empathy. I tend to talk about it as humanity.”

Harris showed an early aptitude for music. He played around on a beat-up piano someone left in an empty apartment. Between a community center and his public school, he tried out two dozen instruments, including bassoon and trombone.

“Trumpet, or small mouthpiece instruments, I was terrible at. I just couldn’t get the hang of that,” he remembers.

Then he discovered a marimba in the seventh grade music room. He picked up the mallets and started playing scales. That eventually led to the vibraphone, with its physicality and lush vibrato. He was convinced he wanted to be a classical musician until one day he discovered jazz through the genius of Charlie Parker.

Being captain of the wrestling team taught him to train and to work hard, and to perform when he played.

Harris is about to step down as Director of Jazz Arts at the Manhattan School of Music and join the music faculty at Rutgers later this year. He will continue to teach what he believes about how to be a jazz musician and how to be an empathetic person.

“I want my audience to feel the connection between human beings — five brothers who are on the stage who’ve known each other for a long time, who’ve had ups and downs but who love each other. Who are vulnerable, who are willing to take chances in the moment to discover beauty.”

He concludes with a smile, “The bandstand is a sacred space.”