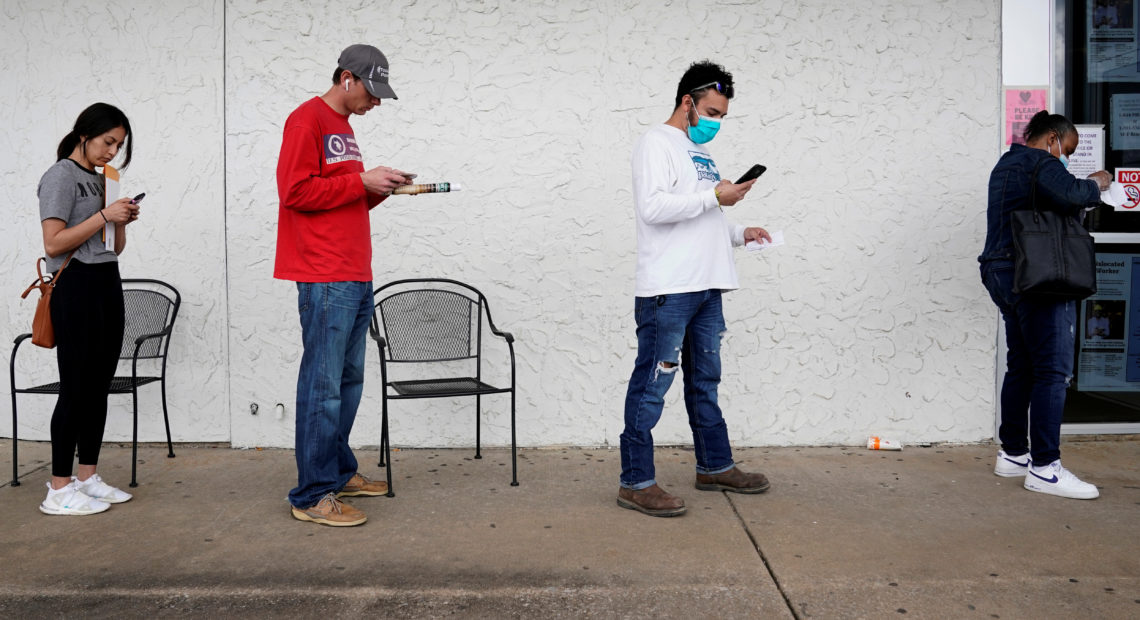 The number of people filing for unemployment climbed by another 5.2 million last week as the toll of the nation’s economic dive amid the pandemic continues to mount. That number is down from the revised 6.6 million in the week that ended April 4, the Labor Department said.

But in the past four weeks, a total of 22 million have filed jobless claims — nearly wiping out all the job gains since the Great Recession. 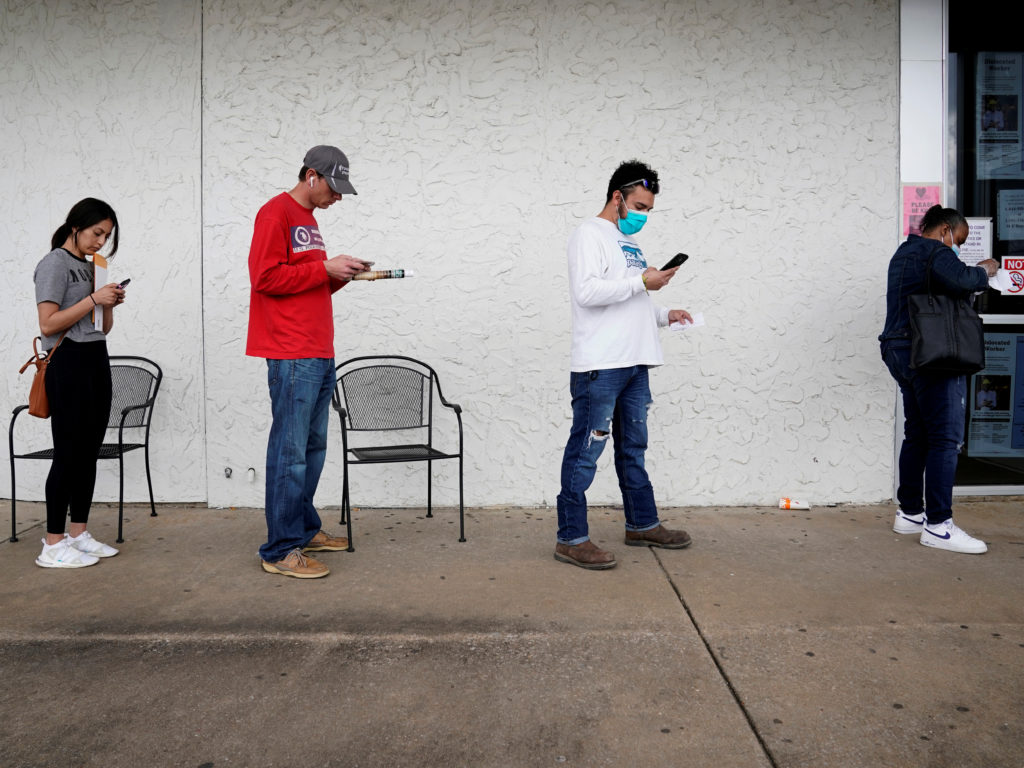 People who lost their jobs wait in line to file for unemployment benefits at an Arkansas Workforce Center in Fayetteville, Ark., on April 6.
CREDIT: Nick Oxford/Reuters

The dramatic reversal followed a decade of spectacular growth in jobs that brought the unemployment rate to near 50-year lows along with record low jobless rates for blacks and Hispanics. Now the job market is on its knees.

The unemployment rate is expected to surge in coming months, with many full-time workers pushed into part-time jobs or not working at all. The economy lost about 700,000 jobs in March — ending 113 straight months of increases. And overall job losses are likely to be 10 to 20 times that big in April, says Dante DeAntonio, an economist at Moody’s Analytics.

“The speed and scale of job losses will be more similar to a natural disaster than a typical recession,” DeAntonio says.

In its first four weeks, the crisis has erased job openings “at a rate that took the Great Recession nine months to match,” says Daniel Zhao, senior economist at Glassdoor.

While the first wave of layoffs tended to hit hospitality, energy and retail workers, the current round is affecting a broader swath of the economy. 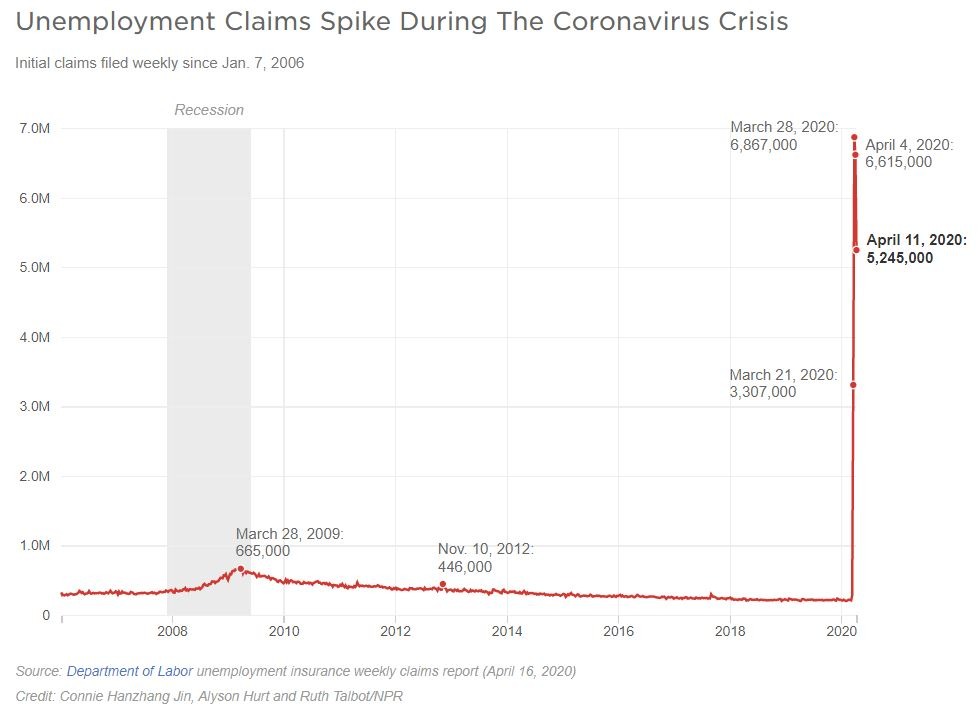 Gregory Daco, chief U.S. economist at Oxford Economics, says the April unemployment report is likely to show a loss of 3.4 million jobs in business services, which include architects, lawyers, consultants and advertising professionals.

“The virus shock does not discriminate across sectors as we initially thought,” Daco told The Wall Street Journal.

Zhao says that “it’s hard to find an industry or city not impacted by the coronavirus currently.”