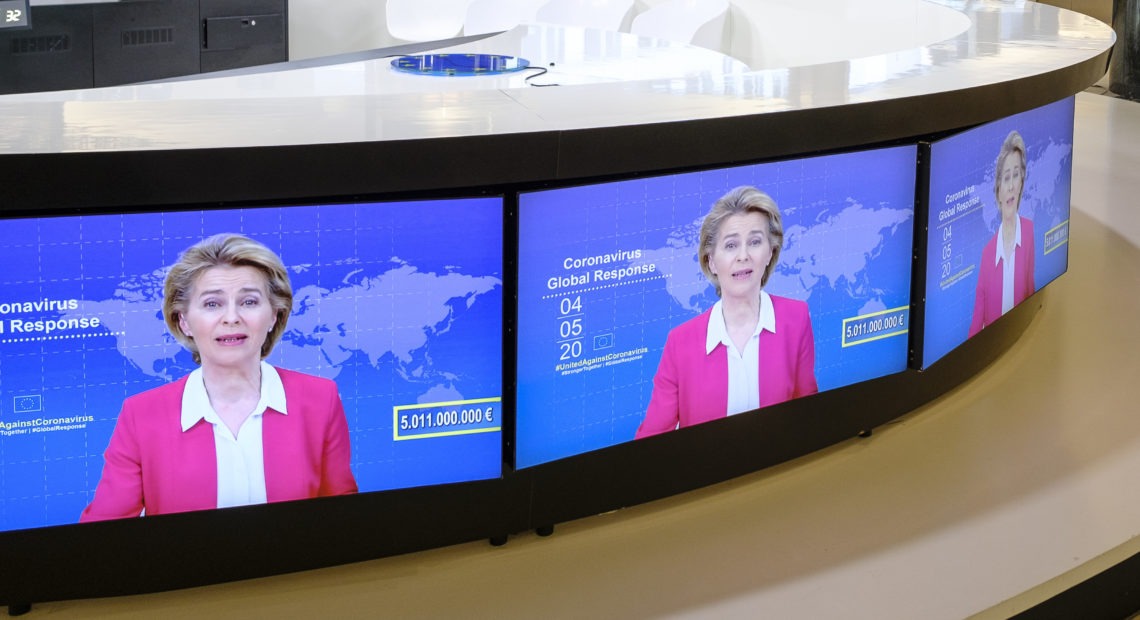 A global alliance responded to calls to fight the coronavirus pandemic on Monday, as world leaders pledged some $8 billion to develop vaccines and treatments to fight COVID-19. The cavalcade of donors did not include the U.S., which did not participate despite being a major contributor to global health initiatives. 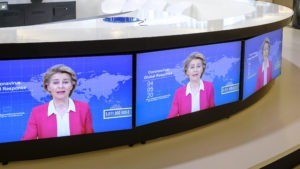 “Today the world showed extraordinary unity for the common good,” said European Commission President Ursula von der Leyen, one of the event’s hosts. “Governments and global health organizations joined forces against coronavirus. With such commitment, we are on track for developing, producing and deploying a vaccine for all.”

The funding summit came as the viral disease that was unknown just months ago is now confirmed to have infected more than 3.6 million people, including 250,000 who have died. The U.K., Canada, France, Germany, Italy, Japan, Norway and Saudi Arabia led the high-profile pledge drive, along with the European Commission.

“It’s humanity against the virus — we are in this together, and together we will prevail,” U.K. Prime Minister Boris Johnson said.

As the pledge conference took place, the Trump administration held a telephone briefing for reporters in which senior officials repeatedly called the U.S. the leader in the fight against COVID-19. But the officials also repeatedly refused to go into detail about why the U.S. was absent from a meeting in which the world’s leaders made commitments to that fight.

Monday’s fund drive was held in response to the World Health Organization’s call for global collaboration to contain and defeat COVID-19. That call went out after President Trump announced the U.S. – the largest single donor to the WHO — would suspend payments for at least 60 to 90 days. The president accused the organization of being overly influenced by China, the country where COVID-19 was first identified.

In the telephone briefing, Trump administration officials said they welcome the EU’s push for more funding, saying the U.S. currently backs some of the same health efforts.

“Many of the organizations and programs this pledging conference seeks to support already received very significant funding and support from the U.S. Government and private sector,” a senior administration official said, “and we would welcome additional high quality, transparent contributions from others.”

It was the second time in recent weeks the U.S. has skipped an international meeting on the coronavirus, leaving a void on the world stage. The Trump administration did not attend a Group of 20 session on COVID-19 in late April because it was organized by the WHO, as NPR’s Michele Kelemen reports.

The Trump administration’s dispute with the WHO is also said to have affected the U.N. Security Council’s response to COVID-19.

“The secretary-general wants the U.N. to call for cease-fires around the world to get everyone focused on battling COVID-19,” Kelemen says. “But you know, as they’re working on this draft, the U.S. doesn’t want references to the WHO in there. And China, I’m told, has been pushing for more.”

A parade of countries and leaders took part in Monday’s pledge conference. WHO Director-General Tedros Adhanom Ghebreyesus rattled off the donors on his Twitter feed, thanking them for their commitments.

Von der Leyen also singled out donations from countries ranging from Israel to Latvia and Mexico, as the leaders of dozens of countries voiced their hopes that a vaccine can be found and life can soon return to normal. Spain and Italy — two countries that have sustained horrible losses from the coronavirus — also took part.