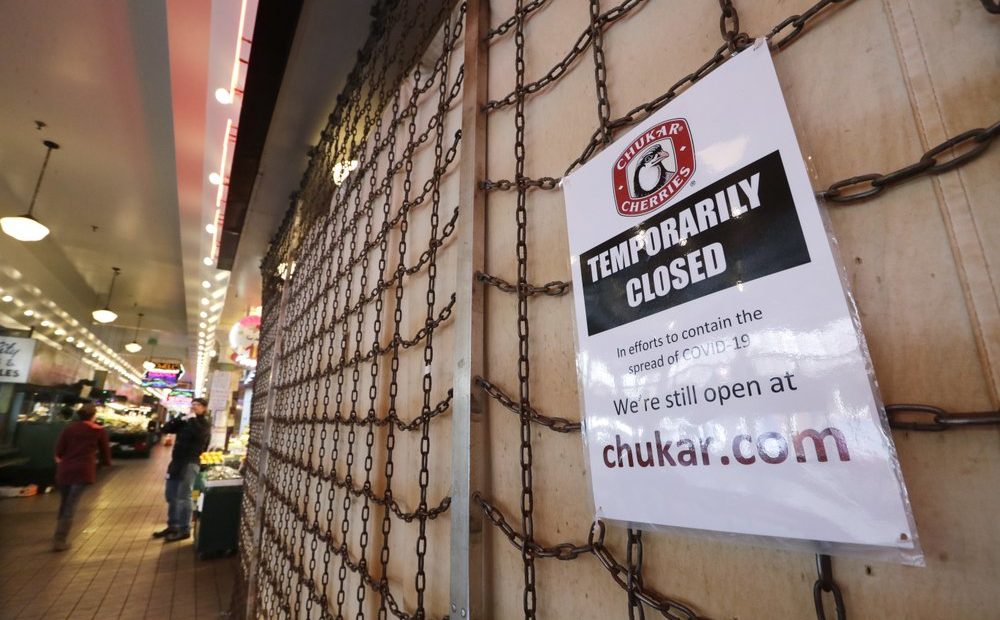 Impostors have used the stolen information of tens of thousands of people in Washington to fraudulently receive hundreds of millions of dollars in unemployment benefits, the head of the state’s Employment Security Department said Thursday.

Commissioner Suzi LeVine said the state is working with federal law enforcement, financial institutions and the U.S. Department of Labor to investigate the fraud and try to recover the money paid out during the huge spike in joblessness during the coronavirus crisis.

LeVine said she can’t release specific numbers or details of the ongoing investigation. But she said that countermeasures taken by the state have “prevented hundreds of millions of additional dollars from going out to criminals and have prevented thousands of fraudulent claims being filed.”

LeVine said that in addition to other measures the agency has already taken, they will continue to delay payments — a step they first took last week — to all applicants in order to take extra steps to verify claims. Previously, applicants set up for direct deposit receive their money within 24 to 48 hours. Now, they will need to wait an additional two days.

The New York Times and Seattle Times have previously reported that a U.S. Secret Service alert issued last week identified Washington as the top target so far of a Nigerian fraud ring seeking to commit large-scale fraud against state unemployment insurance programs. LeVine said she couldn’t speak to the details of the investigation, but said that the Secret Service alert wasn’t directly shared with her, but that the agency received it through other sources.

But LeVine said agency officials realized something was amiss before that alert, once they started receiving communication from employers or employees who received information about unemployment benefits that the employee didn’t seek.

More than 1.1 million people in Washington have filed for unemployment benefits since businesses started closing in March due to COVID-19, but state officials said Thursday they believe some portion of an increase in claims seen in the past week are due to so-called “impostor fraud” claims.

LeVine said previously that there have been no data breaches at the agency, and that recent fraud attempts are cases where someone’s personal information has been previously stolen from other sources — like during the 2017 Equifax breach — and is now being used to filed for benefits.

“These are very sophisticated criminals who have pretty robust collections of information on people, and they are activating and monetizing that information,” she said.

More than 1.6 million claims for unemployment benefits — with some of that number reflecting people who filed multiple claims — were filed for the week of May 10-16, and more than $1 billion was paid last week to 565,764 individual claims. To date, the state has paid out nearly $3.8 billion in benefits to more than 768,000 people, including federal money that is providing the unemployed with an additional $600 per week on top of the state’s weekly maximum benefit of up to $790 per week.

Levine noted that Washington’s state’s weekly maximum benefit — the second highest in the nation — plus the additional federal weekly money “does make us a more attractive target overall.”

Washington’s stay-at-home order — in place since March 23 — has been extended through at least May 31. The state’s unemployment rate has jumped to a record 15.4% last month and the state’s economy lost 527,000 jobs last month. LeVine said that a jump in new unemployment benefit claims last week — long after most business closures occurred — point to additional fraud attempts across various industries.

“It is a broad spectrum of employers in both the public and the private sector who have had this impacting their employees,” LeVine said.

Over the past two months, nearly 39 people nationwide have filed for unemployment aid due to the economic impacts of the coronavirus.

Gov. Jay Inslee announced a four-stage reopening plan earlier this month, and has allowed counties with fewer new cases to apply to jump ahead to the second stage, which allows some businesses to reopen, including dine-in restaurants at half capacity. Ten counties have already been approved, and Inslee announced Tuesday that 10 more counties are now eligible to apply.

More than 19,115 people in Washington state have tested positive for the coronavirus, and at least 1,044 have died. The virus causes mild to moderate symptoms in most patients, and