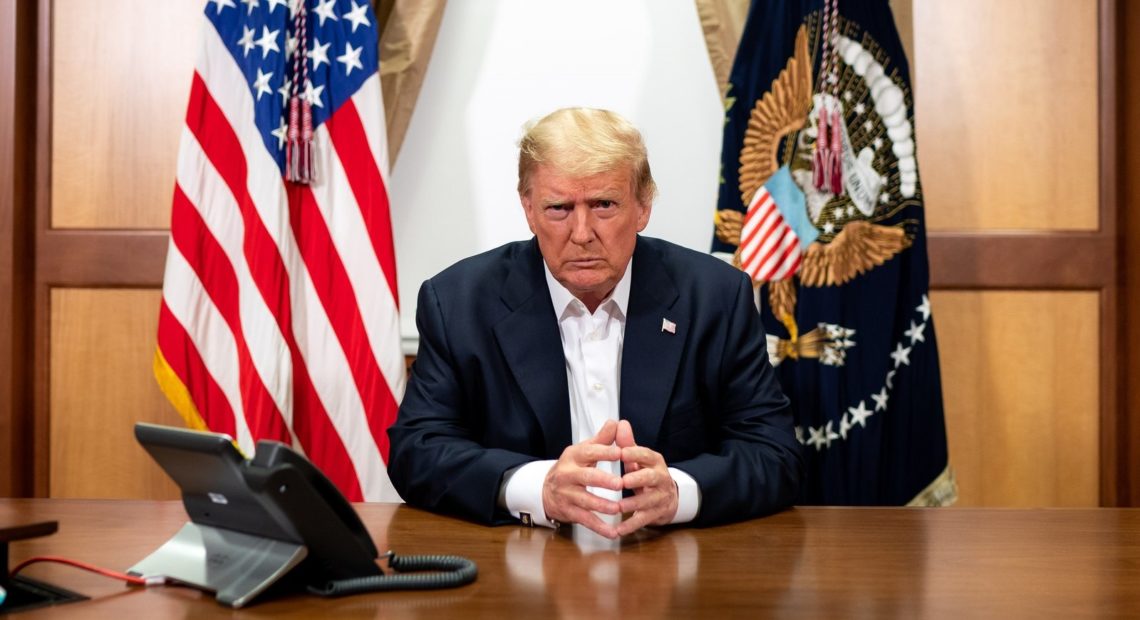 President To Leave Hospital; Doctors Say He’s Not ‘Entirely Out Of The Woods Yet’

President Trump has tweeted that he will leave Walter Reed National Military Medical Center, where he has been receiving treatment for COVID-19, on Monday evening. His doctors later reiterated that it was safe for him to return to the White House but that his treatment regimen is ongoing.

Meanwhile, a number of Trump’s associates at the White House and with the campaign have also tested positive for the coronavirus.

Yet Trump sounded particularly optimistic in his tweet announcing his impending release.

“Feeling really good! Don’t be afraid of Covid. Don’t let it dominate your life. We have developed, under the Trump Administration, some really great drugs & knowledge. I feel better than I did 20 years ago!” Trump wrote.

I will be leaving the great Walter Reed Medical Center today at 6:30 P.M. Feeling really good! Don’t be afraid of Covid. Don’t let it dominate your life. We have developed, under the Trump Administration, some really great drugs & knowledge. I feel better than I did 20 years ago!

His medical team briefed the press on his health status Monday afternoon and confirmed the president would be returning to the White House.

Sean Conley, Trump’s physician, said although Trump may not be “entirely out of the woods yet,” he believes he is ready to get his care at the White House. 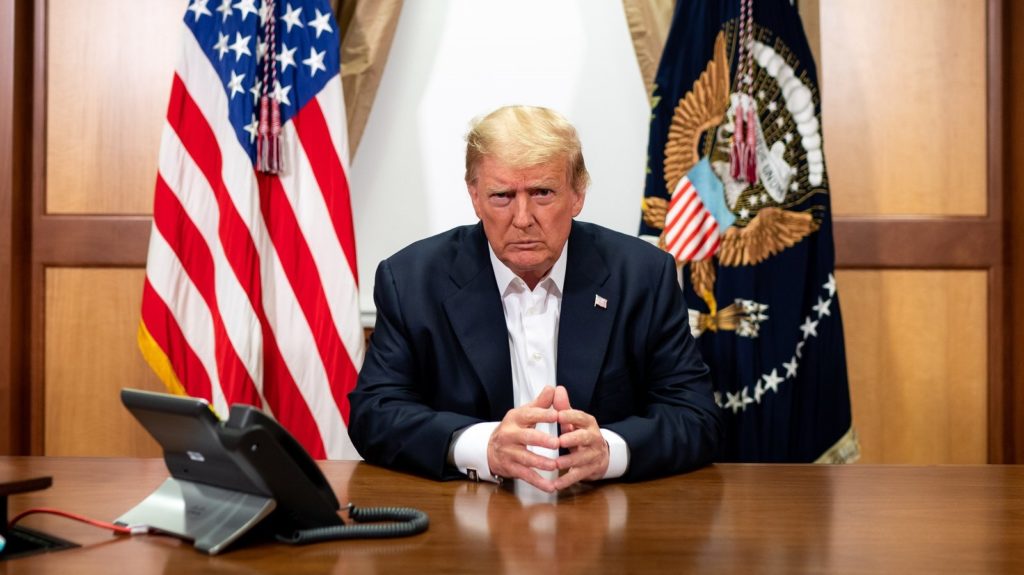 “We’re in a bit of uncharted territory when it comes to a patient that received the therapies he has so early in the course,” Conley said.

Trump first arrived at Walter Reed on Friday night after sharing the news of his positive coronavirus test early that morning.

During a briefing Sunday, Trump’s physicians shared that the president had received his first dose of the steroid dexamethasone on Saturday after two drops in his oxygen levels and is undergoing a five-day course of remdesivir. Dr. Brian Garibaldi told reporters on Monday that Trump would get the fifth dose of remdesivir at the White House on Tuesday night and that he continues to receive steroids.

Conley would not go into details regarding the president’s lung scans, citing patient privacy regulations, and refused to say when Trump’s last negative coronavirus test was, saying, “I don’t want to go backwards.”

When asked whether Trump had experienced any side effects from the medications, including mental fogginess, Conley simply said, “I think you’ve seen the videos and now the tweets, and you’ll see him shortly, you know, he’s back.”

He declined to comment on Trump’s tweet that people shouldn’t be afraid of the coronavirus, a striking statement as the American death toll climbs past 209,000.

Since being admitted for treatment, Trump and his administration have worked to convey an image of strength and normalcy, with the White House insisting that Trump has continued to carry out his duties, releasing photos of him purportedly working in the hospital. Trump has also shared video messages on Twitter.

On Sunday, Trump made an unannounced motorcade visit outside the facility to greet supporters gathered there.

The timeline of Trump’s symptoms from the coronavirus has been at times murky, with inconsistencies between the medical briefings and statements from White House officials.

The discrepancies have led to concerns about the transparency of the administration on the president’s battle with the coronavirus.